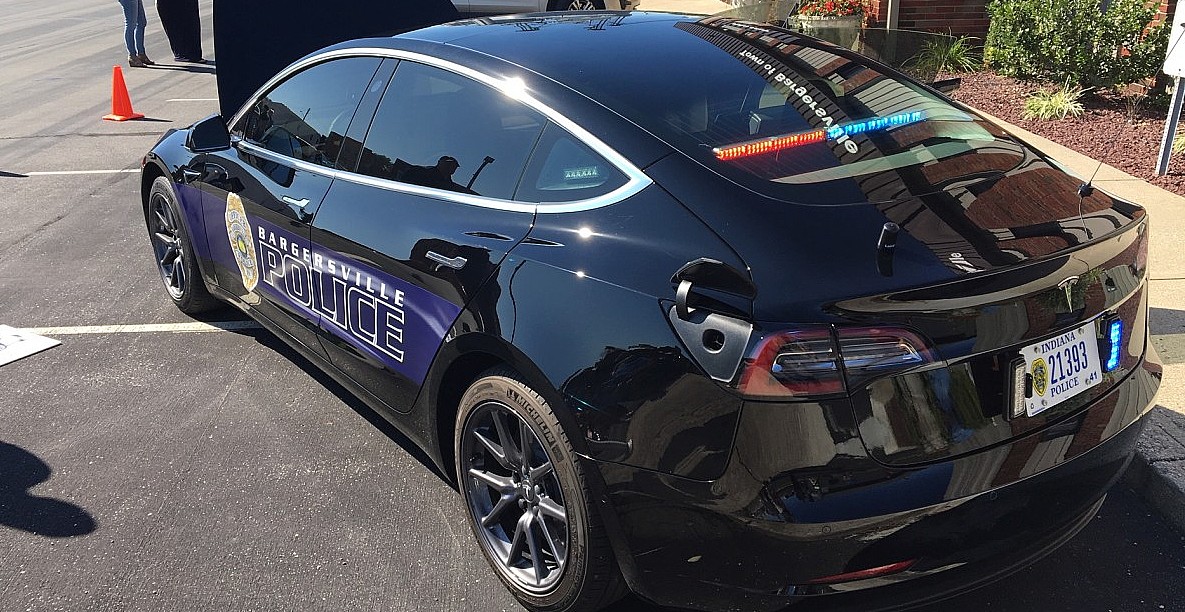 The town police department of Bargersville, Indiana recently added a Tesla Model 3 to its patrol fleet, and the all-electric vehicle is set to take to the streets for duty today, as reported by a local news station.

Alongside its new Model 3, Bargersville Police Department currently operates four Dodge Chargers although plans are in the works to replace those with Tesla patrol cars as well. The primary rationale for the switch was cost savings; without the usual fuel and maintenance costs that are associated with gas-powered vehicles, the town will reportedly save around $6,000 dollars per year for each Model 3 switch. “We need to hire new people and that all lowers the tax rates, so the goal is to kind of keep that as low as we can,” Bargersville Police Chief Todd Bertram explained. “Even the tires and the windshield wipers are cheaper on the Tesla than on the Dodge Charger.”

A few other advantages were cited by the department when speaking with reporters. “Especially at nighttime, the sound of the cars when we’re trying to come up on something a little bit more discretely than what we would normally come up (in) during the daytime, it’ll help out with that,” explained Jeremy Roll, Bargersville Police’s public information officer, referring to the lack of an engine sound in the Model 3. He also noted that the car’s cabin temperature control features would be appreciated, especially in winter.

A Tesla Model 3 police car made an appearance at the Accelerate Policing conference in Phoenix, AZ in May; however, the Bargersville’s vehicle is the first one known so far in the US to have officially joined a police fleet. The Model S has been brought into service for several forces around the world already, including in Fremont, California and Basel-Stadt, Switzerland. The higher price tag of the variant often is a hindrance to more widespread adoption of the vehicle by police forces subject to budgetary constraints. The Model 3 looks as though it will be an ideal compromise, though.

Specific modification details were not provided for Bargersville’s Model 3, but if it’s anything like Fremont’s Model S, additions may have included an overhead light bar, rear flashers, an in-vehicle camera, a push-bumper, partitions between the front seat and back, and front doors that are replaced with armored panels. The vehicle’s plush back seats were likely also changed to a smooth plastic seat as is standard fare in police cars.

Perhaps the lower pricing of Tesla’s Model 3 combined with the significant savings over gas vehicles will lead to widespread adoption of the vehicle similar to how other models, such as Ford’s Crown Victoria, became popular with police departments.