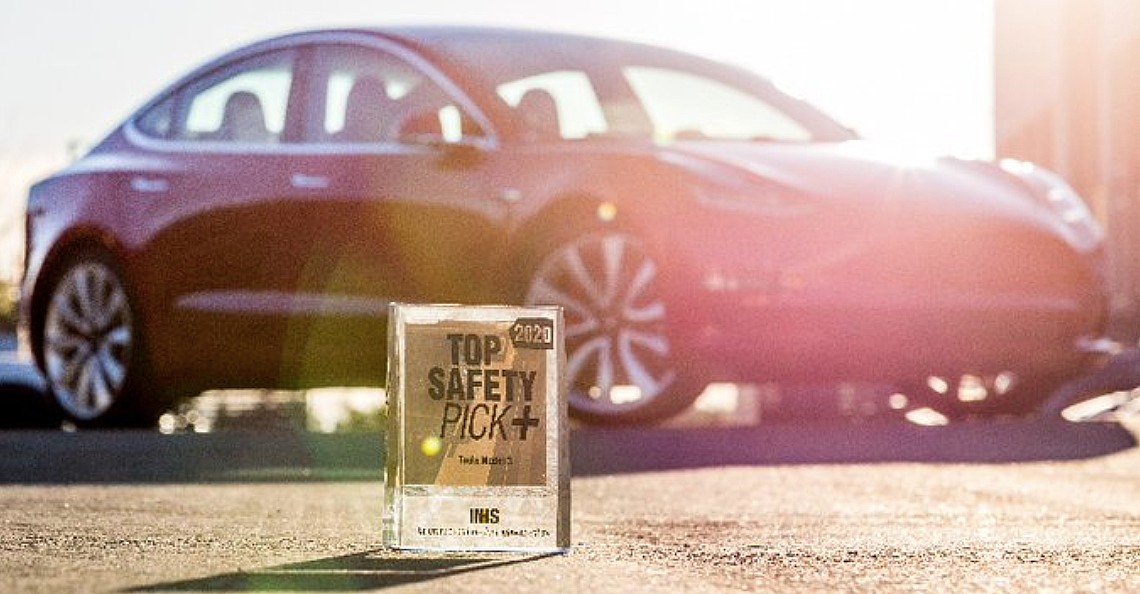 The Tesla Model 3 has retained its stellar safety rating from the Institute for Highway Safety (IIHS), earning the organization’s rare Top Safety Pick+ award for 2020. The announcement was shared by the electric car maker and the safety group on their official Twitter accounts.

Not a lot of vehicles receive the IIHS’ Top Safety Pick+ rating. To earn the award, vehicles must have “Good” scores in the driver-side small overlap front, moderate overlap front, side, roof strength, and head restraint tests. “Good” ratings are also required for the vehicle’s headlights, a metric that is particularly challenging for many carmakers. Even the first iterations of the Tesla Model S and the Chevy Bolt, for example, were given a “Poor” rating by the agency since their headlights were so bright, they could blind other drivers.

Following perfect safety ratings from the NHTSA, Euro-NCAP, and ANCAP, the Tesla Model 3 was awarded by the IIHS with its Top Safety Pick+ award in September 2019. The award was a huge win for Tesla, proving once more that the Model 3 is among the safest cars on the road today. The IIHS’ recent announcement on its official Twitter account indicates that the Model 3’s 2020 iteration is as safe as ever.

“The headlight ratings that have been part of our awards criteria in recent years have pushed automakers to pay more attention to this essential equipment. However, finding vehicles with the right headlights can be a challenge for consumers. We wanted to reward automakers that have removed this obstacle,” he said.

When the IIHS initially gave the Tesla Model 3 with its Top Safety Pick+ award, the firm explained that apart from its stellar crash ratings and bleeding-edge accident avoidance technology, the Model 3 shines due to its all-electric structural and powertrain design.

The absence of an internal combustion engine at the front of the Model 3, for example, gives the all-electric sedan extra-large crumple zones that help absorb impacts during crashes. Even the Model 3’s all-glass roof, apart from being visually stunning, proved helpful to the vehicle’s overall safety, resisting over 20,000 pounds of force.