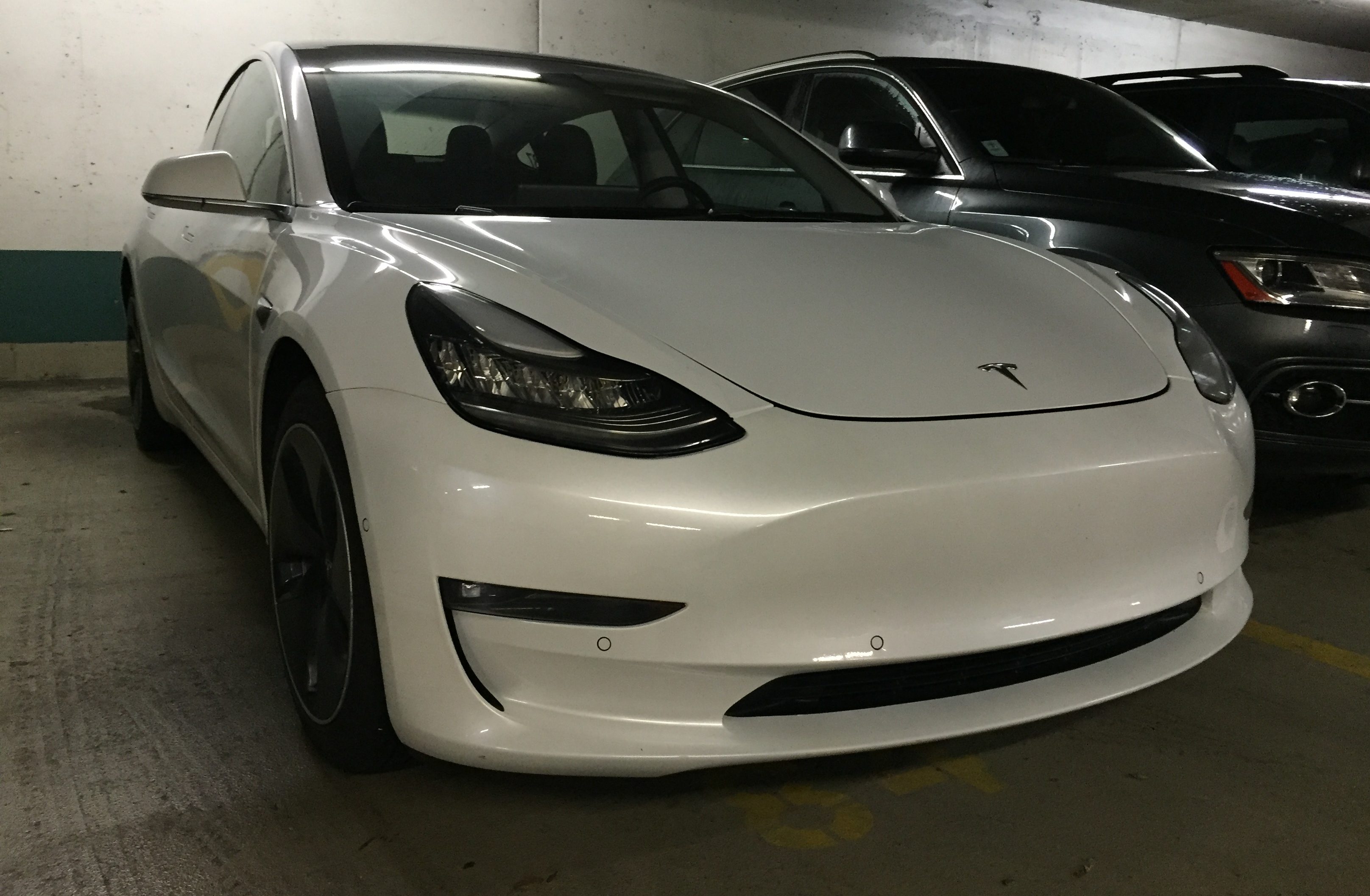 Tesla Model 3 with manufacturer plate makes its way to Canada

Following our report that Tesla Model 3 sightings in Europe have taken place in recent weeks, another Model 3 was recently spotted outside of U.S. borders, this time in Canada.

A white Model 3 release candidate with an “87” sticker affixed to the vehicle’s rear window, and California license plate that’s registered to Tesla, was seen in Vancouver, British Columbia. The vehicle was parked inside a garage at the Conference Plaza located on 438 Seymour Street. This is the first verified Model 3 sighting that we know of in Canada, and significant considering planned production of the vehicle for Canadian buyers does not begin until the second half of 2018.

It’s not clear why the Model 3 release candidate was located nearly 1,600 km from Tesla’s  Silicon Valley-based headquarters, where most of the RCs have been historically stored, but one can presume that the vehicle is preparing for a Canadian release and in the region for validation testing. 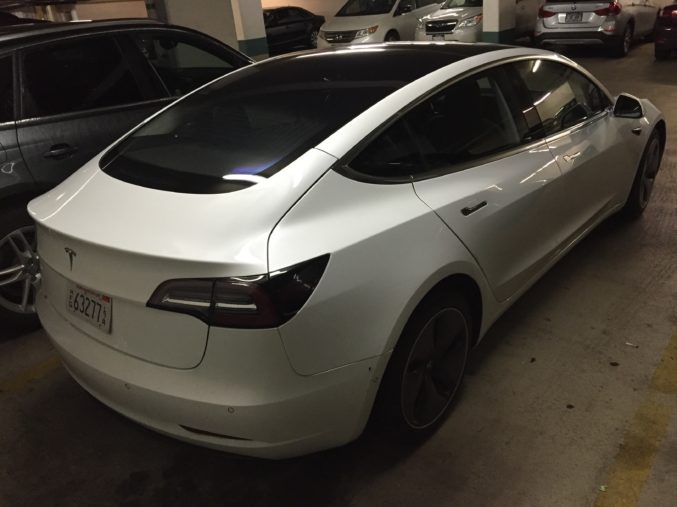 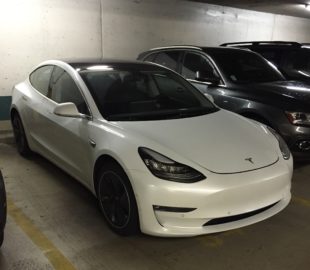 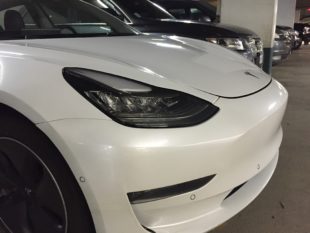 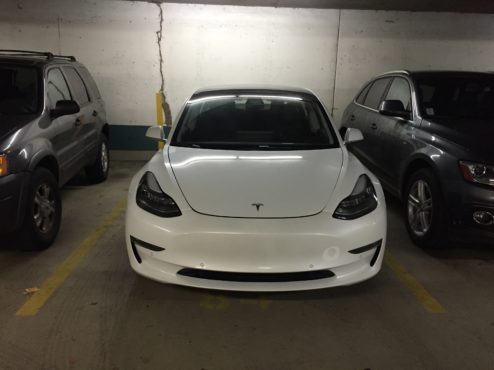 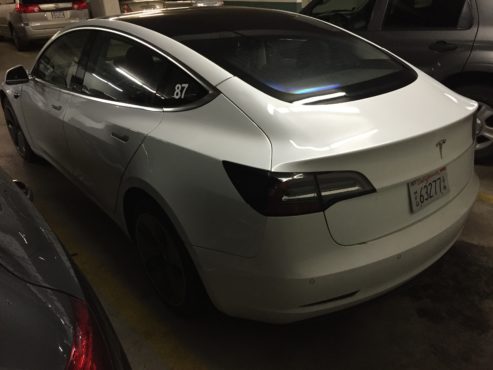 The Model 3 sighting in Canada comes more than a half-year ahead of Tesla’s international production timeline. The company is expected to go into production of left-hand drive Model 3 beginning in the second half of 2018, and right-hand drive units in the year after.

In the interim, US customers taking delivery of their vehicle closest to Tesla’s Fremont, California factory have been invited to configure their Model 3 through the company’s design studio. First deliveries are expected to take place by the end of December, as the company continues to navigate through its production S-curve and pace towards a 5,000 per week production volume by the end of the first quarter in 2018.

Have you spotted a Model 3 outside of the U.S.? Send us a DM @Teslarati or email tips@teslarati.com.

Tesla Model 3 with manufacturer plate makes its way to Canada