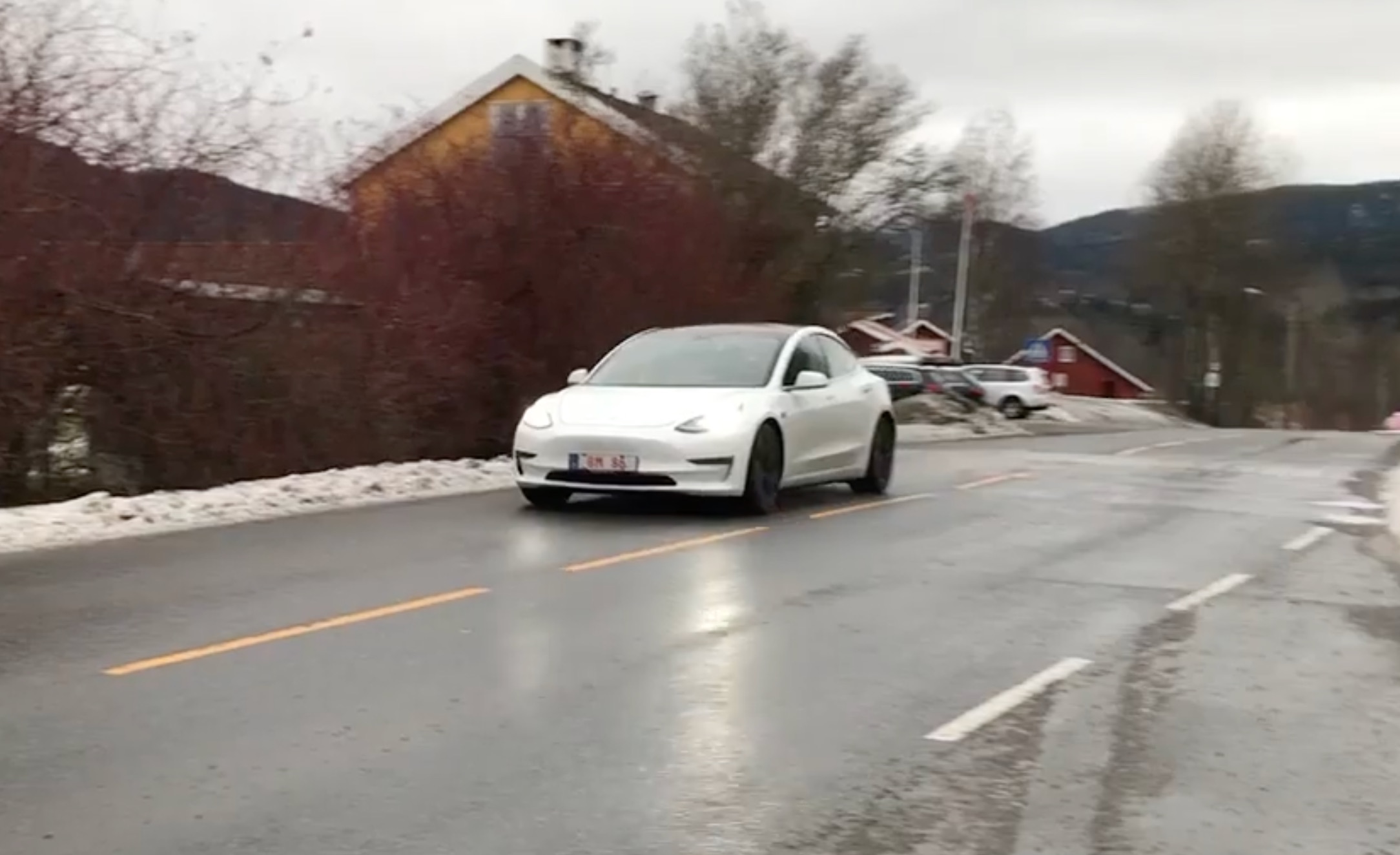 A white Tesla Model 3 has been spotted cruising through Europe, first seen in Germany last week and again on the European route E6 just south of Oslo in Norway.

Though there’s been plenty of Model 3 being spotted in the U.S. over the last month as Tesla continues to work through early battery production challenges, it’s worth noting that the rare Model 3 sighting in Europe comes at least a half-year ahead of the company’s planned international production timeline. Tesla notes on its website for overseas buyers that production of left-hand drive Model 3 starts in the second half of 2018. Right-hand drive units will begin in 2019.

The recent Model 3 sighting in Europe follows another one made in September when a black Model 3 was spotted entering Tesla’s Service Center in Stuggart, Germany. Ulric Dabe posted the following photo of the vehicle.

It’s not clear if the Model 3s being spotted in Europe are company cars or US-based customer cars that once belonged to a Tesla employee, but the overseas sightings are nonetheless exciting to see. Volume of new Model 3 sightings can be perceived as a positive indicator that Tesla is smoothing out early production bottlenecks.

Tesla opened up its Model 3 Design Studio to select customers a week ahead of the US Thanksgiving holiday, inviting them to configure their vehicles and place an order through the company’s online configurator.

Looking at the vehicle identification tracker from the US National Highway Transportation Safety Association’s site and we can see that Tesla has also registered VINs nearing #4000, up from #2639 for the Model 3 in less than a month. The average number of Model 3 VINs being incremented on a per week basis is inline with the pace we saw in October. Though Tesla indicates that VINs don’t necessarily increase sequentially, and thus can not be a measure of production volume, the VIN numbers for Model 3 have continued to follow this sequence. One can speculate that Tesla is navigating the ramp portion of its production S-curve and on pace to reach volume production ramp by end of Q1 in 2018, as CEO Elon Musk and team traverse the circles of hell.

Have you spotted a Model 3 in Europe? Send us a DM @Teslarati or email tips@teslarati.com.