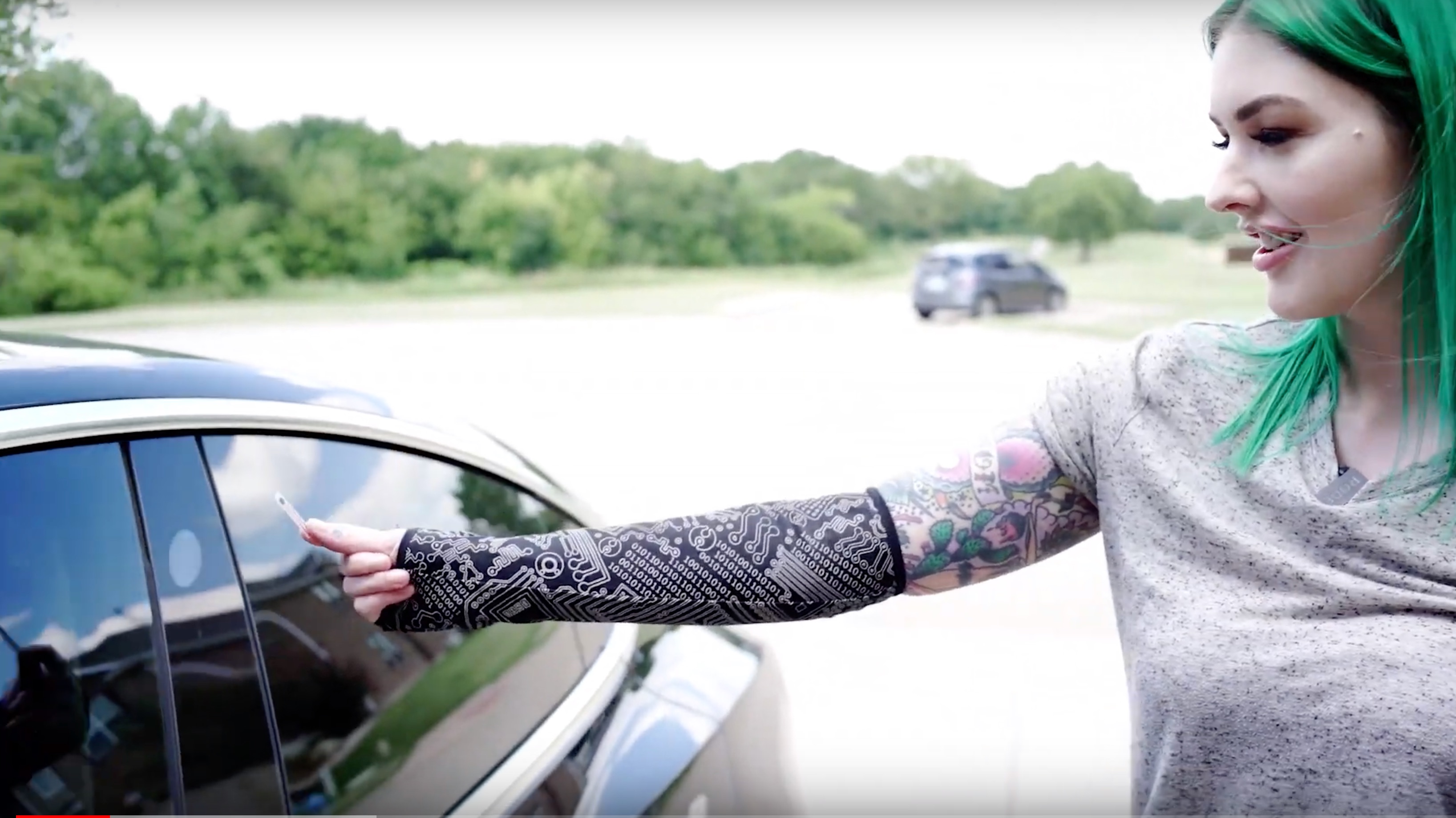 Tesla owner, maker, and software engineer Amie DD has undertaken the ultimate hack: Implanting the chip from inside her Model 3 valet key card into her arm.

The idea for the Tesla bio implant, as described by Amie, came from an RFID chip she already has inside her hand that connects to her personal website and front door lock. “It’s just basic access control. If I were to tap my hand to your phone, it would automatically open a browser and go to my web page,” she explained in her video on the project. After pre-ordering her Model 3 and learning there was a key card with an RFID chip, she was inspired to connect her current chip to the new car.

Since Tesla’s chips are pretty secure, Amie had to adjust her original plan to copy its software onto her existing RFID chip and install the Tesla chip into her arm as a second bio implant. “I can get a lot of information about the Java Applet that it runs on, but I can’t take that information and write it to my current chip. So, it’s pretty secure. Good job, Tesla,” she explained. Of course, there were some challenges along the way, mostly with people doubting her ability to accomplish her goal. 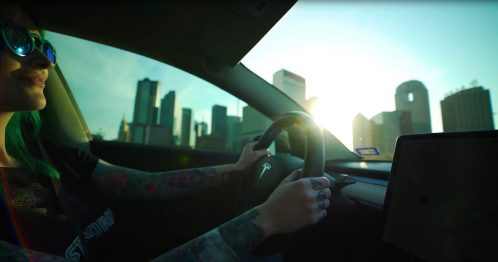 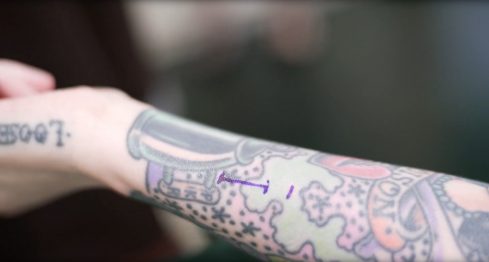 “They [said] oh, you can’t like, start your car with that. It’s not secure, it won’t work. And it makes me want to do it more…because…it makes me question why. Like, why can’t you do it that way? What are the limitations?” she recounted. “And it actually makes me research it to be able to reverse engineer it, understand how it works, why it works that way…and then at the end, it’s like going to the candy store… I did it, it’s like the Sword of Destiny.”

To obtain the chip from the valet key, Amie dissolved the card’s plastic in acetone. She then had it encapsulated it in a biopolymer to make it safe for her body, calling in the expertise of Amal Graafstra of DangerousThings.com, a company specializing in “biohacking” and RFID chip implants. Finally, Amie’s chip was implanted by a studio experienced in body modification called Shaman Modifications. “I talked to a few doctors, and they were a little leery about doing this because it’s kind of a…questionable thing,” she noted.

Amie’s background goes well beyond turning her Tesla Model 3 valet key into a bio implant. She’s a self-described maker, builder, and “Magical Unicorn Software Engineer” whose projects include 3D printing, electronics, and cosplay costuming and accessory design. She regularly publishes video tutorials on those same topics and runs an Etsy store where she sells goodies like 3D printed cosplay items and unique LEGO gifts. Professionally, Amie has a background in Game Programming and Simulation and started her career at Marvel Studios, working on Captain America and X-Men Destiny. She later transitioned to Research and Development for development work on the Xbox and Playstation, as detailed on her website.

The full details and project diary for Amie’s Tesla Model 3 implant hack are additionally published on Hackaday, for anyone interested in either following along with her software/bioengineering or perhaps…interested in their own Tesla implant?

Watch Amie DD’s full video explaining her Tesla Model 3 bio-hack below. [Warning: The second video has the implant procedure, which may not be for the squeamish.]