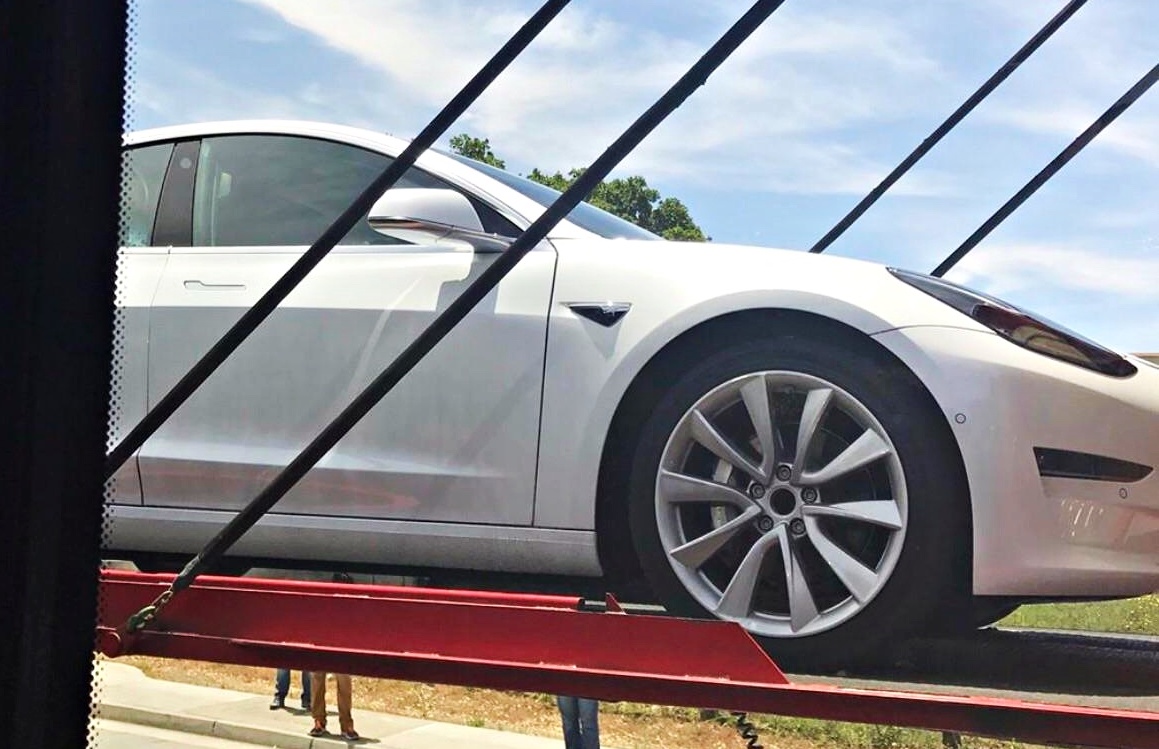 More sightings of Tesla’s upcoming Model 3 are being reported across Instagram and Reddit, this time showing a roof rack system being mounted on the vehicle’s glass roof and another of the car being unloaded from a truck outside of Tesla’s headquarters.

It’s not clear if the white Model 3 being spotted in separate occasions – we recently saw a white Model 3 testing on the highway with a Model X as the chase car – is the same vehicle, but based on the different manufacturer’s license plates mounted on each each vehicle, one can presume these are different cars.

The first sighting of a Model 3 with a roof rack system was posted onto the Tesla subreddit by user Caine_Virgil. The photo reveals a system similar to the Whispbar system which we had previously reviewed on a Model S when it was first introduced.

One can presume that Model 3 will receive mounting slots on the outside edge along the frame of the roof. Similar to Model S, the roof rack system will span across the entire glass roof, making for a seamless installation that provides minimal obstruction to views.

Some form of rectangular shaped cargo is seen mounted on top of the Model 3’s roof rack system, likely to simulate wind resistance. Assuming Tesla has continued its partnership with Yakima-owned Whispbar which bills itself as maker of the “world’s quietest roof rack”, it would make sense that Tesla is putting a heavy emphasis on testing wind noise as a result of the roof rack system. We’ve provided photos below from our original review of the Tesla Model S Whispbar system below for context. The roof rack in our review was mounted onto an earlier generation Tesla Model S. 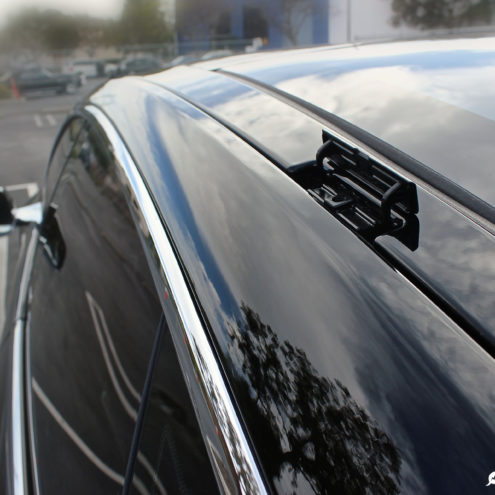 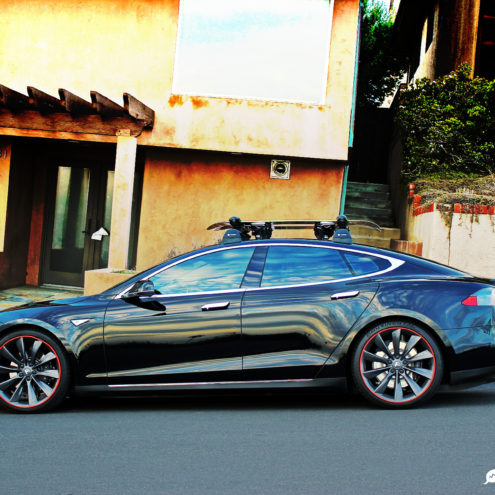 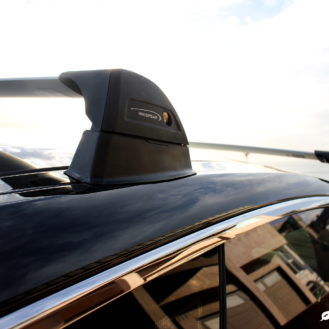 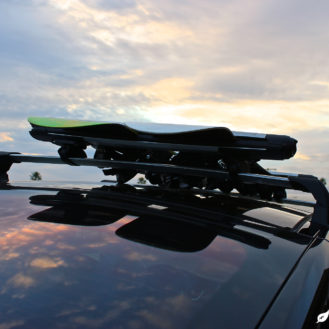 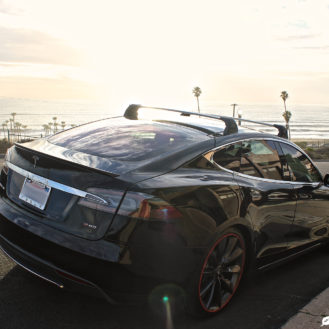 Tesla CEO Elon Musk has said first deliveries of Founder Series Model 3 will go to employees. The serial tech entrepreneur also said that first deliveries will take place in July but it’s still unclear whether these will be the Founders Series editions.

As Tesla continues to test its upcoming mass market electric sedan near its company headquarters in Palo Alto, California, more sightings of the car in near production-ready form are being reported by the day. The most recent sighting is of, yet, another white Model 3 this time seen unloading from an enclosed vehicle transport trailer at Tesla HQ.

The photo comes by way of Instagram user sugiwidjaja.