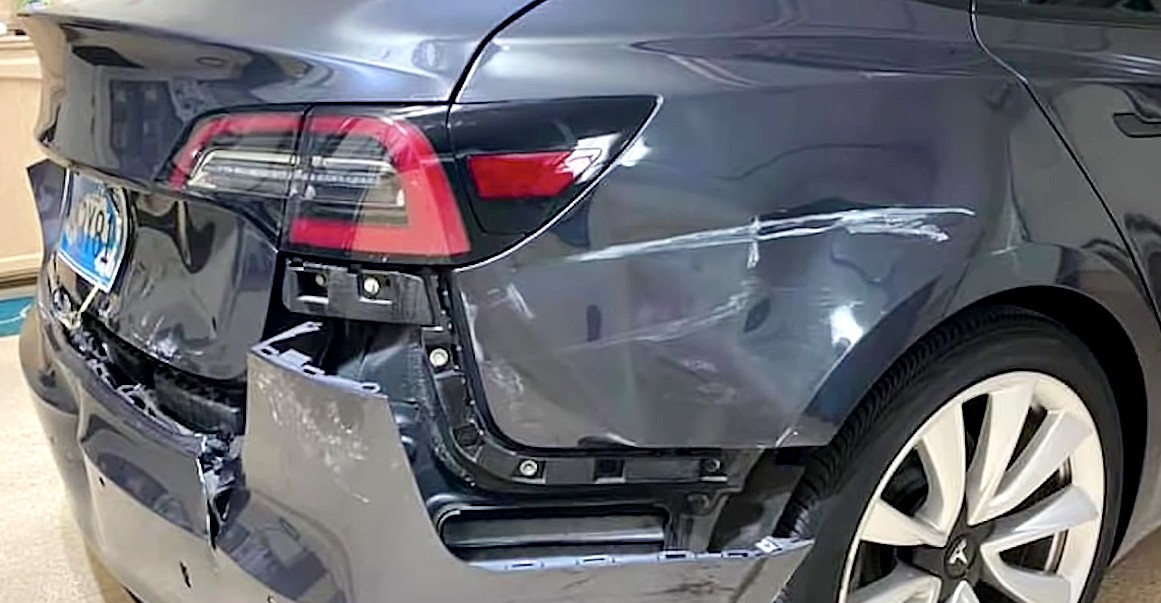 Tesla is not just known for making fast cars. The electric car maker is also known for making safe vehicles. This was demonstrated recently when a Tesla Model 3 was rear-ended by another car traveling at 65 mph. Despite extensive damage from the incident, the all-electric sedan was able to soldier on and bring its driver home.

Tesla Model 3 owner Craig Guilford was driving in Mesa, Arizona, when he encountered some traffic on the highway. There were many vehicles on the road that day, with cars slowing down to both enter and exit the freeway. A Ford F-150 directly in front of the Model 3 was unable to slow down properly, causing it to rear-end a Ford Fusion. The pickup came to a complete stop immediately after.

Guilford immediately slammed on his Model 3’s brakes, and the all-electric sedan was able to stop just in time before it hit the F-150. The vehicles behind the Tesla, however, were not. As could be seen in footage from the Model 3’s built-in dashcam, the Model 3 was struck by two cars that were unable to stop on time. One of the vehicles, which seemed to be a Subaru crossover, could not slow down at all, crashing into the Model 3 at 65 mph.

The impact was massive, and it resulted in the Model 3 being thrown forward. Fortunately, police arrived quickly and found that everyone involved in the accident was okay. The two vehicles that struck the Model 3 ultimately had to be towed away. As for the Tesla, it suffered some severe damage, but it was still drivable. After the accident, Guilford was still able to take his vehicle home.

Granted, the Model 3’s repairs will cost quite a lot, with the body shop estimating a repair cost of about $9,000. The repairs are also estimated to last several weeks more, depending on how fast the body shop could acquire parts from the electric car maker. However, Guilford does not mind, telling YouTube’s Wham Baam Teslacam that he could not be happier with how his Model 3 did in the crash. He also mentioned that some of his friends, after seeing the video of his accident, actually ended up buying Telsas for themselves.

Watch the incident in the video below.