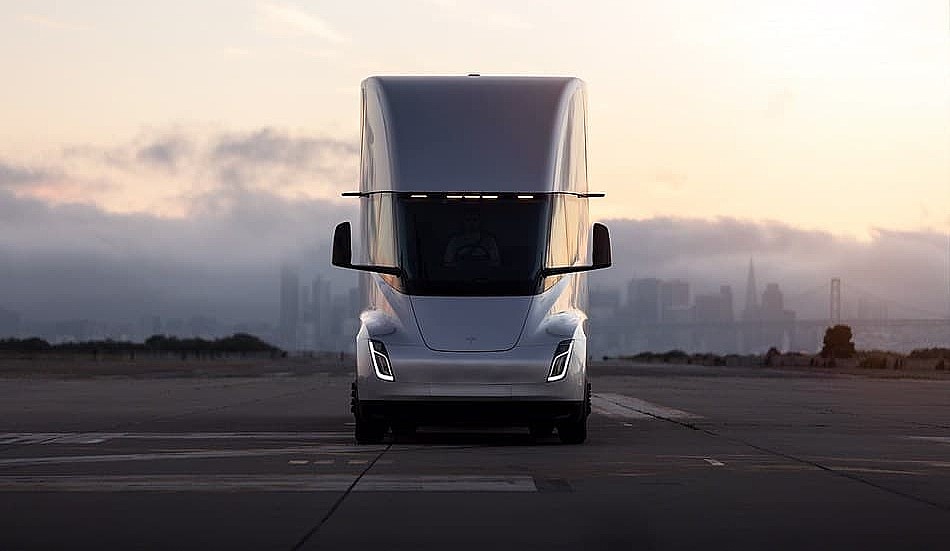 The Tesla Semi may be delayed for quite some time now, but it appears that Elon Musk’s all-electric Class 8 truck will be well worth the wait. And as the upcoming truck gets closer to mass production, it is becoming more and more evident that the Semi’s potential—particularly with regards to its batteries and FSD features—remains grossly underestimated.

During a recent appearance at the Joe Rogan Experience podcast, Elon Musk revealed that the Semi would be equipped with a 500 kWh battery pack. The Tesla CEO did not specify which variant of the Semi will be fitted with a 500 kWh pack, though speculations from the electric vehicle community suggest that the battery would be for the truck’s 300-mile variant. However, even if this were the case, such an update provides a glimpse at just how far Tesla has come when it comes to its battery technology.

When the Semi was unveiled in late 2017, Tesla noted that the vehicle would consume less than 2 kWh per mile. Considering that the Tesla Semi’s two variants are listed with 300 and 500 miles of range, estimates pointed to the vehicle having a battery pack that’s likely around 600 kWh to 1,000 kWh. Musk’s recent update suggests that Tesla has improved its batteries to such a degree that the Semi now needs a smaller battery pack to accomplish its 300-mile range target. This may seem like a minor change, but a smaller battery pack presents numerous advantages, such as lower weight and significant production cost savings. These all contribute to make the 300-mile Tesla Semi a viable and competitive vehicle, especially considering its estimated $150,000 base price.

Of course, these advantages only become more prominent if one considers the benefits of Tesla’s structural 4680 battery packs. With structural batteries in place, the Semi could save weight and production costs even further. A structural battery could also make the Semi more rigid, allowing it to be even safer than its initial iterations. This goes hand in hand with another update on the vehicle that was mentioned by Tesla, and one that is also widely ignored or at most underestimated today.

During Tesla’s Q4 FY 2020 earnings call, Elon Musk confirmed that the Semi might very well be the first vehicle in the company’s lineup that would receive full autonomy features. This was a point highlighted by both Elon Musk and Automotive President Jerome Guillen, who noted that the FSD hardware on the Semi would be the same one used in Tesla’s other vehicles. Musk, for his part, pointed out that the Semi’s FSD features will require Tesla to modify the FSD software’s parameters according to the Semi’s large size.

Perhaps one thing that is rarely mentioned is that when the Semi was unveiled in 2017, Elon Musk remarked that the vehicle was already capable of utilizing a feature called “Convoy Mode,” which optimizes efficiency while allowing several uncrewed trucks to follow a lead, crewed vehicle. If Musk’s statements were accurate and Convoy Mode was already feasible with Enhanced Autopilot’s capabilities in late 2017, then such a function would likely be extremely plausible today with the Full Self-Driving Beta. This should make the Semi safer to use than traditional long-haulers, most of whom are still manually driven. Couple this with the Semi’s functions like its four electric motors, which help prevent incidents like jackknifing, and the upcoming all-electric Class 8 truck has a shot at becoming one of the safest large vehicles on the road today.