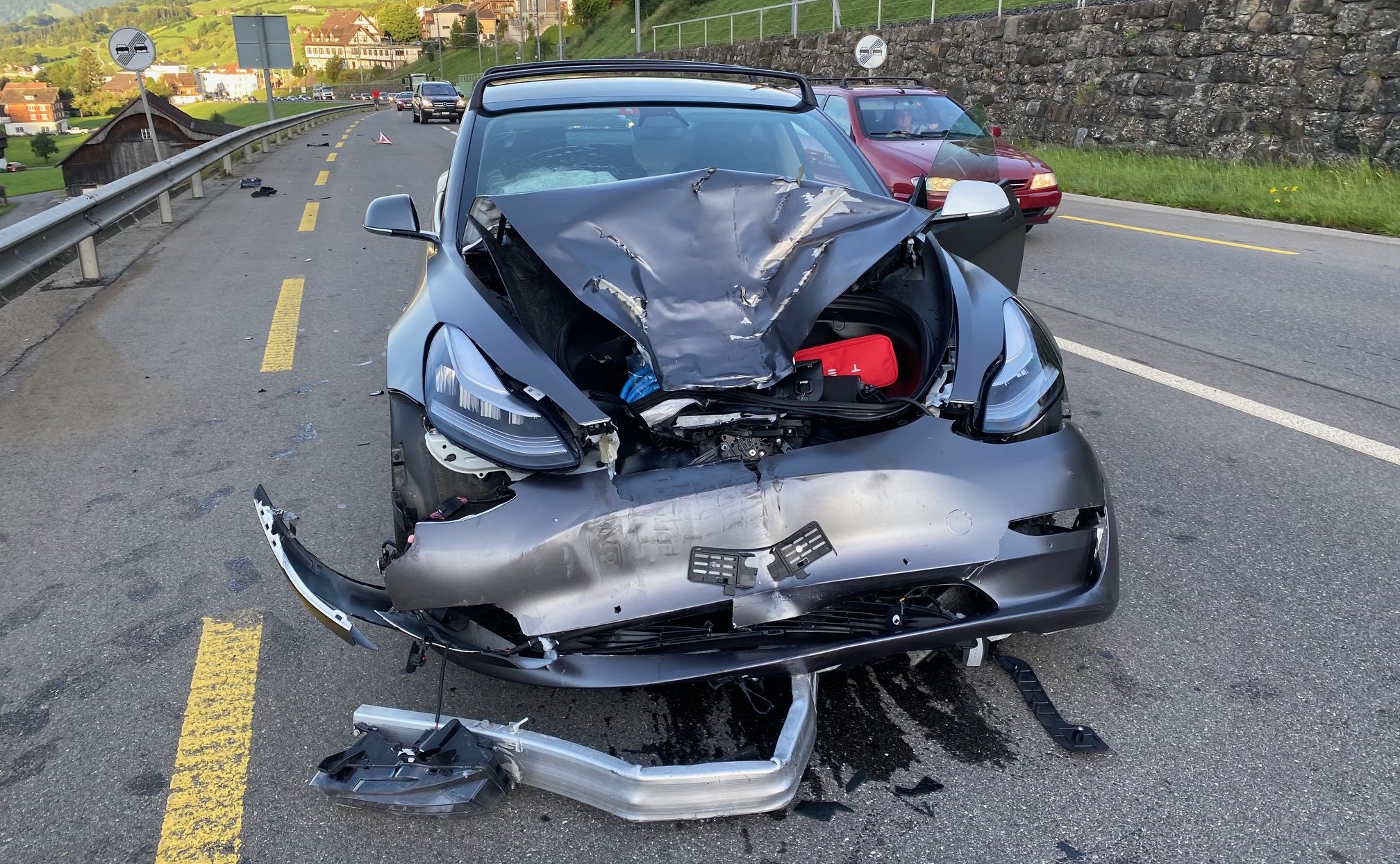 An electric car owner is thanking Tesla after his Model 3 was involved in a high-speed crash that could have resulted in extremely serious injuries. Thanks to the Model 3’s all-electric design and robust construction, the Tesla driver was able to walk away from the incident without a scratch.

A video of the incident was shared on YouTube by the Swiss Model 3 owner who goes by the username Mikethe Bike on the video-sharing platform. As could be seen in the video, the Tesla owner was driving on a country road when one of the wheels from an oncoming truck came loose. It only took a second before the massive runway tire was heading straight for the all-electric sedan.

The truck seemed to be traveling at the speed limit of 80 km/h during the incident, which made its loose wheel an extremely dangerous object on the road. The truck’s wheel smashed into the Model 3 head-on, completely crushing the hood of the all-electric sedan before bouncing off and settling at a railway embankment 50 meters away. Interestingly enough, the entire harrowing crash was recorded completely by the Model 3’s built-in dashcam feature.

The Tesla owner posted several images on Twitter featuring the aftermath of the accident. The pictures showed that the impact from the accident was severe, with the front of the Tesla being completely totaled. Airbags were also deployed in the Model 3’s cabin, hinting at the violence of the impact. Needless to say, the results of the accident might have been very different had the Tesla owner been in a less safe vehicle. As such, the Tesla owner has noted that another Model 3 had been ordered.

A good reason behind the Model 3’s stellar safety ratings lies in the vehicle’s robust frame and its all-electric design, which allows the electric car maker to utilize its entire front as an effective crumple zone. This advantage was clearly highlighted in the Model 3 owner’s account, as the cabin of the vehicle remained untouched despite the entire front being destroyed by the runaway wheel.

The Tesla Model 3 is among the safest vehicles on the road today. The all-electric sedan has earned stellar safety ratings from numerous agencies such as the NHTSA, Euro NCAP, and the ANCAP. As noted by Tesla, the Model 3’s test results from the NHTSA’s evaluations actually indicate that the all-electric sedan has the “lowest probability of injury” among the cars that the agency has tested.

The recent crash involving the Tesla Model 3 and a runaway wheel could be viewed below.