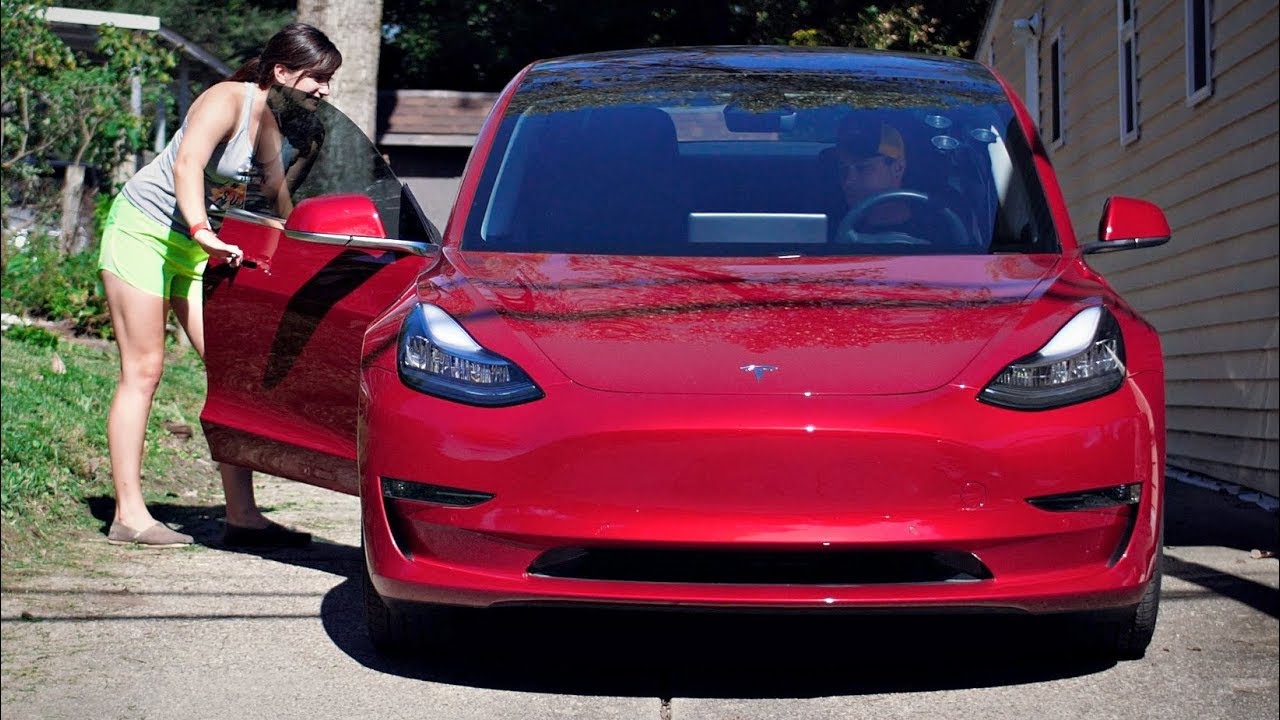 Tesla is a unique carmaker in the way that it does not advertise like traditional auto companies. Over the years, Tesla’s brand got stronger mostly through word-of-mouth. Now that the company is already producing its first attempt at a mass-market car, its advertisement strategies are still pretty much the same. Save for a couple of promotional videos shared online from time to time, Tesla’s primary means of promoting its brand is still its customer base.

This was recently depicted in a video shared by YouTube tech reviewer Andy Slye. The YouTuber, who took delivery of his Long Range RWD Model 3 earlier this year, admits that he is not really a “car guy.” What he does know inside and out, though, is tech. And when it comes to tech, Syle has noted that his Tesla Model 3 is one of the best cars on the road today. One of the YouTuber’s recent uploads featured him picking up Uber and Lyft riders on his electric car. During the drive, he would show his passengers some of the Model 3’s features and capabilities. As could be seen in Syle’s video, sometimes, it only takes some firsthand experience to encourage someone to purchase a Tesla.

Immediately notable in Syle’s video were the reactions incited by the Model 3 from its passengers. Components of the vehicle, such as its 15″ touchscreen, its tinted glass roof, as well as its minimalistic interior, immediately became a point of conversation. The car’s smooth ride and drive, as well as its power and acceleration, notably impressed the car’s riders, while Autopilot’s capabilities proved compelling as well. By the end of their rides, practically all of Syle’s passengers were won over by the Model 3, and some even noted that they would likely get one for themselves.

Ultimately, the tech YouTuber’s recently uploaded clip is a glimpse into how Tesla’s electric cars win over potential customers. Tesla has one of the most dedicated communities of owners out there, to the point where owners volunteered to pitch in at the end of the third quarter to help the company deliver as many vehicles as it can before September ended. As could be seen in social media, Tesla owners give test rides to their friends and family frequently, and the result is usually another electric car being purchased from the company.

Day 5 with the car. Took 2 coworkers for a ride.. both never been in a tesla before and were amazed! Here’s my text convo with one of them this evening 🙂 I think demand for this car is going to explode! @bonnienorman @Model3Owners @teslainventory @TheTeslaShow @Tesla pic.twitter.com/gPSwFA59BK

You notice looks when you're on your own… But when there are two of you, every head turns. Canyon driving with my brother in our Performance #TeslaModel3 s
Just a hint of snow in the mountains.
Such an amazing vehicle! We are a @Tesla family forever. @elonmusk pic.twitter.com/GV2xbwYKa6

In a way, it is the Tesla experience that really has a tendency to win over potential customers. The stigma of electric cars being “soulless” or “boring” has been around for a long time, and the skepticism about the capabilities of premium electric cars are still abounding. That said, test drives are usually enough to convince even veteran “car guys” that Tesla’s electric cars are every bit as capable and powerful (perhaps even more) than the best high-performance vehicles in the market. Such an experience was shared recently by a longtime BMW owner, who was won over by the Tesla Model 3 Performance after test driving the vehicle.

The company addressed the power of experiencing Tesla’s electric cars firsthand during the Q2 2018 earnings call. While discussing the ongoing rollout of the Model 3, Tesla global head of sales Robin Ren noted that sometimes, even customers who have no idea what the Model 3 is end up ordering the vehicle after a test drive.

“I think that’s something that we found super exciting, because these are the people who actually had no idea about Model 3 and they heard about Model 3 is available to order, many of them requested test drives. And since early July, we have over 60,000 test drive requests in the U.S. alone and these people come into our stores, do the test drive, and they become super excited, and they decide to order the car,” he said.

Watch the Model 3 impress its Uber and Lyft riders in the video below.