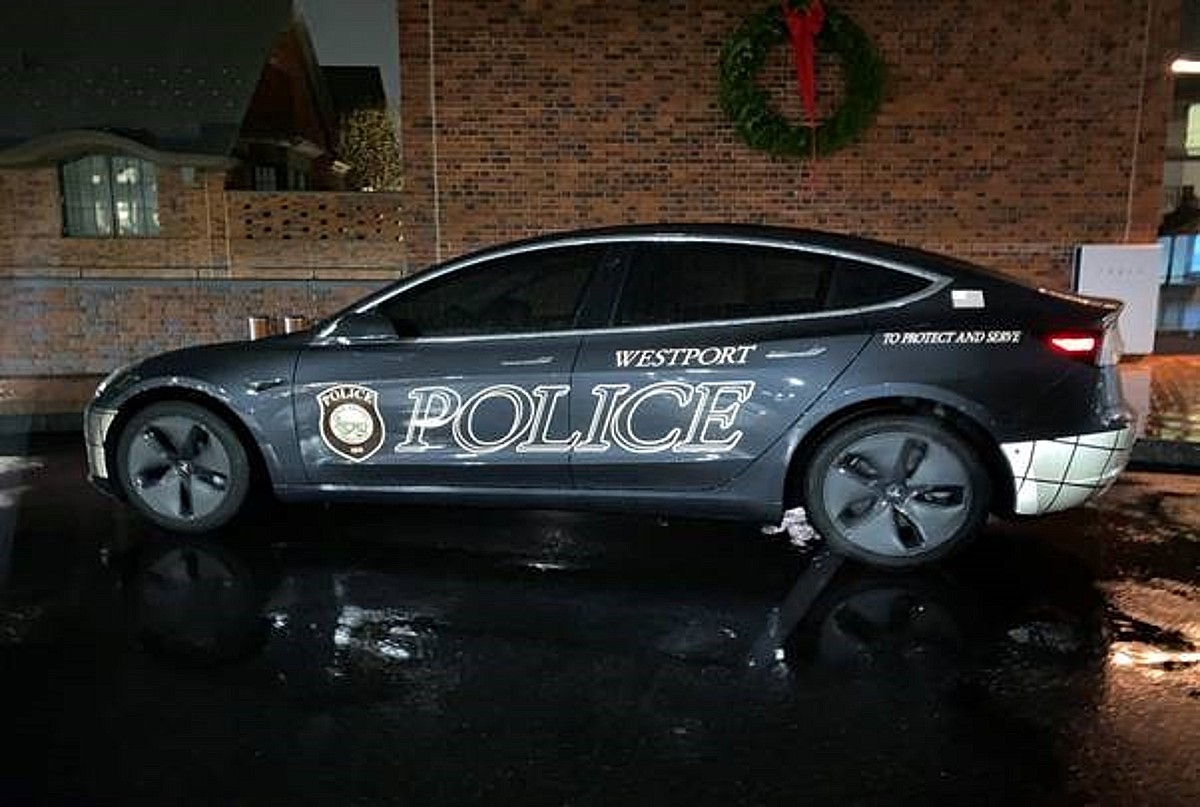 The Westport Police Department in Connecticut has released a new financial analysis that is showing massive savings, as anticipated, after the purchase of a Tesla Model 3 that would be used as a police cruiser. The Police Department reports that it has already helped recoup the purchase price premium and helped save money for the department in its first full year of operation.

After purchasing a Tesla Model 3 in December 2019 and putting it to work in February 2020, Westport PD spokespeople said that the all-electric sedan has already exceeded expectations for performance, cost savings, and environmental benefits. After sparring with the idea of purchasing another Ford Explorer for the police fleet, cost-effectiveness became the big question. There is a $15,300 difference between the Model 3 and the Explorer, but Westport’s PD has no regrets about its decision.

“The purchase price differential was recouped in the first year due to reduced customization and lower operating costs. All of these have been analyzed in detail,” the department said.

The EV Club of Connecticut completed a vehicle cost comparison analysis after the first year of ownership shows that, despite the additional initial cost of the Model 3, reduced maintenance costs, along with decreased customization needs for the Model 3, gave the department a savings of around $17,600. The ongoing cost of the Model 3 is comparatively less than that of the Ford Explorer based on routine maintenance and fuel costs.

Additionally, the Police Department is also considering purchasing another Model 3 to add to its fleet. After four years of ownership of the “Pilot” Tesla that the department purchased in 2019, the total cost is projected to be $79,400. If another Model 3 is added to the fleet, after four years, it will cost $95,800. The Ford Explorer would be much more expensive, sitting at $120,200.

The Westport Police Department outlined several conclusions after the analysis.

The Town of Westport audited the financial analysis.

Chief Foti Koskinas, who was a vocal supporter of bringing the vehicle into the fleet, said, “Tesla has been a great partner, including re-coding where necessary. We would not have been able to do things like wire the electronics into the large battery or access the car’s computer without their help.”

Along with the massive cost benefits, the department says the instant torque and performance are key factors in overtaking a suspect’s moving vehicle. This increases the safety of the driver, officer, and other vehicles, as a traffic stop can be completed thanks to the lightning-quick agility of the Model 3 quickly.

Despite the large cost initially, the residents of Westport have been extremely positive. “Feedback from the public has been overwhelmingly positive, Charles Sampson of the Westport PD said. “We’ve have been contacted by at least 50 other police departments – from all over the world – with questions about our experience. I know many of them have gone on to purchase Teslas for their fleets.”