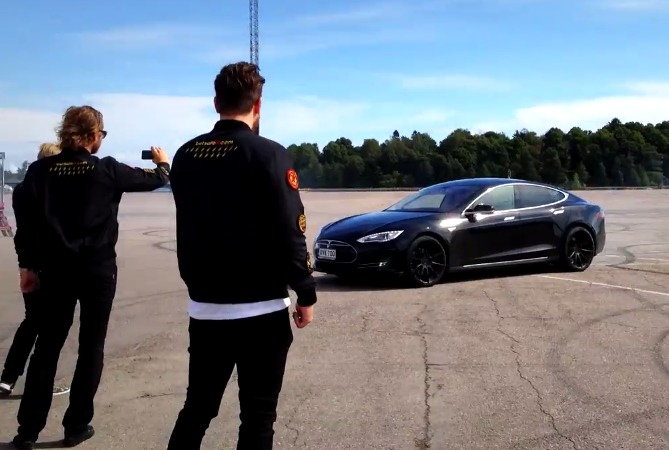 What do you get when you embark on an intercontinental 3,000 mile race with some of the world’s most exotic super cars, star-studded celebrities, world-class sponsors and an entry fee of $67,000? You get the Gumball 3000, of course.

Gumball 3000 started in 1999 as an idea by British entrepreneur to embark on a 3,000 mile race across Europe with fifty of his closest buddies. The race itself proved less important than the epic parties that ensued at the end of each leg. Celebrities and entertainment personalities quickly got wind of the events, and soon after, the Gumball 3000 became a worldwide initiatory rite for car collectors, racers and the social elite.

One of the festivals took place in Helsinki, Finland where Gumballer Miika Toivonen took his Tesla Model S out for some drifting fun and showed-off what maximum torque at zero RPMs is really capable of!

Check out the video below from Betsafe to see more of the Gumball fun along with an aerial view of the Model S drift.