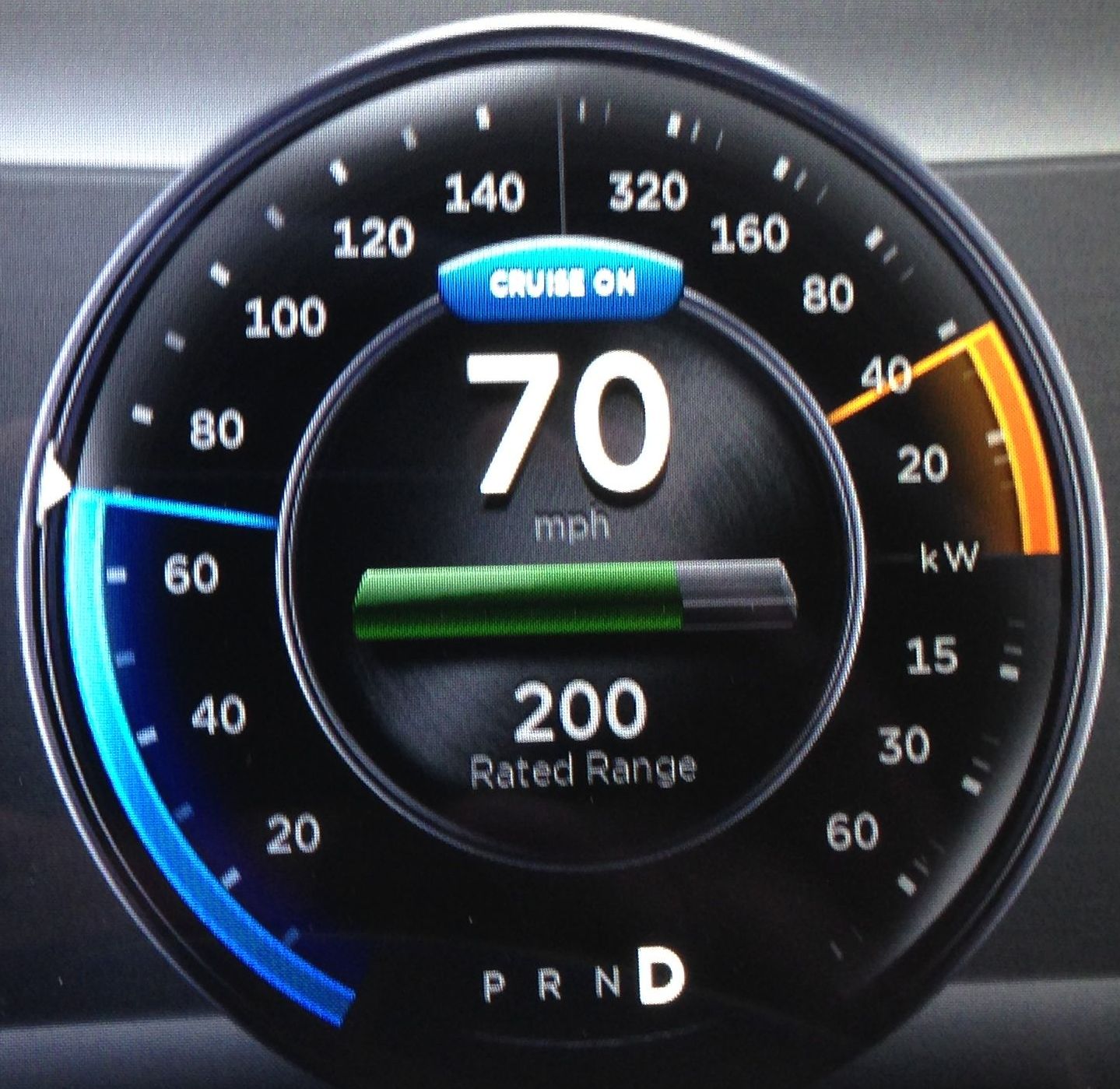 The entire Tesla Model S cruise control system is managed through a dedicated “stalk” situated on the upper left hand side of the steering wheel column. Pressing the stalk in will toggle cruise control on and pressing it again will turn it off. A LED lights up on the stalk when cruise control is activated and unlit when it’s deactivated. Tesla added a nice touch to the cruise control by remembering the previous on and off state across sleep, wake and charge cycles.

Pushing up or down on the cruise stalk will initially set your cruise speed as long as you’re traveling at 17 MPH or above. I have no idea why they chose to add in this minimum speed threshold. To me it would have been more convenient if it allowed me to resume my previous cruising speed from any point.

The cruise control stalk has a 2-step toggle similar to that of the turn signal. A lighter nudge will enable a 1 MPH increase or decrease in cruising speed depending in which direction you nudge it. Pushing the stalk with a bit more pressure will click it into a higher change in speed at 5 MPH.

Resuming cruise control is as simple as pulling the stalk towards you. The car will quickly accelerate back to the set cruising speed but in a controlled manner, never exceeding 80kW of acceleration. I tested a 20 to 70 MPH cruise resume and found it to be very smooth and safe feeling. Canceling the cruise control, but not turn it off, requires a forward push on the stalk. This can be quite jarring for your passengers since the car will suddenly slow down without much notice due to the regenerative braking.

Tip:  Offset the regenerative braking by keeping your foot on the accelerator pedal and applying some gentle acceleration before canceling cruise control. This takes time to master but is well worth the effort.

There’s a small marker on the outer trim of the digital bezel that indicates the speed at which cruise control is set at. You’re not constrained to this speed so you can always accelerate past that marker by depressing the accelerator pedal or cancel cruise control all together by pushing the stalk away from you. Theory suggests that cruise control will improve energy efficiency in the Tesla Model S by helping the vehicle maintain a set speed while it tackles elevation changes. People tend to accelerate and decelerate when not entirely needed therefore wasting energy. Regenerative braking reclaims 70% of this wasted energy but, even at that, using cruise control will ensure that you’re using energy efficiently.