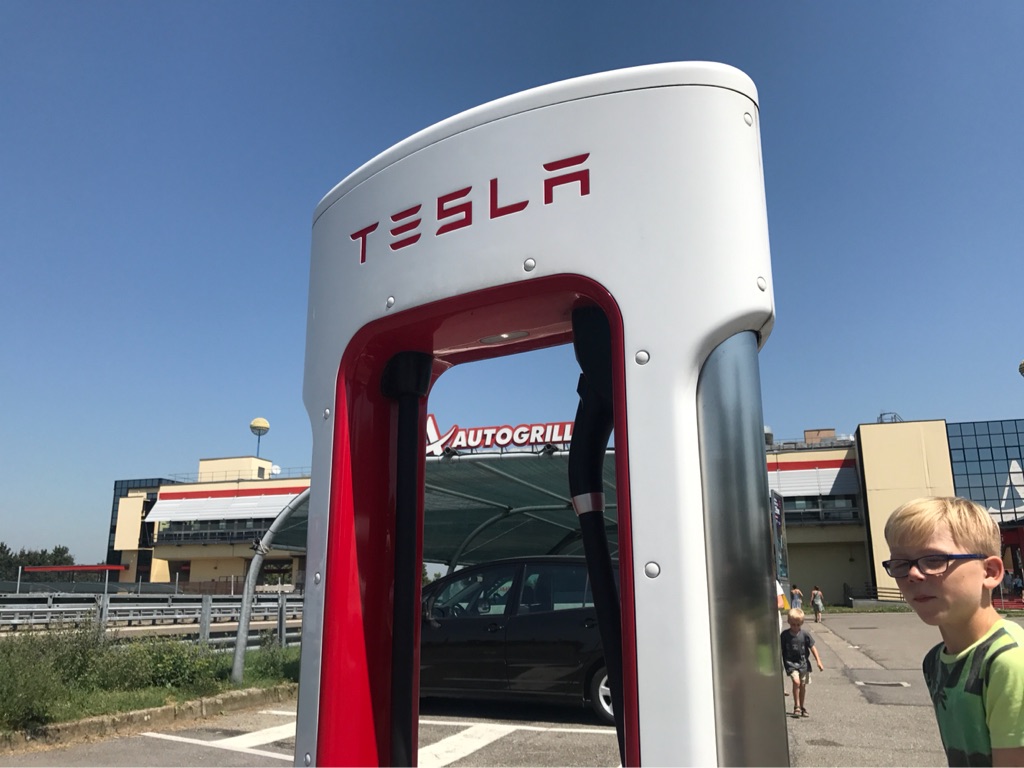 In Tesla’s earnings report earlier this week, CEO Elon Musk and other executives ensured investors and Tesla drivers alike that the Supercharger network would not only be able to handle the added weight of hundreds of thousands of Model 3s, but that it would allow customers to drive anywhere.

The key for Musk and his team is figuring out where to continue to place those chargers so that transportation within cities and between regions is not only feasible, but convenient.

“There’s long distance root enabling between cities, and then there’s also within the cities,” said Jonathan McNeill, president of global sales and services for Tesla during the call. “We’ve put those (long distance) stations in place to serve travel between the cities, but they can absorb a lot more cars.”

One man from England is already looking to get a jump start on proving that the Tesla Supercharging network is reliable.

Matt Porter and his 75-year-old father will set out across the U.K. in a Tesla Model S 100D to prove to “cynics” that Teslas can thrive in rural areas.

Porter, who is also known as the gadget man, plans to begin his 1,200-mile journey in early October with his father, according to the East Anglian Daily Times. Porter runs a tech blog and is a correspondent on BBC Radio Suffolk’s Mark Murphy Show, and will broadcast his adventure to the world through a livestream.

“By far the most common question I receive about electric cars is ‘what is it’s range?’ and ‘how long does it take to charge?” Porter said. “Tesla have very kindly provided a Model S 100D for our challenge; a car with a range of more than 300 miles between charged and recharge times as fast as 30 minutes.”

“We are very confident we can achieve our challenge using their network of charging points along the way.”

The father-son duo will head out from Lowestoft Ness and drive up the country to Ardnamurchan, Scotland. Based on Teslarati’s app, there are many Superchargers along the prospective route.

Porter’s journey is another in a wave of drivers looking to prove to the world that sustainable vehicles can exist in rural and remote areas.

Robert Dean recently made a 3,356 mile trek along the western coast of Australia in his 2015 Model S. Afterward, it was announced that more than 70 electric vehicle charging stations would be established along the route.

Likewise Alan Williamson completed a 1,600 mile trip from Orlando, Florida, to Richmond, Virginia. While this journey was certainly less remote than Dean’s, it’s still a clear example that the Tesla network is a reliable option for drivers looking to make long road trips.

Williamson highlighted how smooth his journey was in his Tesla Model S, citing autopilot, relaxed charging times and an enjoyable driving experience for what made his trip unique. He hopes to one day drive across the United States.

Based on their experiences, it seems the only challenge a Tesla drivers face on long road trips is planning which Superchargers to stop at.

These Superchargers could get a nice boost as well. Musk teased a “mega” Supercharger idea during the call that would offer fun amenities for drivers while their vehicles charged.

“We — experimenting with our first sort of — I don’t know what we call it — mega supercharging location, like really big supercharging location with a bunch of amenities,” Musk said. “I think we’ll get a sense for just sort of how cool it can be to have a great place to — if you’ve been driving for three, four hours — stop, have great restrooms, great food, amenities, hang out and for half an hour and then be on your way.”

These mega centers could provide long distance drivers with an even better Tesla experience.