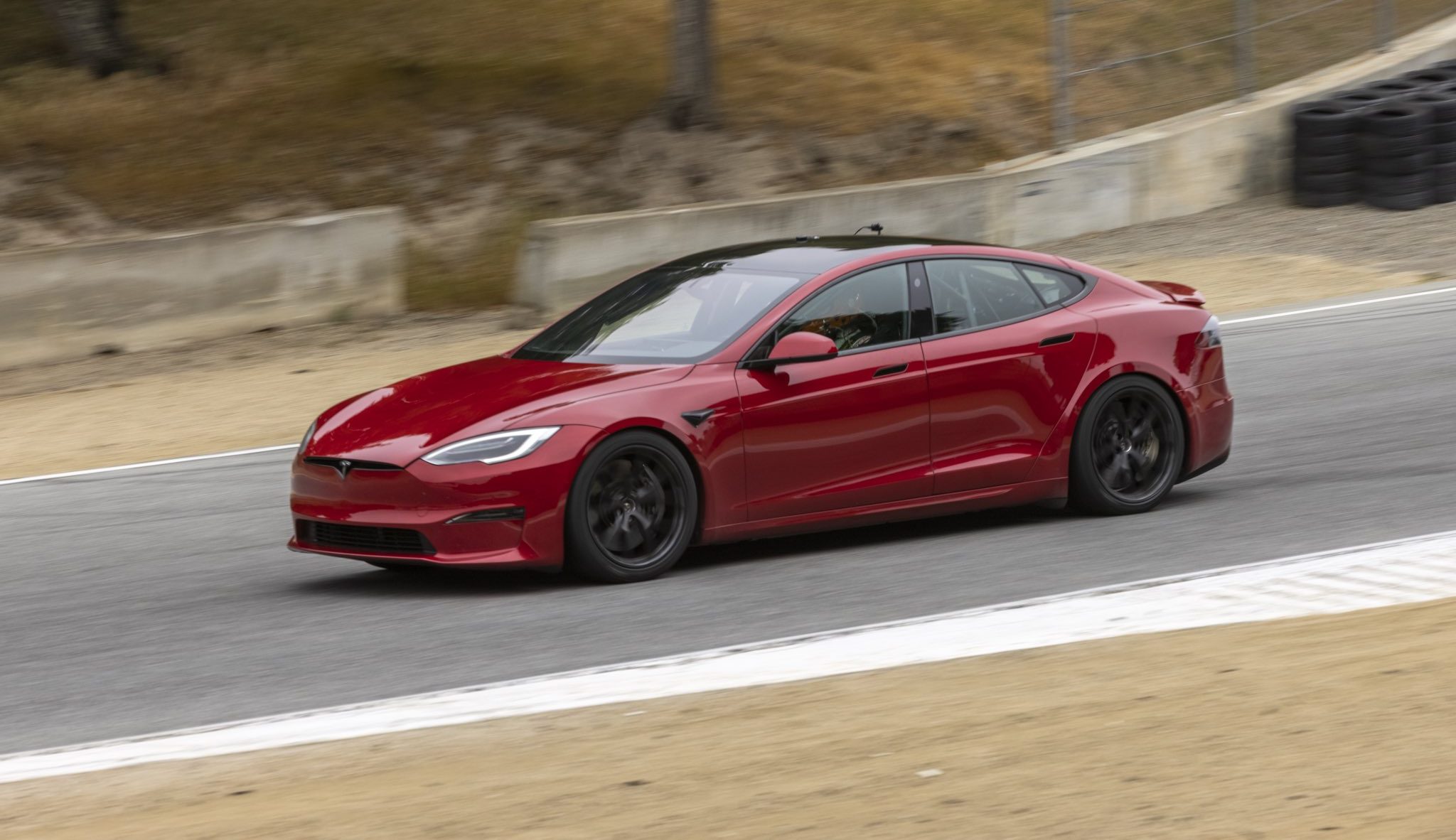 “During our time at the Corkscrew, we filmed several laps and have compiled the two quickest laps from each test car here. Please keep in mind, these times are unofficial and unconfirmed. Tesla or Laguna Seca may confirm these times at a later date but this footage and the times associated have yet to be validated or confirmed. It is also possible other laps we were not present for were even quicker!” the group said.

According to past records set in Laguna Seca, the McLaren Senna holds the record for the fastest lap time of a production car at 1:27.62. Close behind the McLaren Senna is the Porsche 911 GT2 RS, which set a record of 1:28.30.

The Model S Plaid’s lap time was close to the record set by the McLaren 720S and Porsche 918 Spyder at 1:29.78 and 1:29.89, respectively. The Acura ARX-01b holds the record for the fastest lap time at Laguna Seca at 1:10.10, though it is not a production vehicle. Perhaps such a record maybe attempted by the upcoming next-generation Roadster? One can dream.

Watch the new Tesla Model S’ apparent 1:29.9 lap in the video below.