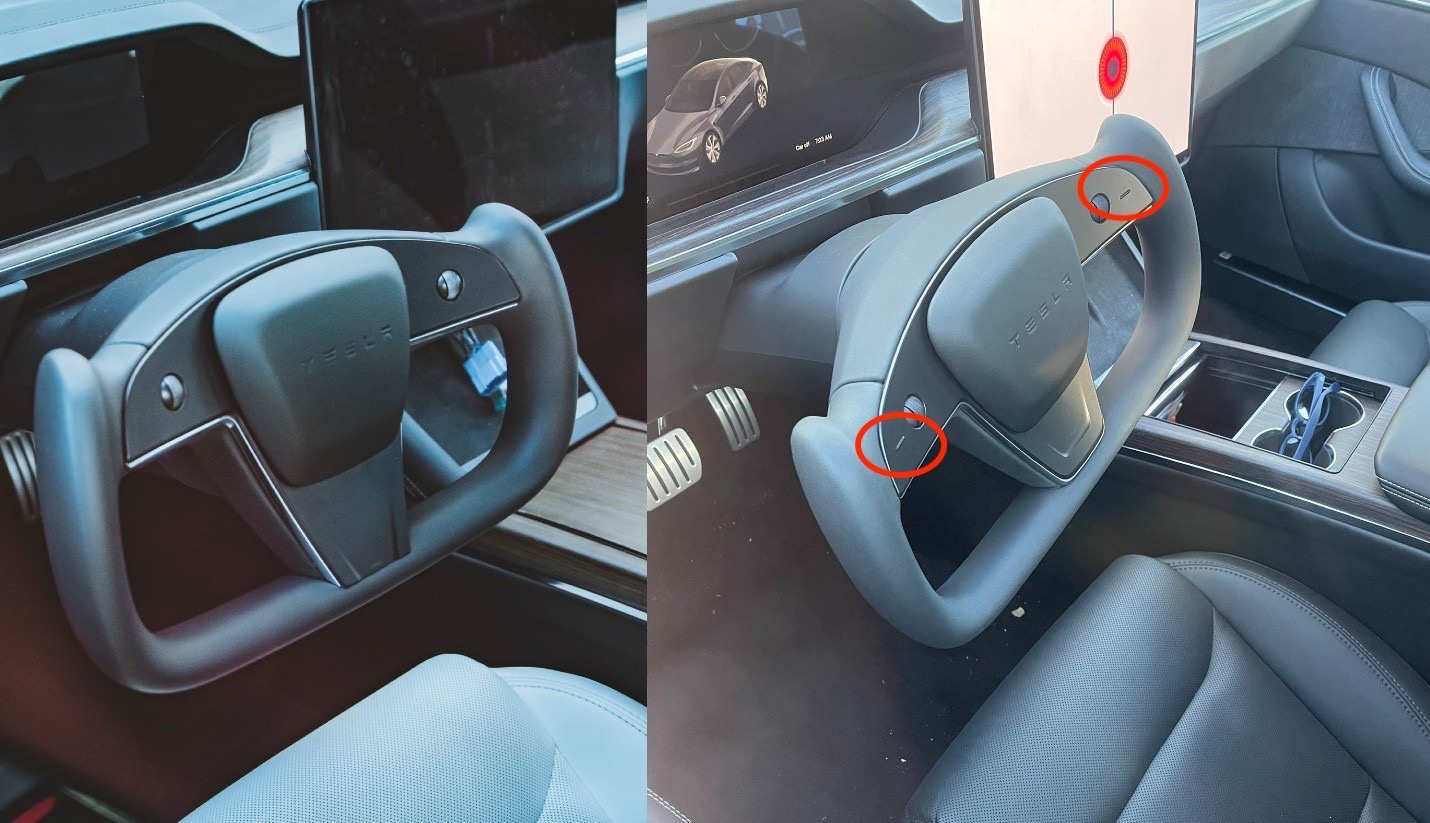 A Tesla Model S Plaid was spotted sporting a new version of the now infamous yoke steering wheel, along with a few other modifications to the car.

Car enthusiast @AaronS5_ shared a picture of a pre-production Tesla Model S Plaid sedan in the wild. He noticed that there was a slight addition to the Model S Plaid’s yoke steering wheel. Unlike in previous vehicles, there were ridges next to the scroll wheels, and the scroll wheels were matte.

The car enthusiast referred to the changes Tesla was making to the Model S Plaid while refining its production, which Elon Musk mentioned in the Q1 earnings call. During the call, Musk stated that there was “quite a bit of development” to ensure that the batteries of the new Model S/X were safe. Musk also shared that Tesla was making refinements to the cars that they already built.

The latest Model S Plaid spotted out in the streets shows one of the refinements Tesla seems to have made. Tesla enthusiast The Kilowatts believes the ridges work like the ridges on the “F” and “J” keys on a qwerty keyboard. The bumps on the “F” and “J” keys help users correctly position their fingers on the keyboard, enabling them to type without looking down. The ridges on the Model S Plaid’s yoke steering wheel might then help drivers find the capacitive buttons that would be placed on both sides of the yoke.

Compared to a Plaid Model S recently spotted in San Francisco, the one seen in Florida does reveal some differences. The more recent photos also revealed new defrost lines around the front cameras of the Plaid Model S as well. Tesla may be making more subtle changes to its top-tier sedan before Model S Plaid deliveries kick off.

Watch the video below to learn more about the potential function on the ridges in the Model S Plaid’s yoke steering wheel!