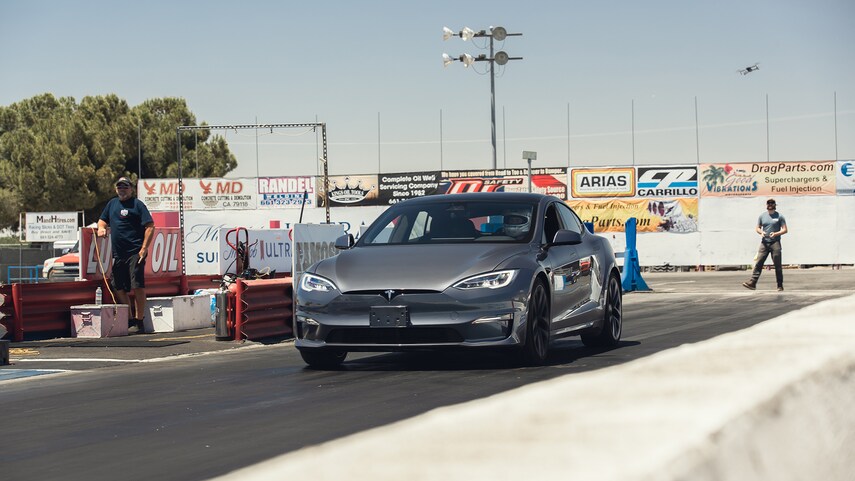 The Tesla Model S Plaid’s 0-60 mph time is listed on the company’s website as 1.99 seconds, a figure that critics have challenged since it was revealed online. The idea of a four-door, family sedan that’s filled to the brim with fancy tech features is something almost alien, after all. Yet in a recent test by MotorTrend, the Model S Plaid actually proved faster than its listed 0-60 mph time, hitting highway speeds in just 1.98 seconds.

After some internal discussions, the publication noted that the MotorTrend team relented to Tesla’s demands, provided that the vehicle could be tested in its Fontana test track the next day. This would allow MotorTrend to test the Model S Plaid both on the company’s terms, and on the same conditions that it’s used for other vehicles it has reviewed in the past. And with that, the Tesla Model S Plaid’s launch test was validated.

The Tesla Model S Plaid accelerated from 0-60 mph in just 1.98 seconds, faster than the company’s own figures on its official website. The quarter-mile run was achieved in 9.25 seconds at 152.6 mph, effectively making it the quickest production car that MotorTrend tested to date. Before the Model S Plaid, the fastest 0-60 mph time recorded by the publication came from the Tesla Model S P100D Ludicrous+, which hit 60 mph in 2.28 seconds. The fastest quarter-mile run was achieved by the Ferrari LaFerrari in 2015 when it completed a run in 9.74 seconds at 148.5 mph.

Both these records were shattered by the Model S Plaid. And that’s with the vehicle still not on the tires that would allow it to hit 200 mph, or the improvements that would likely be offered by a dedicated “Track Package.”

That being said, these numbers were achieved under conditions that were specifically set by Tesla. On MotorTrend’s later test in its test track without VHT, the vehicle accelerated from 0-60 mph in 2.07 seconds. That’s still over 0.2 seconds quicker than the previous record-holder, and only 0.09 seconds more than its launch in a VHT prepped surface. The publication was not able to test the Model S Plaid’s quarter-mile time in its test track, but based on its calculations, the vehicle could have finished the run in 9.34 seconds at 152.2 mph.