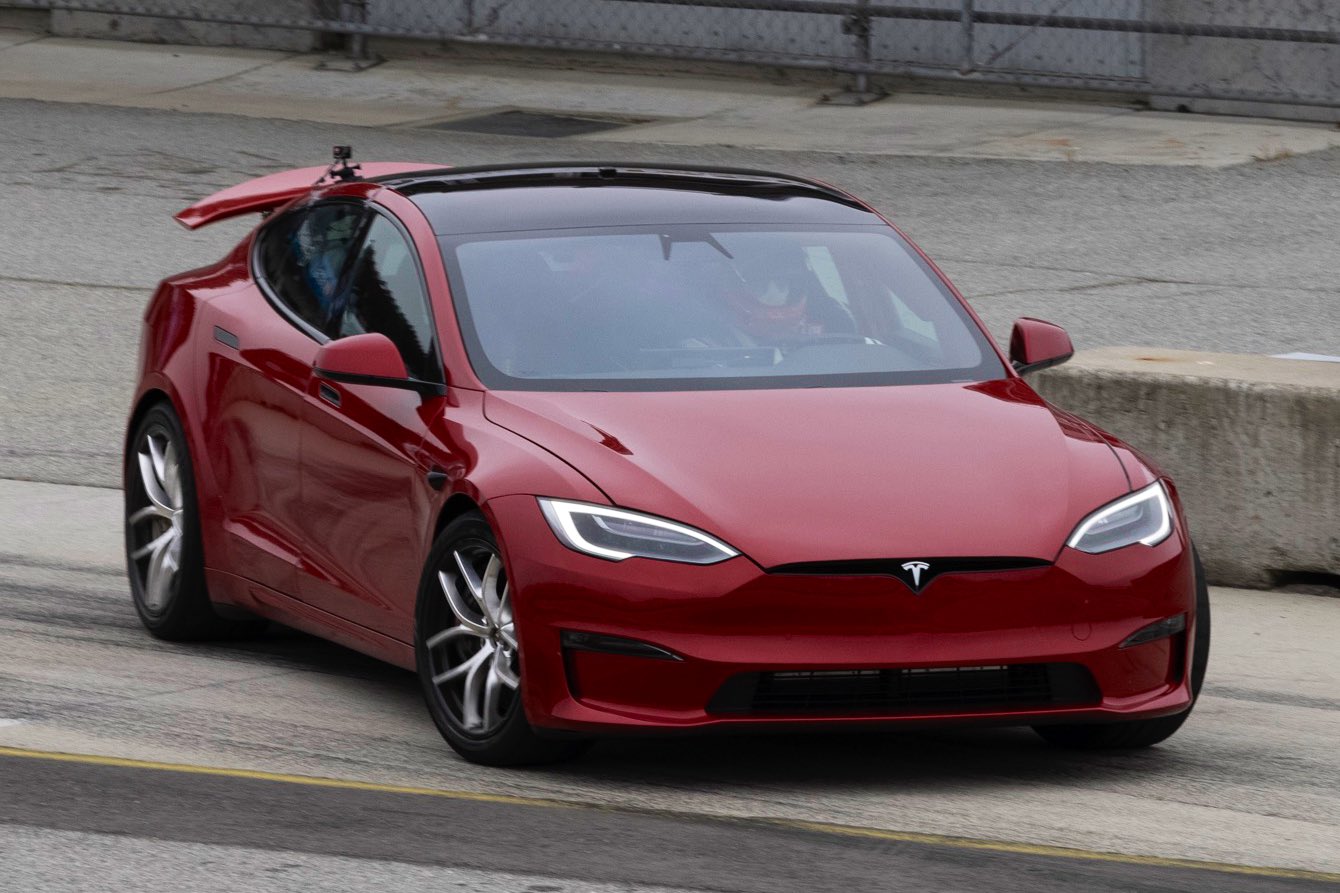 The Tesla Model S Plaid is designed to be a hardcore smackdown to gasoline-powered cars, so much so that its specs must be experienced to be believed. Unlike its predecessors, the Model S Plaid is even designed to handle the rigors of track driving, making it a four-door, all-electric monster that could humble hypercars like the McLaren Senna and McLaren P1 on the track.

But just like everything about Tesla and its products, the Model S Plaid still has space to be better. Its range could be better than its current 390 miles per charge, for example, and its setup could be even more tuned for closed-circuit driving. A hint at what a Model S Plaid could do when set up for the track was already teased by EV tuning shop Unplugged Performance, but based on some new observations on the company’s Parts Catalog, it appears that Tesla itself has plans to provide parts that could help the vehicle reach its full potential on the track.

A look at Tesla’s current Parts Catalog for the Model S shows that the company has listed two new wheels, which suggest that a dedicated “Track Package” may be coming for the flagship high-performance sedan. Specifically, these new parts appear to be Zero-G wheels with 285 front/305 wide rear tires. Such wheels have been spotted in a Model S Plaid prototype at Laguna Seca, as per images shared by EV group The Kilowatts.

Electric vehicle enthusiasts would remember that Tesla’s Zero-G wheels have been released as part of a dedicated Track Package in the past. Last March, Tesla released a new Track Package for the Model 3 Performance, and one of its key upgrades was its racing-focused wheels and tires comprised of Zero-G Performance wheels and 245/35ZR20 XL Michelin Pilot Sport Cup 2 tires. With this in mind, there seems to be a good chance that the Model S Plaid’s apparent Track Package may be paired with Pilot Sport Cup 2 tires as well.

The sheer size of the wheels and tires in the Model S Plaid’s apparent Track Package suggests that Tesla is looking to bring a true racecar-like experience for its customers. Such large tires at the front and rear of the Model S Plaid, after all, would likely allow the vehicle to handle the twists and turns of a track properly. And coupled with the flagship sedan’s carbon-wrapped electric motors, the Model S Plaid could very well be the next true track monster.

Oh hello there…. if one says no active aero that must mean one does have active aero. Restricted part. https://t.co/1gOBN8u2X9 pic.twitter.com/SRsj400vbj

But this is not all. As observed by Model 3 owner and detailer @BLKMDL3, the Tesla Parts Catalog also includes a rather interesting comment on the new Model S’ liftgate, stating that the part features “no active aero.” Whether this suggests that a Model S Plaid liftgate with active aero is coming in the future is up for question. However, a Model S with an active rear spoiler had been spotted in the past, in a vehicle that was widely believed to be a Model S Plaid+ prototype.