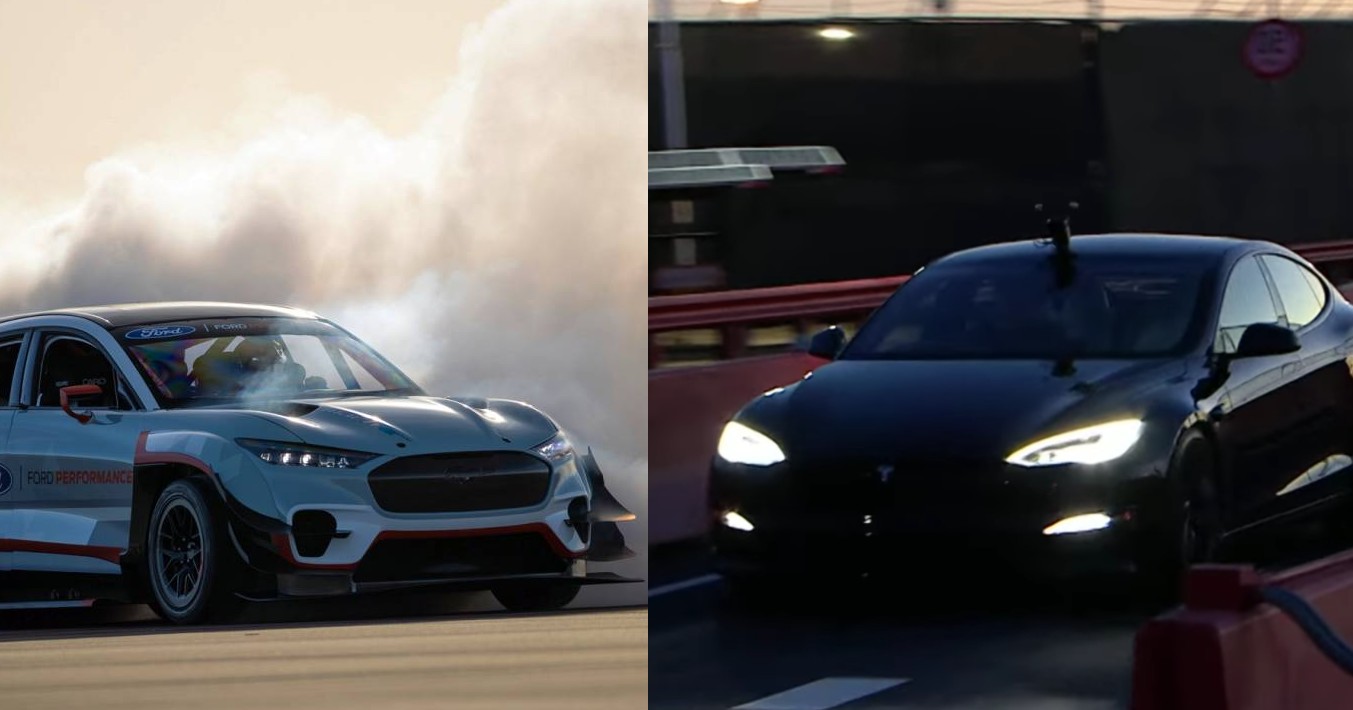 It appears that the newly-unveiled Tesla Model S Plaid has received its first challenge, and from a worthy competitor, no less. In a recent post on Twitter, Ford CEO Jim Farley responded positively to the idea of the Ford Mustang Mach-E 1400 — the automaker’s one-off monster— drag racing the Tesla Model S Plaid.

The suggestion came as a response to an initial post from the Ford CEO thanking Ford Performance for letting him take the 1400-hp monster out for a spin. Asked if the Mach-E 1400 would be drag racing the Tesla Model S Plaid “for bragging rights,” Farley responded with a quick “Good idea.” This, of course, practically sets the stage for one of the most exciting all-electric drag races to date.

I can confirm the all-electric #MustangMachE 1400 is an absolute machine. Thanks @FordPerformance for letting me test drive it. pic.twitter.com/NOgtk4ZOhO

Describing the Ford Mustang Mach-E 1400 as a monster is not an exaggeration. The one-off vehicle features a whopping seven electric motors, three in the front and four at the rear. These motors make a total of 1,400 hp (hence the vehicle’s name), and its giant wing and other aero components produce over 2,300 lbs of downforce at 160 mph. It’s a beast that’s designed for the track, as highlighted by its Brembo brakes with hydraulic handbrake.

In comparison, the Tesla Model S Plaid may seem almost conservative specs-wise. The vehicle, which held its first deliveries to customers last week, features three electric motors that produce 1,020 hp. It’s also noticeably larger than the Mach-E 1400, due to it being a legitimate four-door family sedan that could transport a family and a healthy amount of luggage without any issues.

In comparison, the Ford Mustang Mach-E 1400 completed the quarter mile in 10.78 seconds at 134.5 mph during an exhibition drag race last April, as per a video posted by Ford Performance on YouTube. With this in mind, it appears that the Model S Plaid actually has a legitimate fighting chance against the one-off monster. The only question now, of course, is if Tesla CEO Elon Musk would accept the invitation.

Musk, after all, previously accepted a challenge from Ford against the Cybertruck in the past, only to have the invitation withdrawn soon after.

Watch the Ford Mustang Mach-E in action on the drag strip in the video below.