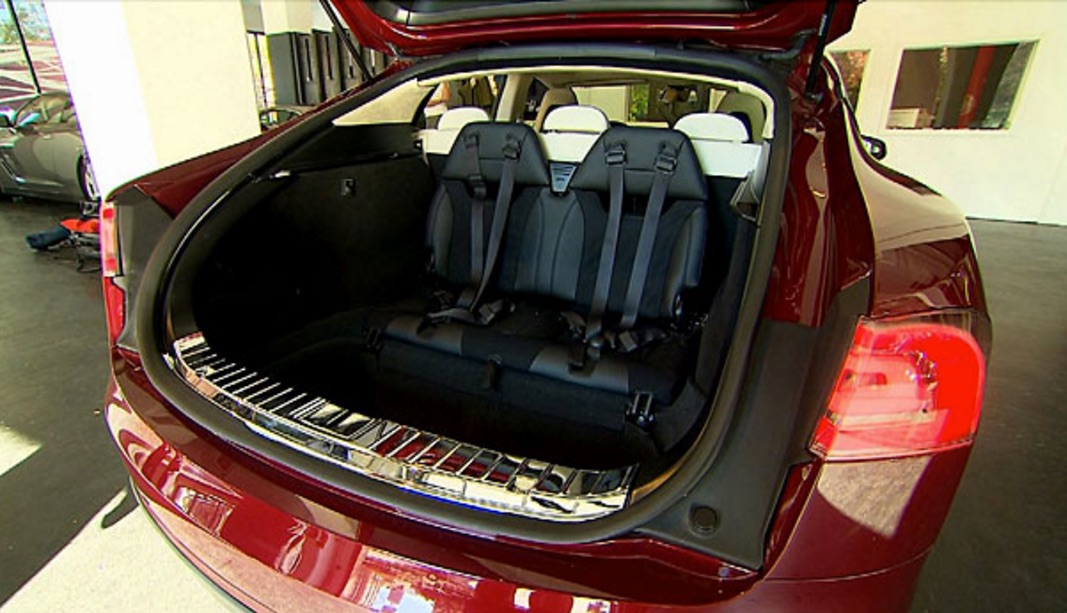 Tesla CEO Elon Musk took to his official Twitter last week to state that the Model S being tested at the Nürburgring had seven seats. When someone asked why, he comically replied, “to fit seven people”.

The Model S “Plaid” variant made its introduction to the world last week when it broke the track record for four-door sedans at the Laguna Seca Raceway in Central California. Among Tesla enthusiasts, the release date of the lightning-fast vehicle has been speculated heavily. But following reports of a Model S prototype absolutely demolishing Porsche Taycan’s Nürburgring record by 20 seconds, Musk doubled-down by saying he expects the production version to be even quicker than the prototype.

No, original 5 forward facing seats plus 2 rear-facing smaller seats. The new rear seats will accommodate larger passengers than before.

Details regarding the Plaid variant have been vague. We know it is fast and we know it’s a sizable four-door sedan, and we now find out that its rear-facing “jump seats” won’t be limited to children. When asked whether the Model S Plaid variant with 7-seat configuration will have a new layout, Musk replied, “No, original 5 forward-facing seats plus 2 rear-facing smaller seats. The new rear seats will accommodate larger passengers than before.”

This will be a welcome update for the Model S’ rear-facing seats jump seats. Before it was quietly retired by the electric car maker, the all-electric sedan’s rear-racing seats were considered as one of the vehicle’s neat tricks. While smaller than the vehicle’s regular seats, the Model S’ jump seats are the perfect size for children. Functioning like jump seats, they fold up when not in use and feature a five-point harness-style seat belt for safety.

Rear facing, but roomier. Great for family gatherings! I did a road trip across America with my five boys & Talulah in the 7 seat Model S several years ago.

Musk himself is one of the reasons behind the creation of the Model S’ original rear-facing seats. Being a dad of five kids, Musk wanted to have a vehicle that can haul his large family on road trips. He actually conducted one in 2014, traveling from Los Angeles to New York on an epic, six-day, 3,200-mile journey. The trip was partly done as a way to promote the Supercharger Network, which was starting its aggressive expansion then.

Considering the number of Superchargers at the time of Musk’s trip, the family had to stop about 20 times to charge the Model S during the trip. Speaking about the coming journey, Musk lightly remarked then that “I’m planning to do a road trip with my kids from LA to NY at the end of the year. Which will be an adventure. Kind of like those Chevy Chase movies.”