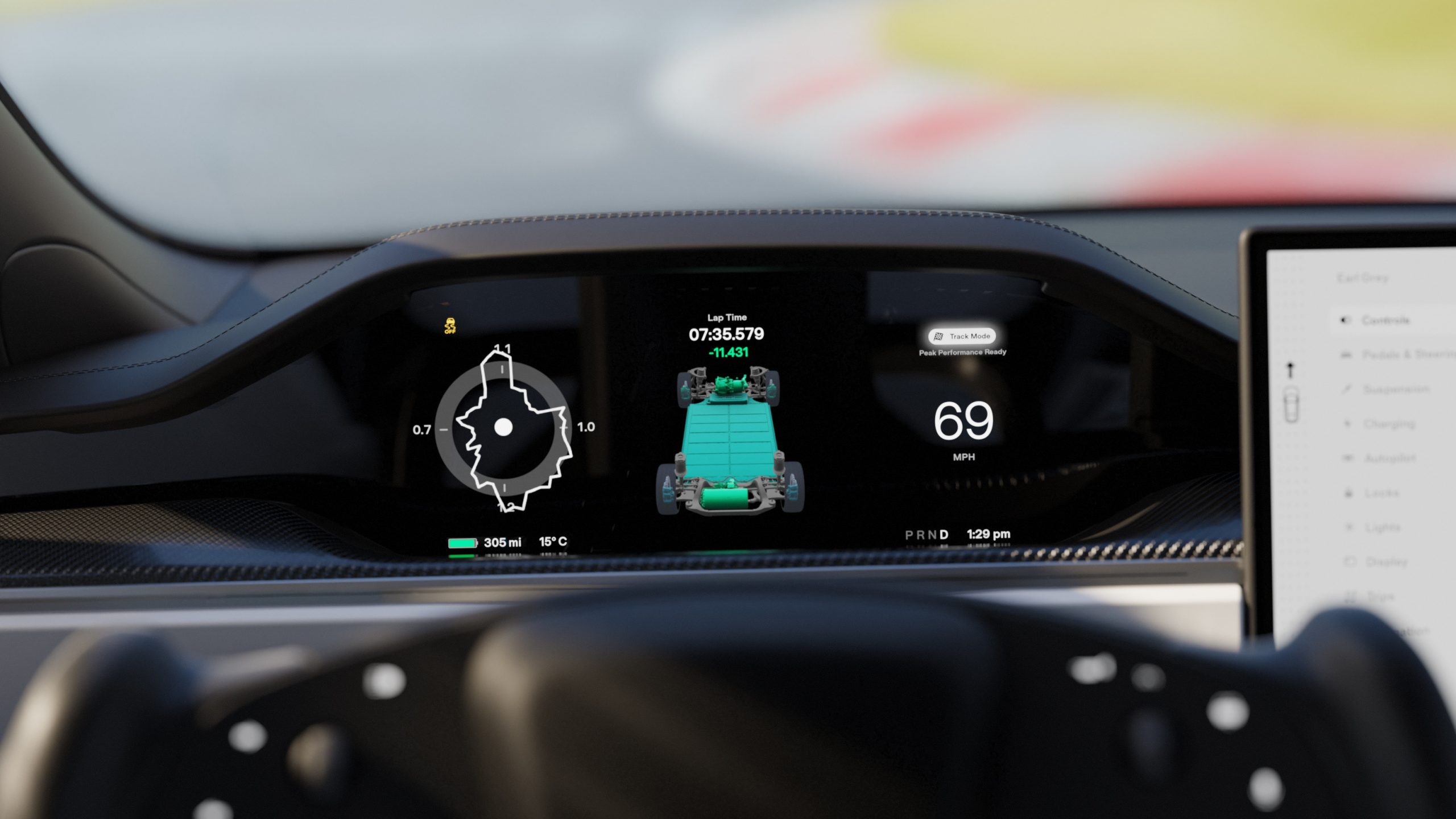 Tesla is officially rolling out the Plaid Track Mode to all Model S Plaid vehicles across North America this week. Tesla developed a few cool features for Plaid Track Mode, listed below.

When Plaid Track Mode is engaged, the temperature of the battery pack and motors are dropped. When the Model S Plaid starts ripping through the track, generating heat, shared coolant loops between the battery and motors keep the entire system cooler for a longer time.

Tesla boldly claimed that its goal with Plaid Track Mode was to “achieve the quickest lap time for a production electric vehicle at Germany’s Nürburgring, and allow individual adjustability of stability control, handling balance and regenerative braking to give drivers more authority over vehicle control at the racetrack.”

In February 2021, Elon Musk told podcast host Joe Rogan that Tesla aimed to achieve a lap time in the low-7-minutes with a Model S Plaid production unit. Musk estimated that Tesla could probably reach sub-7-minute lap times with further improvements. By September 2021, the Model S Plaid set a production vehicle record at the Nürburgring in Germany with a time of 7:30.909 at 166.320 km/h (103.35 mph). That Model S Plaid, however, did not seem to be equipped with Track Mode, nor did it have the company’s Carbon Ceramic Brake Kit.