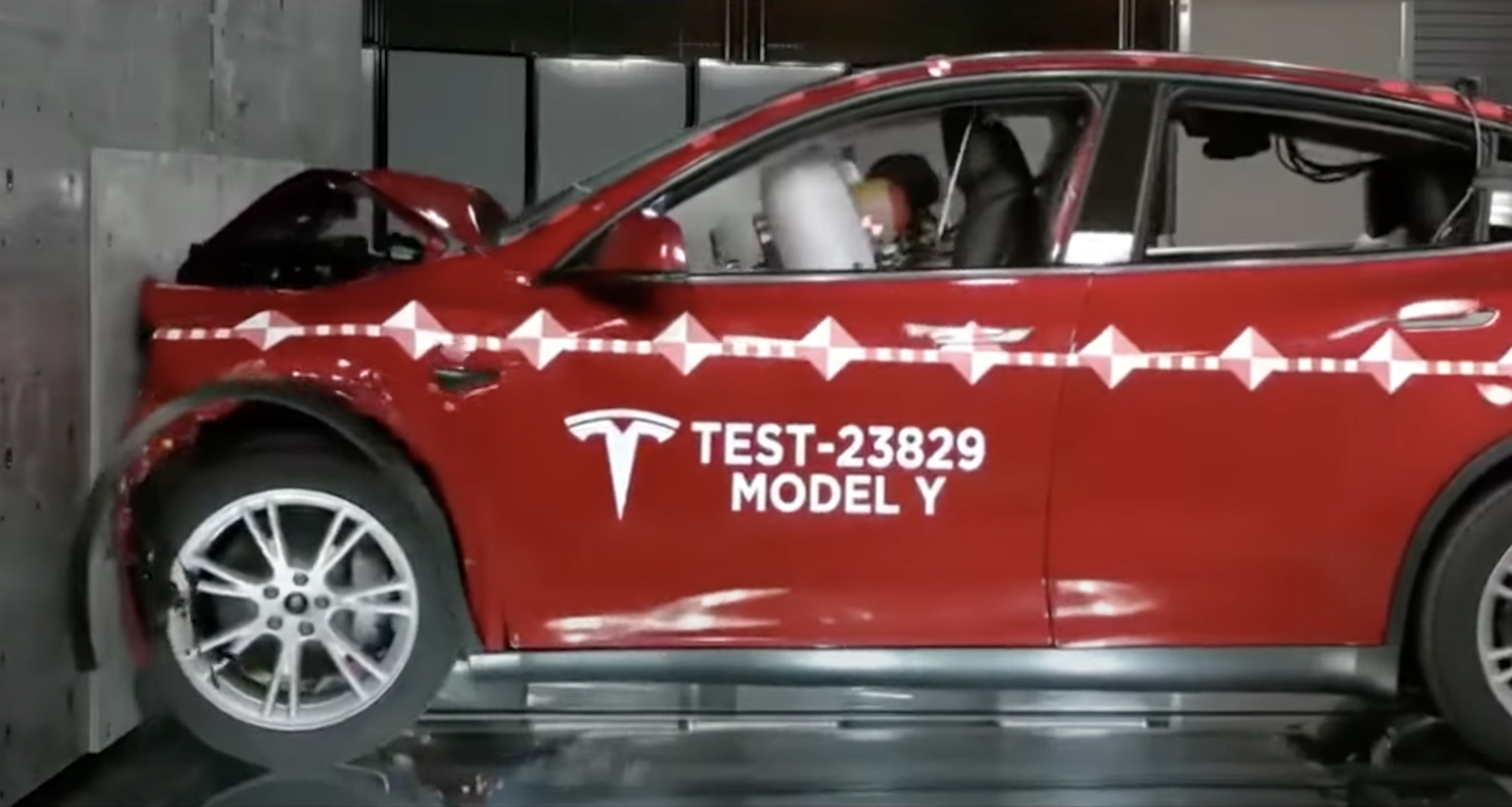 Tesla China has released another informative video, this time providing a close look into Giga Shanghai and the vehicles that it builds. The video, which is quite extensive at eight minutes, provided details on how Tesla goes above and beyond to ensure the safety of its vehicles’ passengers.

Tesla China’s video stated that strong yet flexible structures and materials are important factors to think about when considering a vehicle collision and the safety of passengers. Tesla uses a combination of steel and aluminum in the body of its vehicles.

Tesla’s combination of steel and aluminum minimizes the deformation of its cars’ cabins during a collision. A Tesla China materials engineer explained that certain parts of the front longitudinal beams are made from “super-high-strength” thermal forming steel. The material allows Tesla’s cabins to withstand strong impacts during crashes.

“The unibody casting door frame actually uses the strongest armor-class steel in the industry. It is formed using unibody casting so the whole side of the car is protected by the ultra-strength steel. It make[s] sure that the passengers can still open the door while escaping a collision,” noted a materials engineer from Giga Shanghai.

Tesla’s electric cars consistently rank among the safest vehicles in the world, with EVs like the Model 3 and Model Y earning 5-Star Safety Ratings from multiple agencies in several countries. But this is not enough. As highlighted by Tesla China in its recent video, Tesla goes further with its vehicles’ safety, using the company’s massive pool of driving data collected from its fleet. Using this data, Tesla could design its vehicles to handle even scenarios that are beyond those covered by safety agencies. And this, ultimately, is what makes Teslas truly among the safest cars in the world.

Watch Tesla China’s extensive coverage of the company’s vehicle safety efforts in the video below.