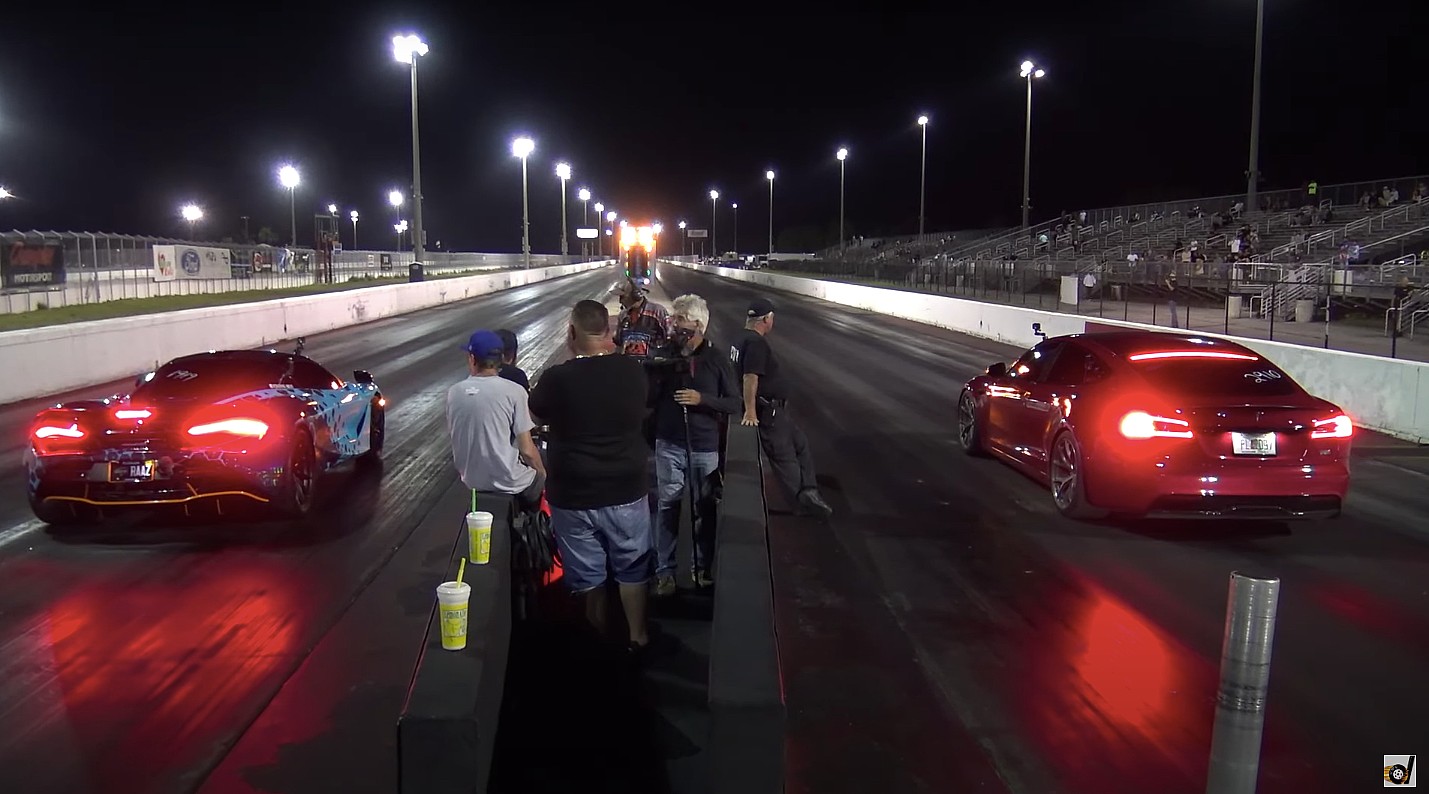 Back in 2017, the drag strip was haunted by a dual-motor all-wheel-drive electric car that was capable of humbling supercars on the quarter-mile. That car was the Model S P100D with Ludicrous Mode, Tesla’s flagship sedan at the time, whose violent acceleration was enough to spawn a thousand reaction videos on YouTube.

The Model S P100D with Ludicrous Mode had a pretty notable reign, beating internal combustion-powered cars left and right. But that all changed in 2017, when drag race enthusiast Brooks Weisblat of YouTube’s DragTimes channel matched up his Model S P100DL with Ludicrous with his McLaren 720S. The results were shocking to EV fans.

That video can be viewed below.

The McLaren 720S humbled the Model S P100D with Ludicrous, and even in subsequent races, the supercar still came out on top. Today, however, the story is much more different.

Tesla’s flagship sedan is the Model S Plaid, a three-motor, 1,000-hp electric monster whose acceleration could hit 1.99 seconds in ideal conditions. Against this beast, the ICE car that humbled the formidable Model S P100D with Ludicrous suddenly seemed like it was facing a mountain of a challenge.

This headstart didn’t matter. The McLaren 720S is by no means an underpowered car, but it sure appeared that way when the four-door all-electric family sedan absolutely dominated it. It took only a moment for the Model S Plaid to cover the headstart of the 720S, and after that point, it was pure domination.

Watch the full video of the McLaren 720S facing off against the Model S Plaid below.