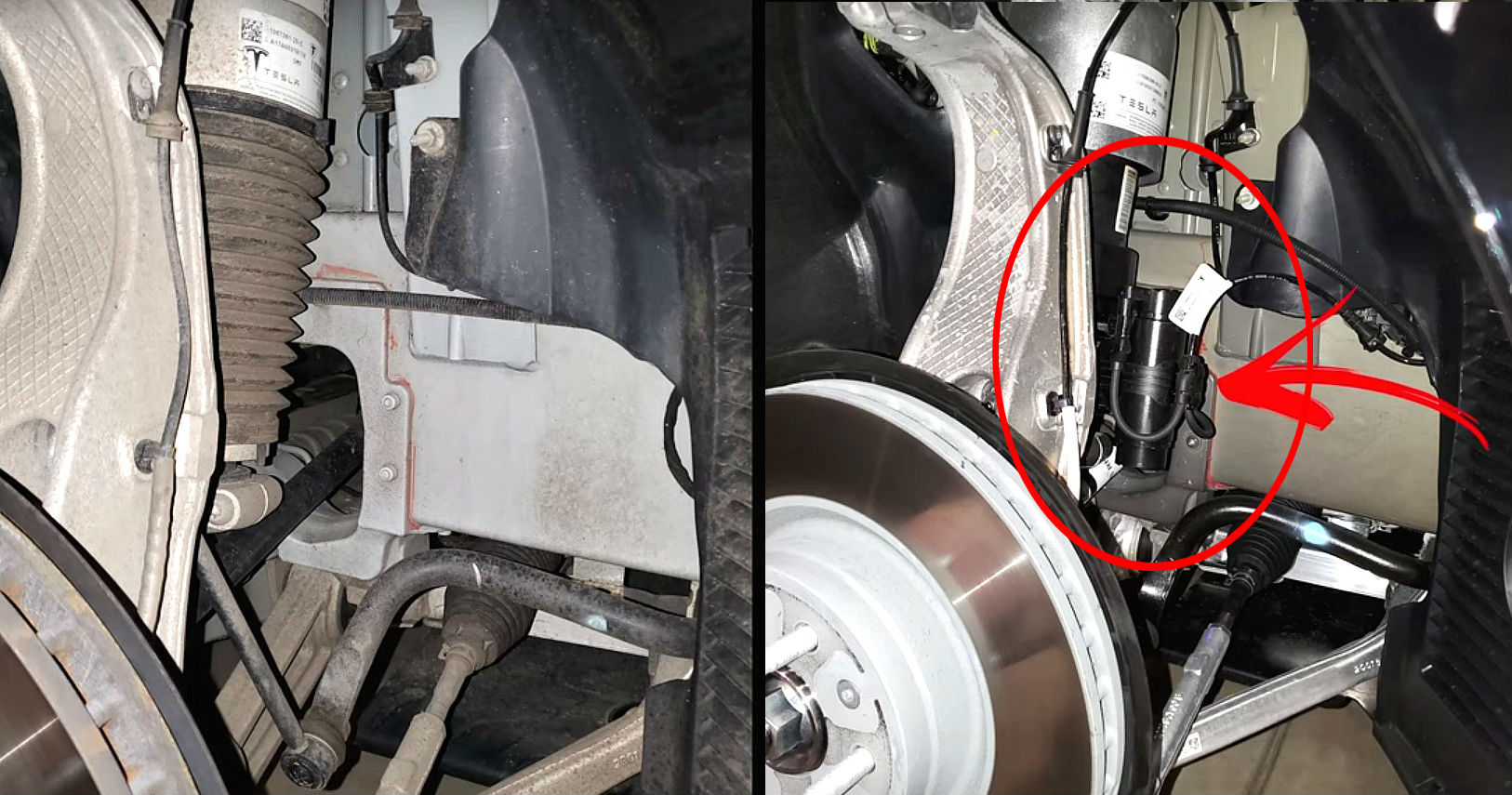 A recent video from a Tesla owner-enthusiast has provided a first look at the electric car maker’s newly-introduced Adaptive Suspension system for the “Raven” Model S and Model X. When Tesla announced Adaptive Suspension, the electric car maker described it as a system designed to give drivers an “ultra-cushioned feel when cruising on the highway or using Autopilot, and a responsive, exhilarating confidence during dynamic driving.”

Tesla owner-enthusiast DÆrik was fortunate enough to get his hands on a recently-bought Tesla Model S Long Range (formerly the 100D), which was equipped with 21” wheels. A comparison between the suspension on older Model S and the new “Raven” Model S clearly showed that the new vehicle had a completely different suspension setup. Quite interestingly, the Adaptive Suspension system in the Model S Long Range looks quite similar to Maxwell Technologies’ own Active Suspension system. 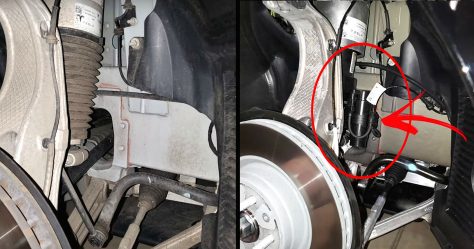 “ADAPTIVE SUSPENSION DAMPING: Choose from STANDARD or SPORT to adjust the feel of the suspension system. STANDARD provides a softer and more fluid ride whereas SPORT provides a firmer, more controlled ride that increases driver engagement and connection to the road.”

A road test comparing the vibration levels of the newer Model S and an older Model S showed that the newer vehicle was capable of offering a much comfortable ride. The Tesla owner-enthusiast tested the new Model S on both Sport and Standard Adaptive Suspension settings, and both were notably smoother than the ride offered by an older Model S. The “Raven” Model S used in the test was equipped with 21” wheels as well, which are not optimized for comfort. With 19” wheels, the new Model S would likely have offered an even smoother ride.

As with many of Tesla’s new features for its vehicles, Adaptive Suspension is specifically designed to be upgradeable through over-the-air software updates. As such, more improvements to the system could be expected in the near future.

Being closely related to the Model S and Model X’s ability to “sense” the road, the system could work very well with Tesla’s neural network improvements. Tesla describes Fully Adaptive Suspension as a system where the car’s software will determine a vehicle’s dampening based on calculations of road conditions. A neural network trained to determine these road conditions ahead of time, and then preemptively adapt the suspension without input, would be a perfect matchup for the technologies. This could ultimately ensure that when Tesla rolls out its Full Self-Driving suite, Model S and Model X owners can be assured that their ride will be as comfortable as possible.

Watch DÆrik’s first look into Tesla’a Adaptive Suspension system in the video below.