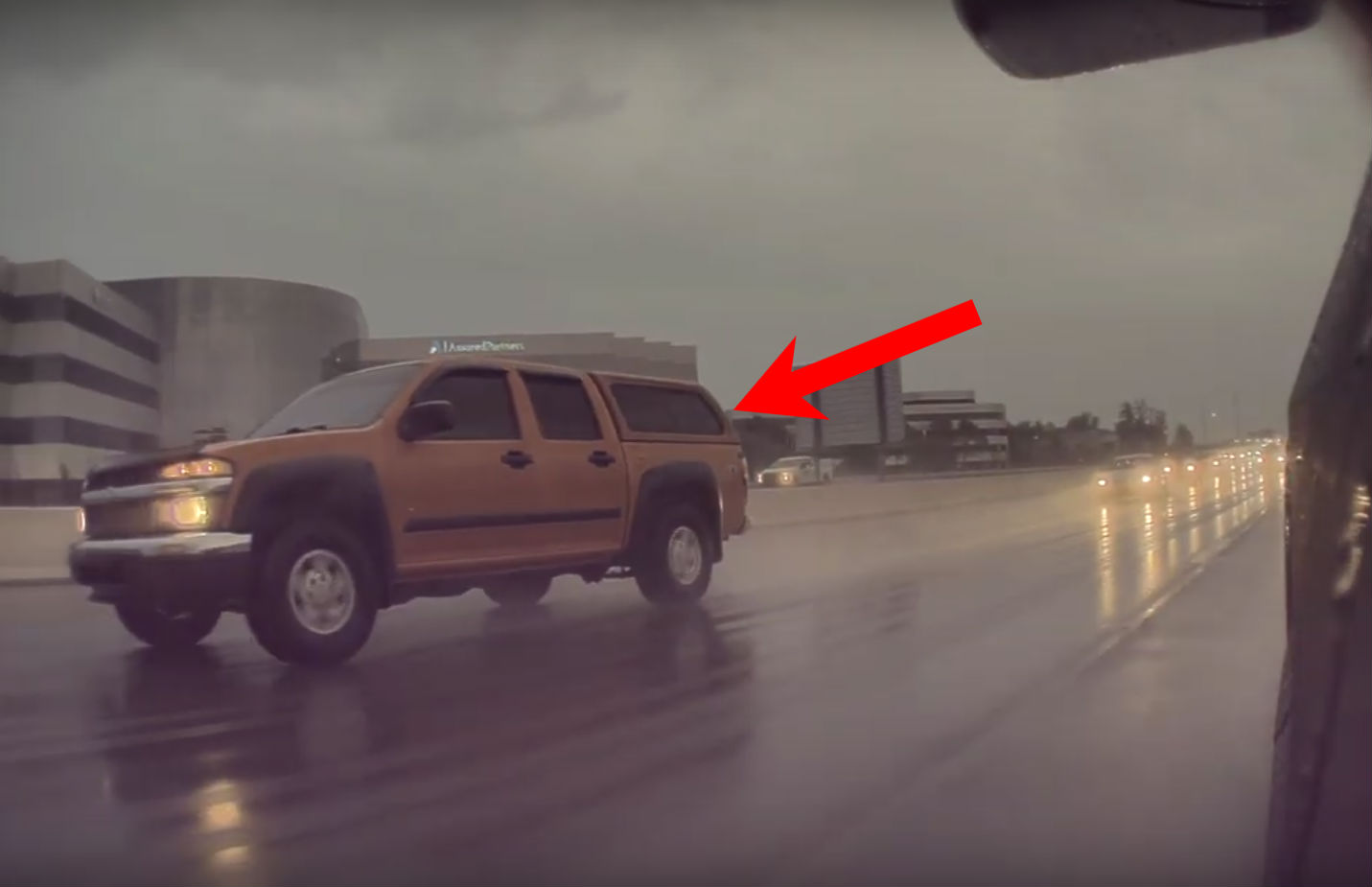 A Tesla Model 3 owner is thanking his electric sedan’s driver-assist system for saving him from getting sideswiped on the freeway. Surprisingly, the Model 3 owner only realized this hours after the incident happened, when he was reviewing footage from his vehicle’s built-in dashcam.

Jeff McQuinn had only taken delivery of his Tesla Model 3 a couple of days before his vehicle was involved in the close call. While driving on the freeway during moderately heavy rain on Autopilot, McQuinn felt his Model 3 swerve into an adjacent lane. He initially thought nothing much of the incident, attributing his Model 3’s rather bizarre behavior to something that might have affected Autopilot.

Based on the footage of the incident, it was evident that the Model 3 actually avoided a potential accident after a truck in an adjacent lane swerved into the electric sedan’s lane. This resulted in the Tesla engaging evasive maneuvers to avoid the other vehicle. The Model 3 owner described his experience in the description of his vehicle’s dashcam footage, which he shared on YouTube.

“My Tesla Model 3 was only two days old, and it saved me from getting sideswiped in moderately heavy rain. I first thought there was something wrong with my car, or Autopilot was not working well in the rain when it swerved hard into the other lane. It gave all the warnings, but I thought maybe rain got onto the camera lens. It wasn’t until I looked at the dashcam (footage) that (I realized that) it saved me (from) a moderate accident,” McQuinn wrote.

More than a convenient driver-assist system, Tesla’s Autopilot is a safety system designed to protect drivers on the road. Autopilot uses a suite of cameras, radar, and ultrasonic sensors, and artificial intelligence to observe a vehicle’s surroundings, and all these came into play when McQuinn’s Model 3 avoided getting sideswiped by the truck. Ultimately, the Model 3 owner’s experience is something that would likely become more common in the future, as Tesla rolls out more vehicles with Autopilot as a standard feature.

Tesla has been releasing vehicle safety reports for Autopilot over the past quarters, and so far, results suggest that the driver-assist system makes driving significantly safer. In the first quarter of 2019, for example, Tesla registered one accident for every 2.87 million miles driven in which drivers had Autopilot engaged, while one accident for every 1.76 million miles driven was recorded for vehicles that did not have Autopilot engaged. By comparison, the NHTSA’s most recent data reveals that in the United States, there is an automobile crash every 436,000 miles.

Watch a Tesla Model 3 on Autopilot save its owner from a potential accident in the video below.