A Tesla powertrain, along with several other parts from a new Model S, was used to convert music star Johnny Cash’s 1970 Rolls Royce into an all-electric powerhouse.

The team at SHIFT EV, a company dedicated to performing quality gas-to-electric vehicle conversions, was in charge of overseeing the project. The restoration and modification project, or resto-mod, would use several parts from a brand new Tesla Model S.

When the SHIFT EV team acquired the Rolls Royce, it had 130,000 miles on it and was barely functional. “It ran, rolled, and stopped,” the company’s website says. Rolls Royce mechanics had determined that the car had three bad cylinders, frozen and dragging brakes, and other issues that would require a complete overhaul of the vehicle.

Because of the numerous problems that the team encountered, the only option was to perform a resto-mod to ensure the vehicle would operate correctly.

The first step was getting ahold of a Tesla battery pack and drive unit, so the team used the parts from a new Tesla Model S.

Planning the project required the SHIFT team to use a CAD program to animate where the numerous parts of the Model S would be positioned under the Rolls Royce.

One of the most critical functions of the project was to maintain some of the basic safety features that are offered within Tesla’s powertrains. These include ABS braking, and traction and stability control.

Then came the assembly portion of the project. The Model S is about 10 inches wider than the Rolls Royce, so the SHIFT team had to use custom narrowed half-shaft axles to ensure a proper fit. A 75 kWh battery pack was equipped under the luxury vehicle. 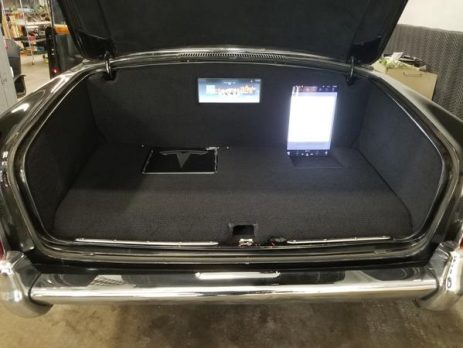 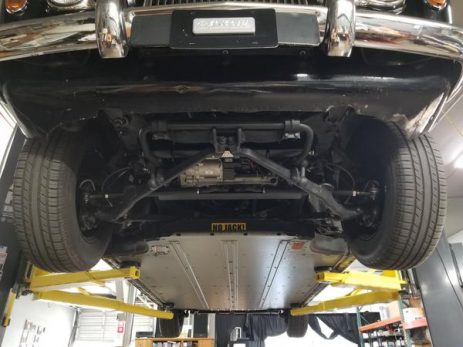 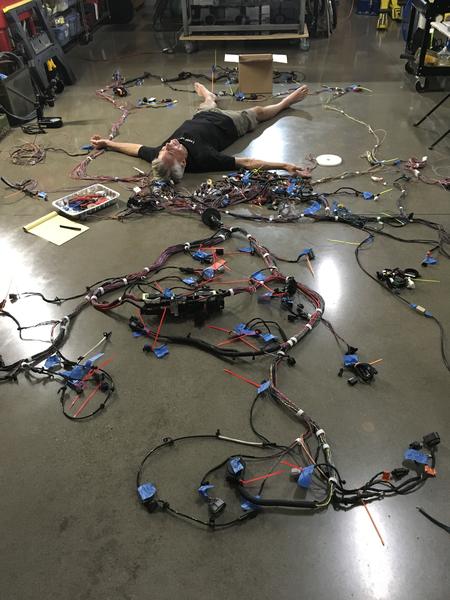 Interestingly, the team at SHIFT didn’t want to modify the interior of the Rolls Royce, so they decided to install the Center Instrument Display and Dashscreen in the trunk of the vehicle. They were equipped with protective covers to prevent damage in case the owner of the car would want to place luggage or other valuables in the trunk.

The project is one of many Tesla conversion designs that have been performed over the years. However, turning the Rock and Roll star’s Rolls Royce into an all-electric powerhouse is one of the most unique conversions to date.

We think he would approve of the updates, assembled “one piece at a time,” SHIFT EV said.