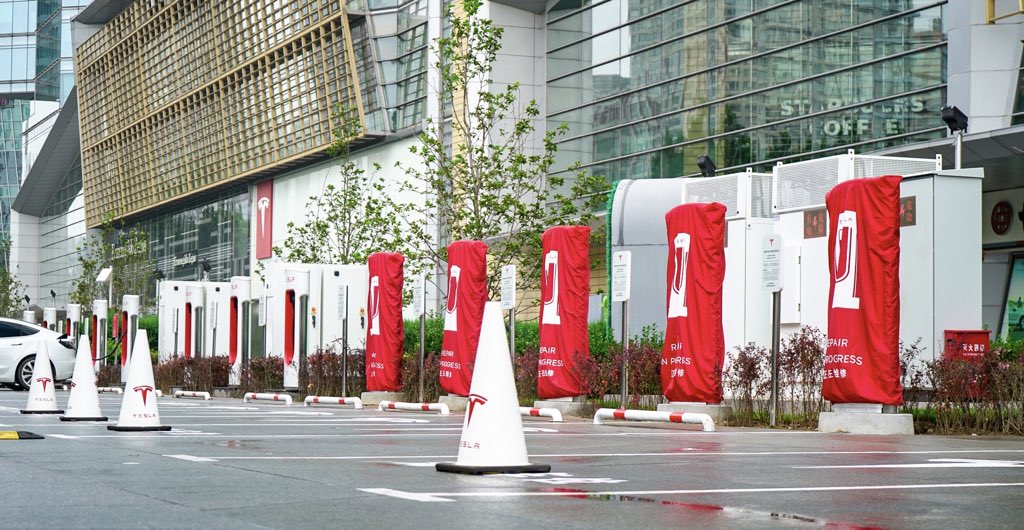 Tesla China has announced that the first Supercharger V3 in Beijing is now live. The launch of the new V3 site marks yet another step in the electric car maker’s efforts to ramp its charging infrastructure in China, which should provide customers with more support as the locally-produced Model 3 gets ramped in the country.

The installation of a Supercharger V3 station in Beijing is incredibly pertinent for Tesla, especially considering that the city is one of the country’s cities with the most number of registered cars. In 2018, it was estimated that Beijing alone had more than 5.9 million vehicles registered. And as it so happens, the city is poised to ban the sale of fossil fuel-powered cars by 2030.

With this in mind, Tesla’s Supercharger V3 expansion in Beijing could be a way for the company to emphasize that it is ready to support a large influx of electric vehicles in the coming years. Tesla’s V3 Supercharger ramp in China could also support the ongoing expansion of Gigafactory Shanghai, which is now getting ready for the production of the Model Y. The Model 3 and Model Y are both high-volume vehicles, which means that a good number of them could gain ground in key Chinese cities like Beijing.

Tesla’s Supercharger V3 is designed to provide a rapid charging solution for the electric car maker’s growing fleet of vehicles. The system features a completely new architecture with a 1MW power cabinet and peak rates of 250kW per car with no charge splitting. At peak efficiency, the Supercharger V3 could charge a vehicle in just about 15 minutes at rates of 1,000 mph.

As noted by Tesla in its Supercharger V3 announcement, the new infrastructure would cut the amount of time EV owners spend at Superchargers by an average of 50%. With this, each Supercharger V3 station could accommodate a larger number of vehicles, allowing the system to support Tesla’s growing fleet. This will be key for the company, especially with the upcoming arrival of other high-volume vehicles like the Cybertruck.