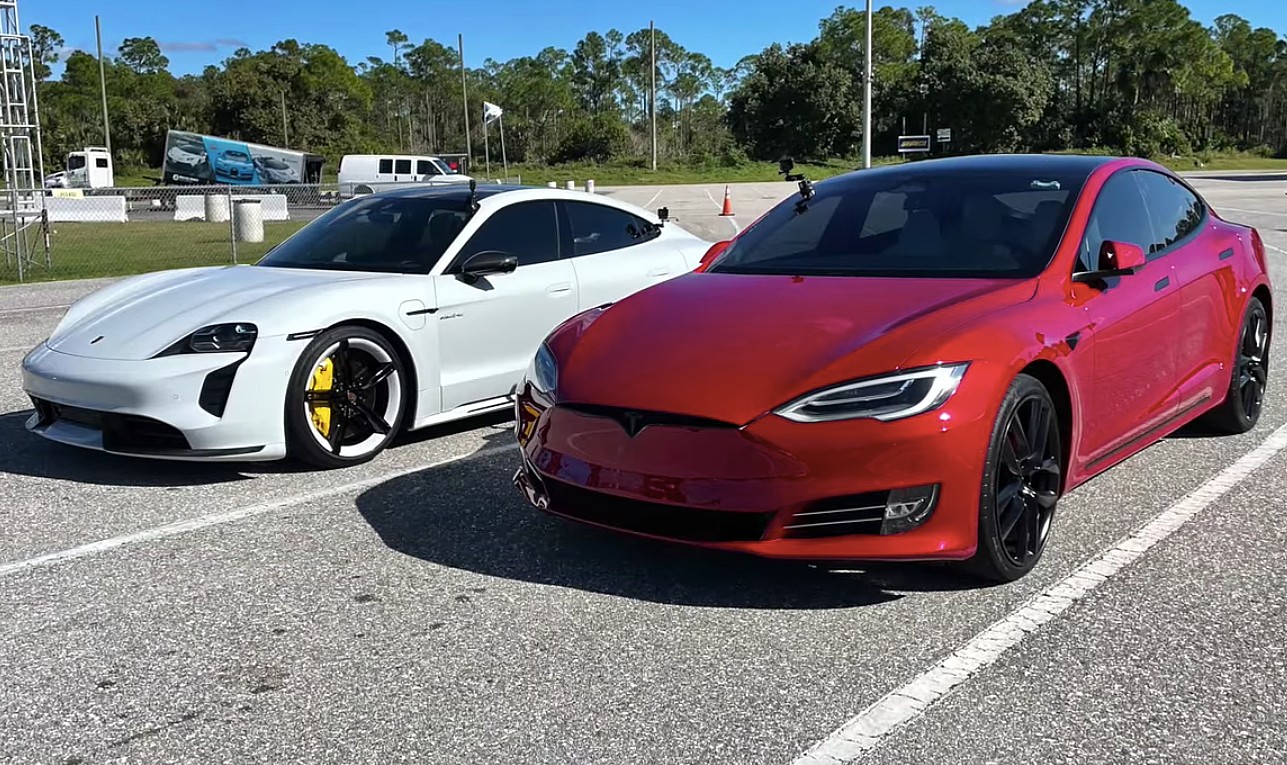 The Tesla Model S Performance recently took on the Porsche Taycan Turbo S in a completely fair heads-up drag race, and the results were conclusive, if not expected by the electric car community. As predicted by veteran drag racers and Tesla enthusiasts in the past, a true race between the two lightning-quick flagship sedans would be two things: it would be very fast, and it would be close.

To ensure that the conditions for both vehicles were as optimal as possible, Brooks Weisblat of YouTube’s DragTimes channel took the Model S Performance with the Cheetah Stance update and the Porsche Taycan Turbo S to a rented drag strip via tow truck, allowing both cars to keep 100% of their battery charge. The two vehicles then raced each other three times, with Weisblat behind the wheel of the Taycan and an experienced Tesla owner driving the Model S.

The results were, quite unsurprisingly, as expected by members of the electric car community that have been following the Model S vs Taycan saga for a while now. In its first run, the Model S proved slightly faster than the Taycan in terms of its 0-60 mph time, but as the race progressed, the Porsche pulled ahead, likely thanks to its two-speed transmission. By the time the two vehicles completed the quarter-mile race, the Taycan was about one car length ahead of the Model S.

Of course, factors such as drivers’ reaction time played a factor in the two vehicles’ test, with Weisblat’s reflexes being quicker than the Tesla driver’s. Yet as the YouTube host mentioned in a post-race discussion, the two vehicles’ raw performance in the quarter-mile is still very close. The veteran drag racer also remarked that a gap of one car length is not that bad for the Tesla, especially considering that the Model S Performance costs about half of the Taycan Turbo S.

Interestingly, this result was predicted by Weisblat himself last year when he was debunking a Model S vs Taycan test from motoring publication Top Gear, which claimed that the Porsche completed the quarter-mile in 10.69 seconds and the Tesla in 11.08 seconds. Weisblat remarked that the 0.39-second gap between the two vehicles should have ended with the Taycan about four car lengths ahead of the Model S, but a video of the two vehicles’ actual battle showed that the Porsche was only one car length ahead when it crossed the quarter-mile mark.

Watch a video of the Model S Performance and the Taycan Turbo S in the video below.