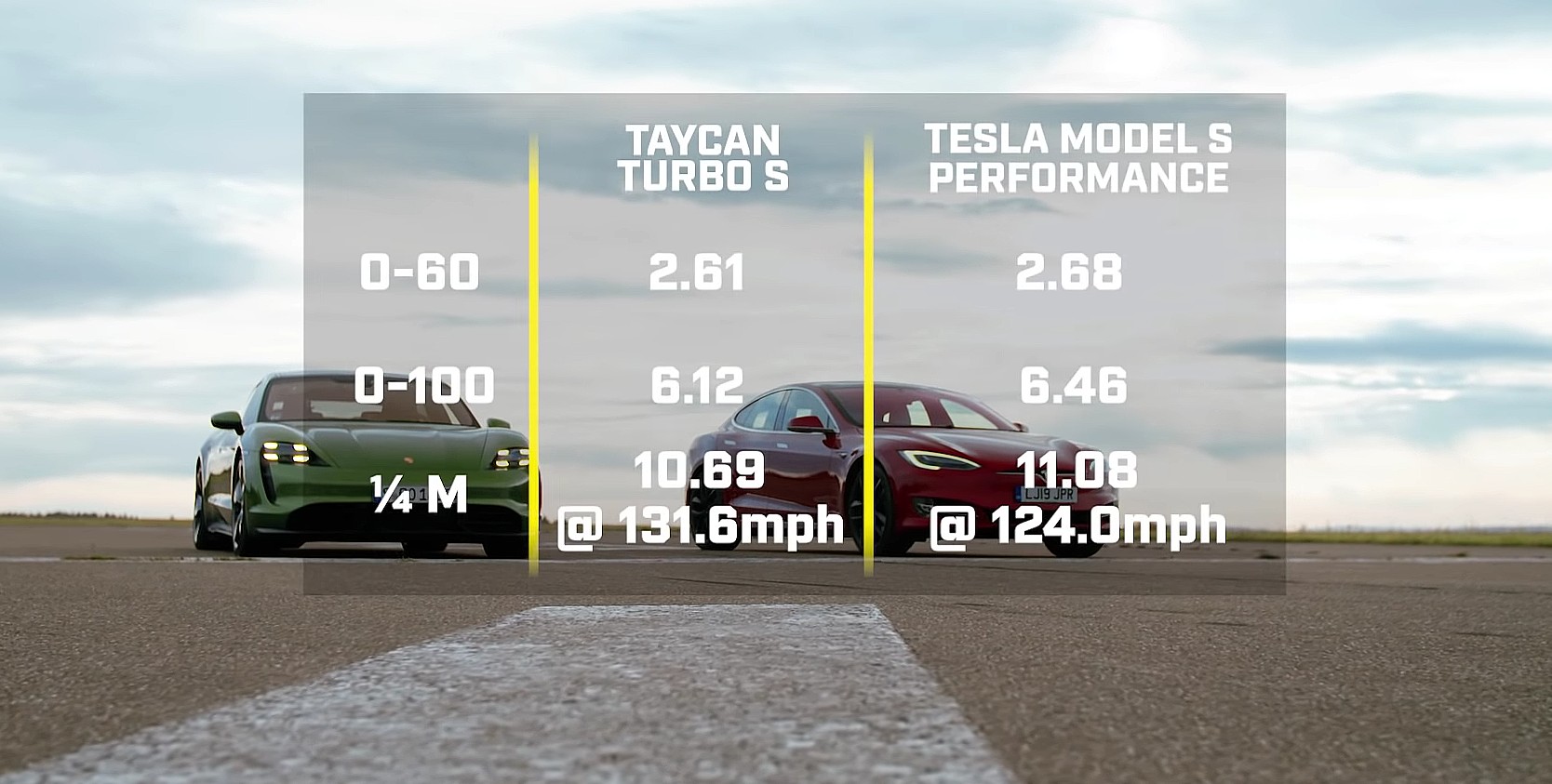 Just recently, motoring publication Top Gear posted a video comparing the Porsche Taycan Turbo S to the Tesla Model S Performance. The publication featured a drag race between the two vehicles which ended with the Taycan taking the win from the Model S. The quarter-mile race seemed to be a clean win for the Porsche, but according to a veteran drag racer, there are some aspects of the race that were, to say the least, suspicious.

Brooks of DragTimes has extensive experience on the drag strip, being the owner of vehicles like the McLaren 720S and the new Ford GT. With a garage filled with high-performance cars and innumerable straight-line races under his belt, Brooks knows a thing or two about drag racing. His experiences with his Model S P100D also make him a veteran Tesla owner who knows all the quirks of the all-electric sedan inside out when launching from a straight line.

With this in mind, the veteran drag racer noted that there seems to be several things that are wrong about the results of Top Gear‘s quarter-mile race between the Porsche Taycan Turbo S and the Tesla Model S Performance. The motoring publication listed the Model S’ 0-60 mph time at 2.68 seconds, its 0-100 mph at 6.46 seconds, and its quarter-mile time at 11.08 seconds at 124.0 mph. The DragTimes host noted that this immediately rings some alarm bells, as the Model S Performance is known to clock 10.6-second quarter-mile times regularly.

But it gets stranger. Looking at the figures listed by Top Gear after the two vehicles’ drag race, it appears that the publication basically copy-pasted the exact same performance figures of the Model S from a race against a Mercedes AMG E63S from 2017. This, according to Brooks, is highly suspicious, since the chances of a vehicle having the exact same 0-60 mph, 0-100 mph, quarter-mile time, and trap speed in two different drag races are incredibly thin.

Apart from this, the DragTimes host argued that the Model S which raced against the Taycan Turbo S did not seem to be in Launch Mode. This is because the Model S squats when Launch Mode is engaged, something that did not seem to happen in Top Gear‘s video. The motoring publication did not seem to engage the full capabilities of Ludicrous Plus Mode as well, as the graphics on the vehicle’s MCU and instrument cluster do not feature the same settings as a Model S with its maximum performance enabled.

If the DragTimes host’s observations are correct, then it means that Top Gear misrepresented the Tesla Model S in its recent comparative video against the Porsche Taycan Turbo S. This is unfortunate, as the two vehicles are actually neck-in-neck, and they do feature quarter-mile performance that can make an exciting drag race. The Porsche Taycan Turbo S is a great vehicle too, and its two-speed gearbox will likely give it an advantage over the Tesla Model S Performance at high speeds.

Simply put, the Porsche Taycan Turbo S is a worthy competitor that has the potential to win against a Raven Tesla Model S Performance with Launch Mode and Ludicrous Plus fair and square. Misrepresentations, whether intentional or not, only do Porsche an injustice. The Model S deserves better, and the Taycan Turbo S does too.