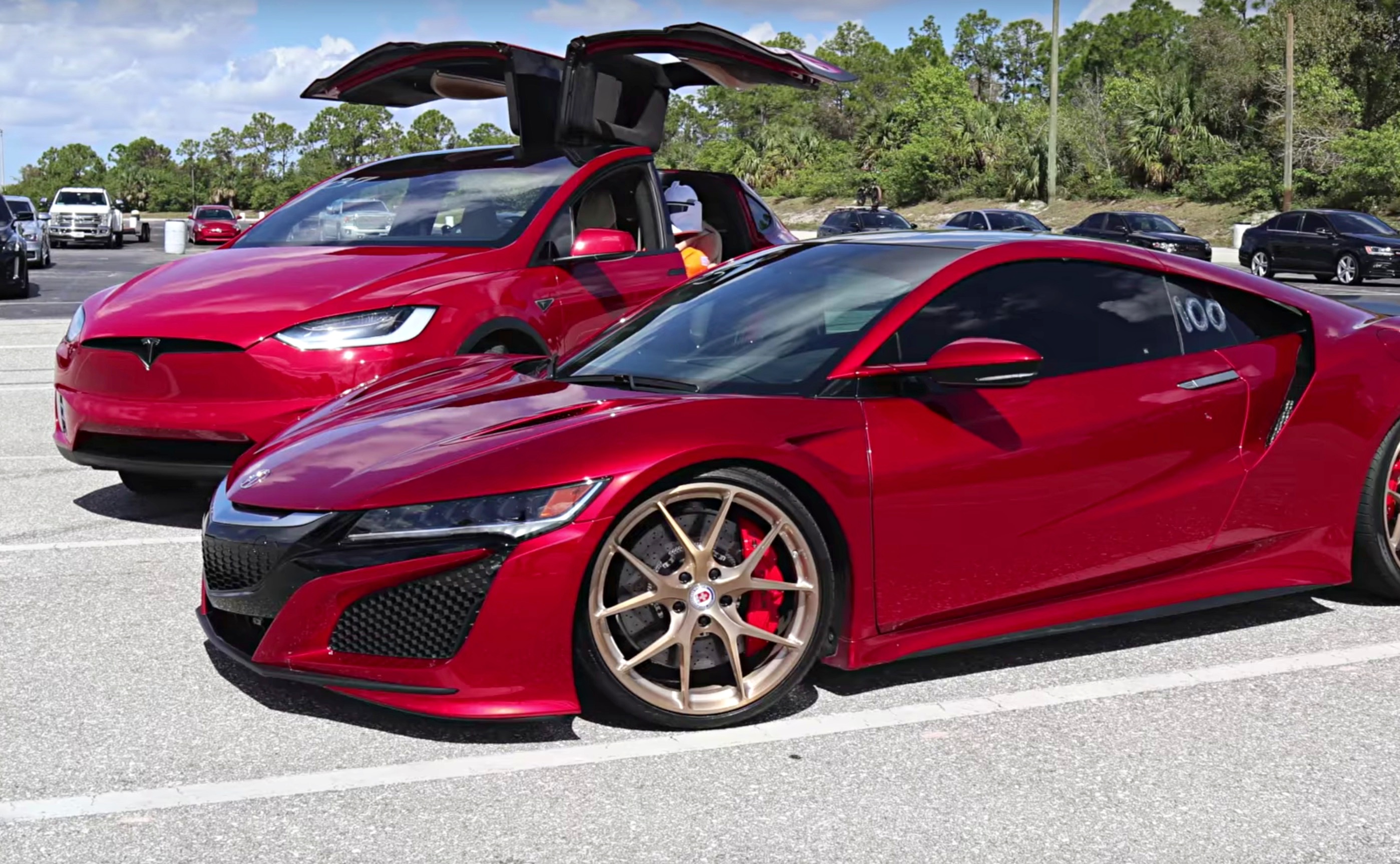 A Tesla Model X P100D recently dominated a car that was able to go head-to-head with the Model S P100D in the past — the Acura NSX. In a classic quarter-mile drag race, the Model X P100D pulled away cleanly from the hybrid supercar, finishing the race 0.25 seconds quicker than its competitor.

The Model X P100D vs. Acura NSX video was uploaded by YouTube’s resident drag racing enthusiast, Brooks of DragTimes. Brooks had actually raced against an Acura NSX in the past, with the supercar battling the Model S P100D, the fastest electric car in Tesla’s current lineup. During that particular race, the Model S P100D won one and lost another to the NSX, proving that the Japanese-bred supercar was a formidable force on the drag strip.

Considering that the Acura NSX actually won against a Model S P100D in the past, its victory against the far heavier Model X P100D seemed almost inevitable. On paper, after all, the two vehicles could not be any more different, the Tesla being a massive, heavy, seven-seater electric SUV and the Acura NSX being a classic two-seater supercar.

The Acura NSX boasts impressive specs, with the hybrid supercar featuring a 3.5-liter Turbocharged V6 engine paired with three electric motors that give 573 hp to its wheels. The car also adopts an all-wheel-drive drivetrain and a 9-speed DCT transmission. Weighing 3,800 pounds, the NSX is pretty lightweight, allowing it to launch off the line in an incredibly quick manner. Brooks also noted in his recent video that the NSX competing against the Model X P100D was equipped with aftermarket Science of Speed Exhausts and HRE wheels, which help the car accelerate from 0-60 mph in 2.9 seconds.

As could be seen in Brooks’ recently uploaded video, the Model X P100D’s instant torque became a major difference-maker in the race. Launching off the line with authority, the electric SUV immediately pulled away from the hybrid supercar.

Brooks’ Tesla Model X P100D recently set a world record for SUVs in the quarter-mile, finishing the run in 11.281 seconds at 118.37 mph. The electric SUV immediately followed the feat by battling a Jeep Trackhawk, widely regarded as one of the fastest ICE SUVs in the market. Just like its race with the Acura NSX, the Model X P100D completely dominated the 707-hp Dodge Hellcat-based Frankenstein-of-a-Cherokee SUV on the drag strip.