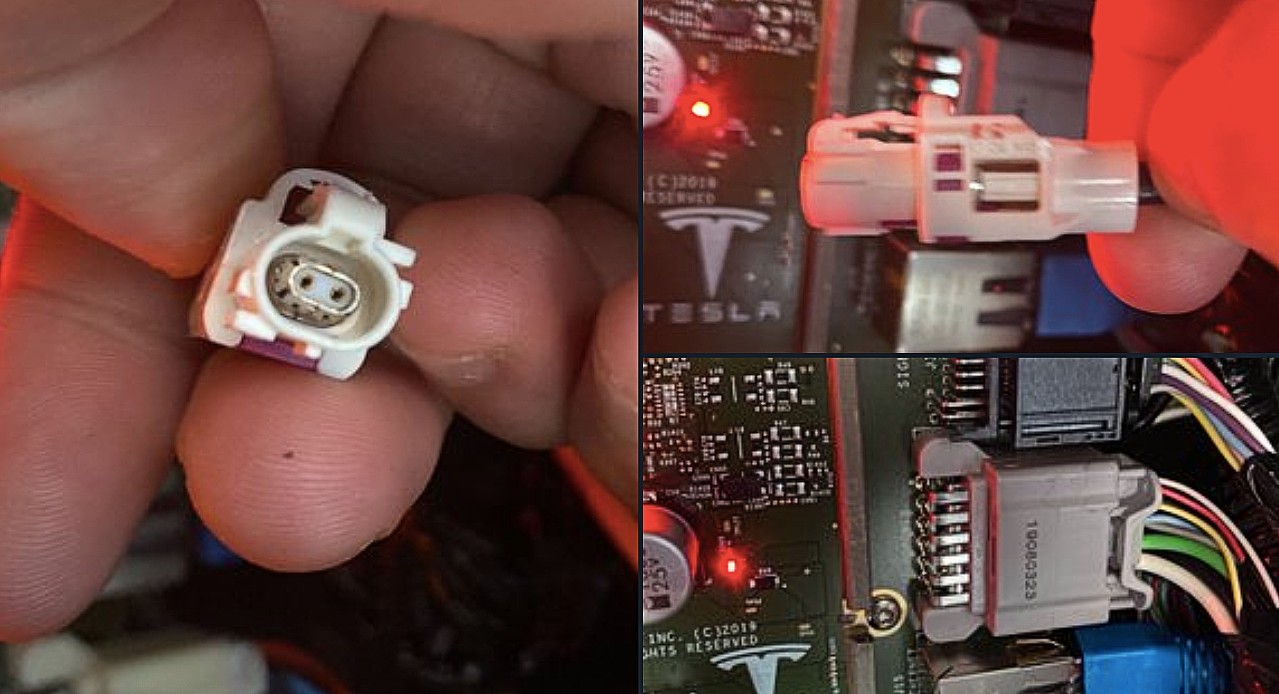 The Tesla Model Y is proving to be a vehicle that’s loaded to the brim with optimizations. From its wiring to its casting, the Model Y seems to be designed to be as future proof as possible. And if a recent set of tweets from a noted Tesla hacker are any indication, this future proofing may even extend all the way into the ethernet links used in the vehicle’s Autopilot computer and infotainment system.

Tesla owner-hacker @greentheonly recently posted images of computer components used in the Model Y that were evidently different from the ones used in the Model 3. Among these, the most notable change lay in Tesla’s use of upgraded ethernet links for the Autopilot computer and the infotainment system. While the Model 3 is equipped with 100 mbps links, the Model Y was equipped with links that are capable of 1 gigabit speeds. This change also necessitated a harness update in the all-electric crossover.

What is rather interesting is the fact that Tesla does not really need a 1 gigabit ethernet link for its electric cars today, or perhaps even in the near future. This is because the updated component in the Model Y is not related to the performance of Full Self-Driving or Autopilot at all. It is simply the link between Hardware 3 and the Model Y’s infotainment system.

Tesla community members from the r/TeslaMotors subreddit have stated that the 10x improvement in the Model Y’s ethernet link may actually be quite excessive specs-wise. Tesla enthusiast u/ShaidarHaran2 mentioned that it’s challenging to think of a process or task that would require gigabit speeds. Even if Tesla were to roll out improvements in the transmission of virtual display elements like traffic cones, lane lines, and other inner-city driving images to the infotainment system, the Model 3’s 100 mbps links would be more than enough.

Considering that the Model Y’s ethernet links are pretty much overkill with this update, it appears that Tesla may have adopted the computer upgrades primarily due to two potential reasons. One, the change may be motivated by a need to future-proof the all-electric crossover further. And two, the move to 1 gigabit links may partly be due to cost efficiencies. A lot of this may be motivated by the general trend of the tech sector.

Tesla Model 3 owner u/NetBrown of the r/TeslaMotors subreddit, who works as a network engineer, noted that it has become very difficult to find 100 mbps ports at a reasonable price today. Thus, it would actually be more practical for Tesla to use 1 gigabit links for the Model Y considering the costs of the components today, even if it’s a bit overkill in terms of speed.

Of course, it should be noted that Tesla is a company that rolls out incremental improvements to its fleet of vehicles as soon as something better is available. While these new computer parts are available in the Model Y now, it would likely be only a matter of time before the same system is adopted to Tesla’s other vehicles like the Model S and Model X. Newer Model 3 sedans may also have adopted these upgraded ethernet links as well, considering that the all-electric sedan shares 75% of its parts with its crossover sibling.