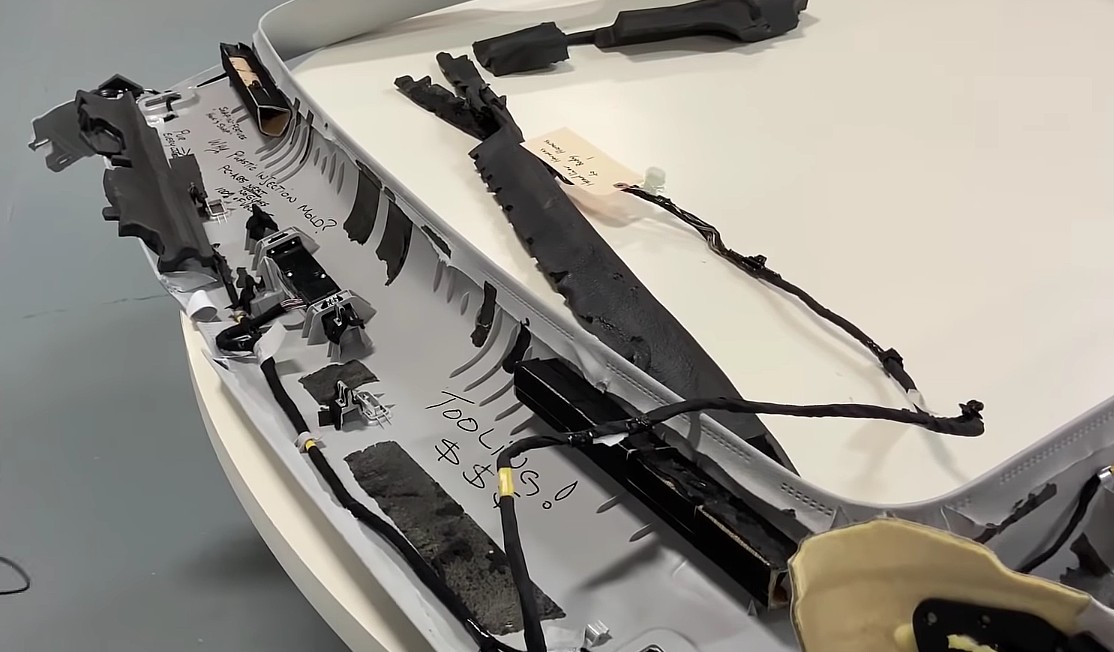 The future of the crossover market may have already started changing–the auto industry has just not realized it yet. Signs of this shift could be found beneath the surface of the Tesla Model Y, a crossover that represents the years of experience in vehicle making that the Silicon Valley-based company gained since it started building cars over a decade ago.

The Model Y could almost be described as Tesla’s most unassuming vehicle based on its exterior. Featuring a very similar design as the Model 3 and lacking the flashy features of the Model X, the Model Y looks very understated. This is one of the reasons why it was so easy for critics to dismiss the Model Y. Some, on account of the crossover’s Model 3-based design during its unveiling, even flat-out insisted that the Model Y does not exist.

The Model Y is currently undergoing a thorough teardown and analysis from automotive specialist Sandy Munro of Munro and Associates. The progress of the Model Y teardown has been incremental due to the ongoing pandemic, but the sections of the vehicle that have already undergone analysis all show one theme: the Model Y is the representation of Tesla’s refinements to its vehicle production process over the years, regardless of how minor they might be.

This could be seen in a comparison of the Model Y and the Model 3’s headliner. A look at the first-production Model 3’s headliner shows that Tesla seemed to have gone for a more traditional approach for the component, such as using glue to set specific parts in position. Tesla used a more unique injection-molded headliner for the Model Y, which eliminates the need for much of the glue used in the Model 3’s component. A hefty dose of Noise, Vibration, and Harshness (NVH) countermeasures were also found on the crossover. Overall, the Model Y shows a far more sure-footed Tesla, one that has solid experience in carmaking.

Elon Musk has noted on Twitter that teardown experts like Munro will likely find many pleasant surprises in the Model Y, and so far, this does seem to be the case. While the vehicle still has areas for improvement, the fact remains that the crossover, which is still in its first production, is already far more refined than its predecessor. From its novel Octovalve system to its use of rigid wiring that can be set by robots on a fully-automated line, the Model Y seems to be Tesla’s most forward-thinking vehicle yet. And this could make all the difference.

The Model Y is competing in the crossover segment, which is highly competitive but incredibly lucrative. Just like the pickup truck market, there are vehicles that have become legends in the crossover industry, from affordable entries such as the Toyota RAV4 to premium SUVs like the Porsche Macan. The Model Y is designed to compete in this market and offer potential customers a compelling alternative to tried and tested vehicles. Considering its price, its tech, and the fact that it seems to be designed very well, the Model Y will likely have more than a fighting chance to compete.

Tesla has a habit of making a vehicle that ends up becoming a Trojan horse of sorts. The Model 3 is one of these, as the car ended up disrupting the midsize premium sedan market to such a degree that sales of rivals like the BMW M3 have been decimated, despite critics largely dismissing Tesla in the lead up to its release. But unlike the Model 3’s first production units, even the Model Y’s first run already shows a certain degree of maturity in vehicle design and manufacturing. The Model Y will only get better with time as Tesla continues to refine little aspects of the vehicle, but even at its current state, the all-electric crossover is already something that is out of the ordinary.

And that is the biggest irony of all. Legacy automakers appear to have adopted a pretty dismissive approach to the Model Y. Save for Ford, which has unveiled the Mustang Mach-E, and Porsche, which has announced an all-electric Macan, the premium all-electric crossover market seems strangely open for domination. Just like with the Model 3, legacy auto appears to be all-too-willing to make way for the Model Y. And just as before, by the time competitors realize the all-electric crossover’s true potential, there is a very good chance that they will be late, just as the Model 3’s rivals like the BMW i4 are late today.