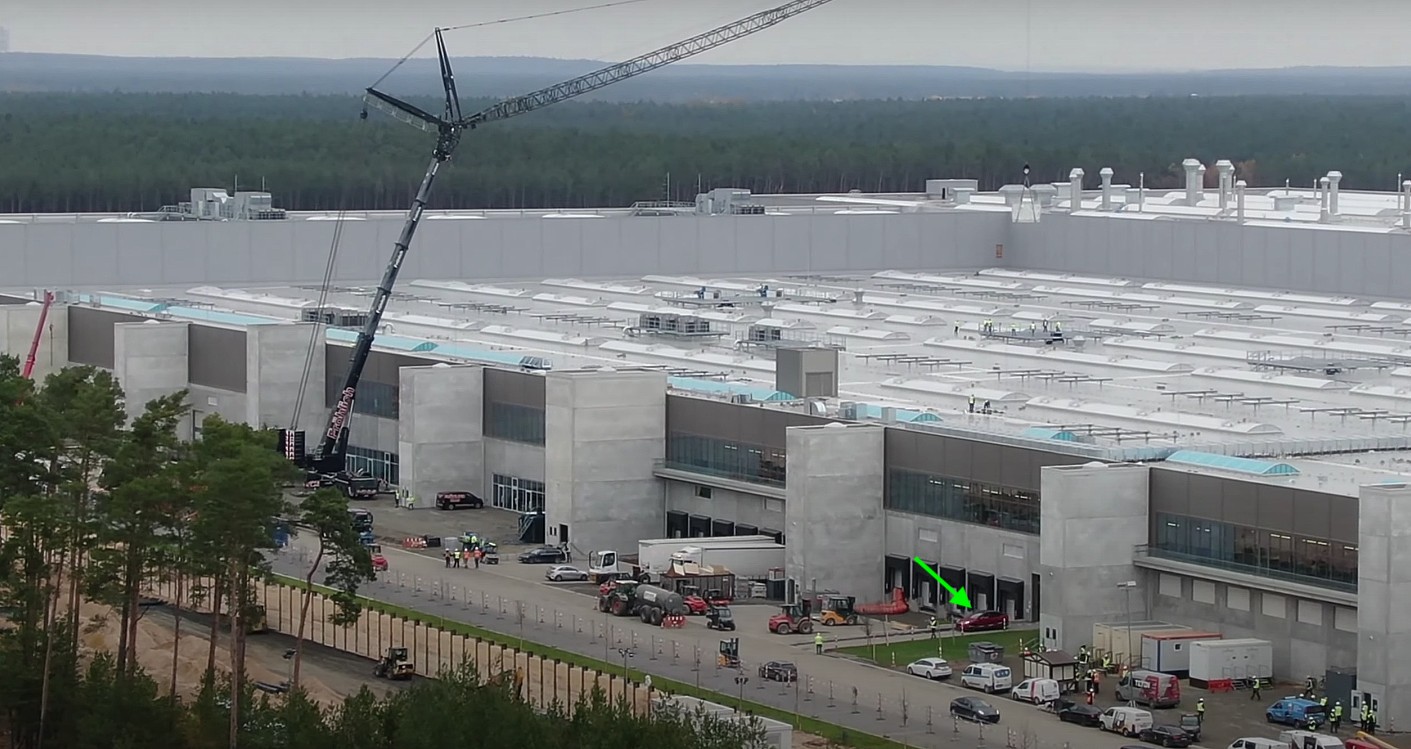 It appears that some trial EV production activities may be ongoing at Tesla’s Germany-based factory. During a recent flyover of the massive Grünheide site, several Tesla Model Y units that seemed to have been produced in the facility were spotted rolling out of Gigafactory Berlin. The all-electric crossovers then proceeded to head over to the site’s test track.

While the three Model Y units seemed to have been produced in the Gigafactory Berlin complex, there is also a chance that the vehicles were just used to calibrate the production equipment that have long been set up in the facility. That being said, Model Y units that were used for calibration do not typically use Gigafactory Berlin’s test track. With this in mind, there seems to be a decent chance that the vehicles spotted in the recent video were locally built.

Another noteworthy aspect of the recent Model Y sighting in Gigafactory Berlin is the fact that the three vehicles were painted in different colors. If the all-electric crossovers were indeed produced in Giga Berlin, then this could hint that Tesla is now well on its way in testing its next-generation paint shop. There is a lot of hype surrounding Giga Berlin’s paint shop, as CEO Elon Musk has noted that the facility would be Tesla’s best so far.

While Gigafactory Berlin is still quite stuck waiting for its final permit, Tesla’s recent activities on the site suggest that the company is doing what it can within the confines of the early approvals that the project have received to date. Gigafactory Berlin was initially expected to start production sometime in the second half of 2021, but this timeframe has been delayed as the project met opposition from local groups. The final approval for the facility also remains pending.

Tesla seems ready to start putting the pedal to the metal with Gigafactory Berlin’s operations. During the country fair that the company held last month, Tesla showcased some of Giga Berlin’s key sections, and while the company all but highlighted that it was not building cars on the site just yet, the EV maker did give the impression that it is ready to go. For now, the wait continues for Gigafactory Berlin’s start of operations, especially as local groups opposed to the facility are yet to throw the towel on their opposition to the facility.

Watch a recent flyover of the Gigafactory Berlin site in the video below.