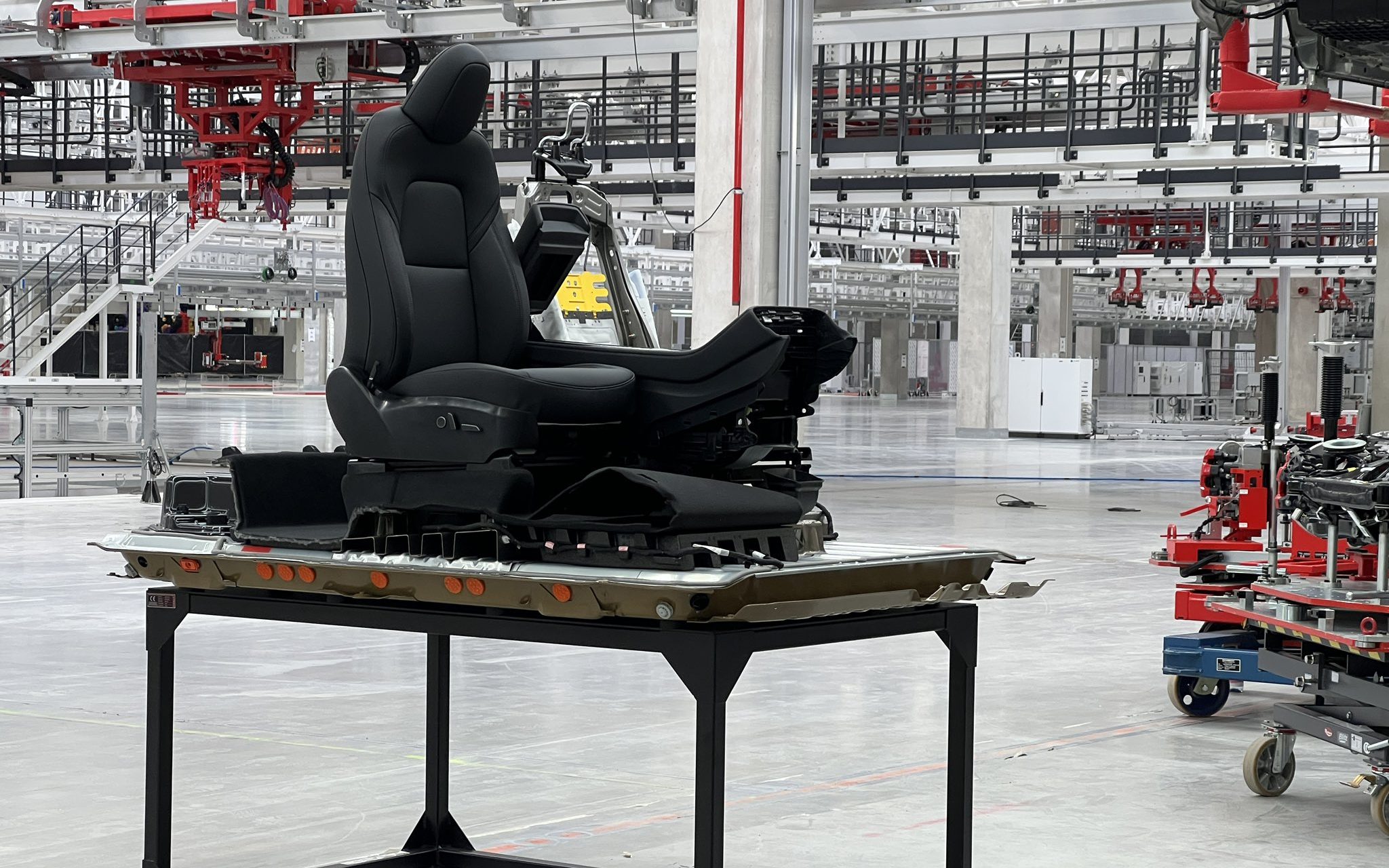 The substantial amount of savings that would result from Tesla’s use of structural battery packs was highlighted recently at the company’s “Country Fair” in Gigafactory Berlin. As shared by some of the event’s attendees, Tesla featured some exhibits in its factory tour which showed the Model Y’s seats being directly mounted on the vehicle’s structural battery pack.

Tesla featured two Model Y seats in its exhibit, one without cushions and another being finished. Both seats were directly placed on a battery pack. Tesla investor Adam Berg noted that he was able to speak with some of the company’s high voltage and process engineers, and he was reportedly informed that final production Model Y from Giga Berlin would indeed be mounted on the vehicle’s structural battery.

Such an update might seem quite minor, though it bodes well for the company’s manufacturing efficiencies. Mounting the Model Y’s seats into the vehicle’s battery would likely allow Tesla to reduce the parts needed to make the all-electric crossover while making production even more optimized for automation. With lesser parts, the assembly of the Model Y could be accomplished faster, and the buildout process could be less prone to errors.

On a lighter note, the Model Y seats’ exhibit at Giga Berlin’s Country Fair suggests that lumbar support for the all-electric crossover’s front passenger seat might be making a comeback. This is quite an interesting observation from attendees of the recently-held program, as the component was removed from Tesla’s US-made Model 3 and Model Y earlier this year. Following the removal of the component for the passenger side, Musk noted that vehicle logs showed very few actually used the feature.

Giga Berlin’s Country Fair featured several interesting exhibits from Tesla, though it is evident that the company’s 4680 cells and structural battery packs practically stole the show. With Tesla being very secretive about its 4680 cells and its structural battery packs, it was quite great to see the company showing off some real-world models for its upcoming technology. And considering the images that have been shared from the Giga Berlin Country Fair, it seems that Tesla is definitely taking strides towards becoming one of the world’s most efficient automakers, bar none.

Tesla seems intent on building its next generation of vehicles on the structural battery pack model. During the Q&A section of the Q3 2020 earnings call, Elon Musk told Jefferies analyst Philippe Houchois that Tesla would be moving away from the skateboard platform that it practically pioneered with the Model S. He also stated that the company would be moving fully to a new breed of vehicles that utilize structural batteries. Musk likened Tesla’s structural batteries to how modern aircraft in the way that they store fuel in their wings.