It is now just a matter of time before Tesla unveils the next vehicle in its product roadmap — the Model Y. Aimed at the auto industry’s most lucrative segment today, the all-electric SUV and its potential success could definitively establish Tesla’s reputation as a successful carmaker. With this in mind, the Model Y’s 2019 release could be seen as a strategic move for Tesla, since the company is now at a point where it has matured enough to produce a vehicle of such magnitude and caliber as the all-electric SUV.

The compact SUV segment in the United States is an incredibly competitive market. In 2018 alone, auto sales tracking website CarSalesBase noted that the Toyota Rav4 — the reigning king of compact SUVs — sold 427,168 units in the United States. In second place was the Nissan Rogue with 412,110 vehicles sold, and in third place was the Honda CR-V, which sold 379,013 units during 2019. Each of these vehicles sold so well, their individual sales exceeded Tesla’s record-breaking 2018 sales of 245,240 electric cars, which included 145,846 Model 3.

That said, Tesla’s 2018 sales for the Model 3 were no joke. With more than 145,000 units sold over the year, the electric sedan ended 2018 as the US’ best-selling luxury vehicle, far outselling its closest competitor — the Lexus RX, which also happens to be an SUV. It should be noted that the Model 3 accomplished this feat despite the United States generally preferring SUVs and pickup trucks over passenger cars. With the Model Y, Tesla would be removing this handicap, as the company would be competing in the SUV segment with an all-electric SUV that is bred to dominate.

The success of the Model 3 and the tribulations Tesla passed through during the vehicle’s ramp all contribute to help in the production of the Model Y. When Tesla started producing the Model 3, it was a carmaker whose experience was limited to the production of two relatively low-volume premium vehicles, and CEO Elon Musk was still prone to hyper-ambitious goals that border on the unrealistic. As Tesla went through the Model 3’s production challenges, and as the company hit its stride with the vehicle’s manufacturing, the electric car maker matured. This maturity became evident in Tesla’s Q2 2018 earnings call, when Elon Musk showed a notable amount of restraint and humility. Musk’s timelines since then have remained ambitious — though a lot more realistic — as shown in the company’s timetable for Gigafactory 3.

With a more mature Tesla and a more experienced Elon Musk leading the Model Y charge, the electric car maker could escape a considerable amount of the challenges it faced with the Model 3. Musk had expressed his optimism with Model Y production during the recently held fourth-quarter earnings call, when he noted that the vehicle would require much lower CAPEX than the electric sedan. Discussing the upcoming vehicle’s production further, Musk stated that the Model Y would likely see a seamless buildout, considering that it would likely be built in Gigafactory 1. This would be a notable advantage for the Model Y, considering that its battery packs would be made in the same site.

“Three-quarters of the Model Y is common with the Model 3, so it’s a much lower CAPEX per vehicle than Model 3, and the rest is also quite low. Model Y is, I think, 76% was when it got in common with the Model 3. And we’re most likely going to put Model Y production right next to — in fact, it’s part of our main Gigafactory in Nevada. So, it will just be right there. Batteries and powertrains will come out and go straight into the vehicle. So that also reduces our risk of execution and reduces the cost of having to transfer parts from California to Nevada. It’s not a for sure thing, but it’s quite likely, and it’s our default plan. I would expect Model Y will probably be — the thematic Model Y will be maybe 50% higher than Model 3, could be even double,” Musk said. 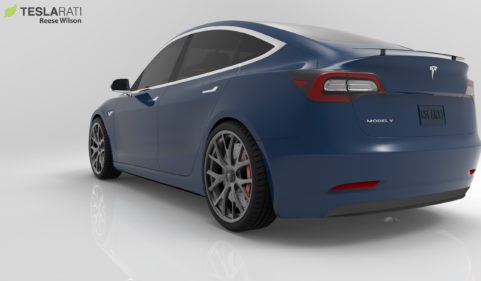 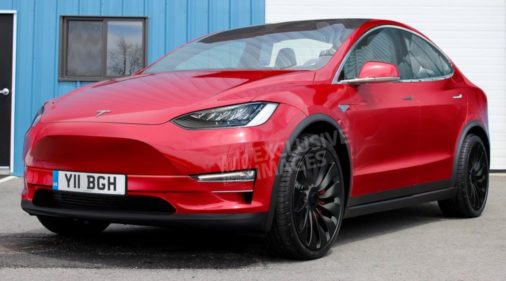 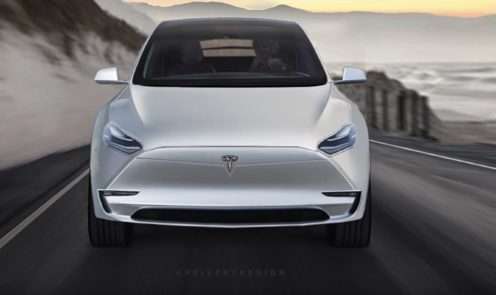 The Model Y’s dominance will not be focused solely on the United States, either, considering that Tesla’s Gigafactory 3 in China is expected to manufacture the affordable versions of the all-electric SUV, which would be distributed to the Chinese market. Just like the United States, China is also a market that has a soft spot for SUVs. Such is the reason why the Tesla Model X — rather expensive vehicle that Musk describes as the “Fabergé egg of cars,” — is popular in China. With a lower-cost car like the Model Y in the market, Tesla’s potential in the Asian economic superpower would likely see a boost as well.

It could be said that much of Tesla’s challenges over the years were the result of its own hubris, as evidenced by the Model X’s overloaded tech and the Model 3 ramp’s over-reliance on automation. That said, there’s a good chance that Tesla would not make these same mistakes with the Model Y. With this in mind, it would be wise for veterans in the auto industry to take the upcoming vehicle seriously, and maybe come up with compelling electric cars of their own — not like seemingly converted vehicles like the Mercedes-Benz EQC either, but more like the Porsche Taycan, which was designed from the ground up as EV.

Just as the Model S and Model X caused a disruption on the higher end of the auto market, so would the Model 3 and Model Y. Provided that Tesla manages to produce both vehicles at scale, and provided that the company can release lower-cost variants that can attract a broader audience, the Model Y and its sedan sibling could ultimately become the electric cars that cement the company’s place in the hyper-competitive auto industry.