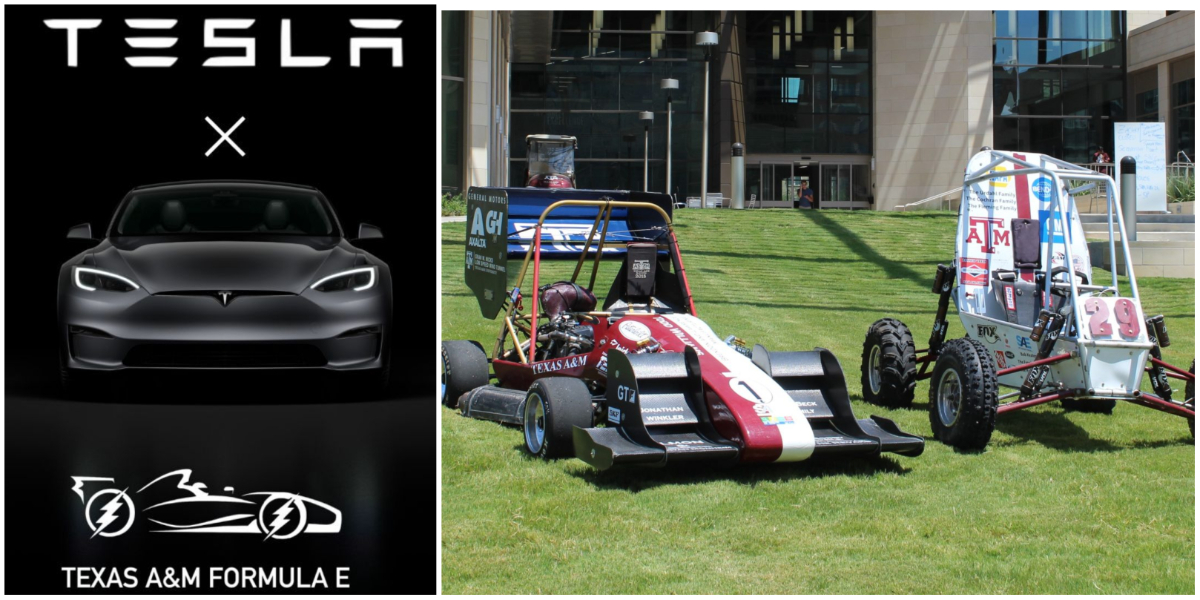 Texas A&M University’s Electric Formula SAE team is being sponsored by Tesla for the upcoming racing season, the team told us in an interview.

Formula SAE is a racing series held by the Society of Automotive Engineers, typically competed in by college teams that put together a single-seater racecar under strict engineering limitations. With the racing series’ new electric variation, Tesla is getting involved and sponsoring a team from Texas A&M University.

Teslarati got a full breakdown of the team, the Tesla sponsorship, and the racing series generally from Gerry Mullins, the Project Manager for the team. However, Mr. Mullins clarified that the Tesla sponsorship is one of many; General Motors, Toyota, and Caterpillar, just to name a few.

Tesla specifically will be supplying the team with 10kWh of battery cells. However, much like the rest of the racecar, the battery pack will have to be custom-made. The students design and construct the vast majority of the vehicle according to guidelines set by SAE. And Texas A&M has an even more arduous design process, as they use a “single-year design cycle,” meaning they design a completely new car every year.

Restrictions for the vehicle design can affect everything from the battery (its capacity and voltage), the motors (their voltage and output), the body of the vehicle (conforming with dimension constraints), and much more. In one of the most extreme examples of a design challenge, the “engineers must produce proof, often using finite element analysis showing that their mounts will withstand a 40g impact…” exclaimed Mr. Mullins.

These engineering challenges can weed out countless teams. Mr. Mullins states, “…of the about 80+ teams that showed up [to competition], less than five were deemed safe enough to compete in the dynamic events.”

The competition entails numerous “tests”/racing events in which the cars must compete. Each of these tests accumulates to find the top car/team. The most notable is the “endurance event” that, in the case of the EVs, is 22km long, but other events include autocross, skidpad, acceleration, and fuel economy for gas vehicles. The competition also includes a business presentation to judges and a cost & manufacturing analysis event (judging the feasibility of their car).

For this year’s design, the team has opted to focus on lowering mass and lowering the center of gravity. However, these design choices are just general guidelines, and the team will have to make countless other design decisions before heading to competition. The team’s first race is in June of next year in Michigan.

Despite the team’s lack of history at the school, it has quickly garnered quite the following and an incredibly competitive application process to join the 30-person team. For the 2023 season, the team received just over 200 applicants, almost entirely from the University’s engineering school.

The Texas A&M team is one of countless teams from around the world competing in SAE’s newest racing series, exemplifying the fantastic engineering we see in electric vehicles and the new passion that has begun to surround them. And if you would like to see this student project continue, I would encourage you to consider sponsoring their new team. It can only help these students as they hopefully continue to better electric vehicles in their careers later in life.