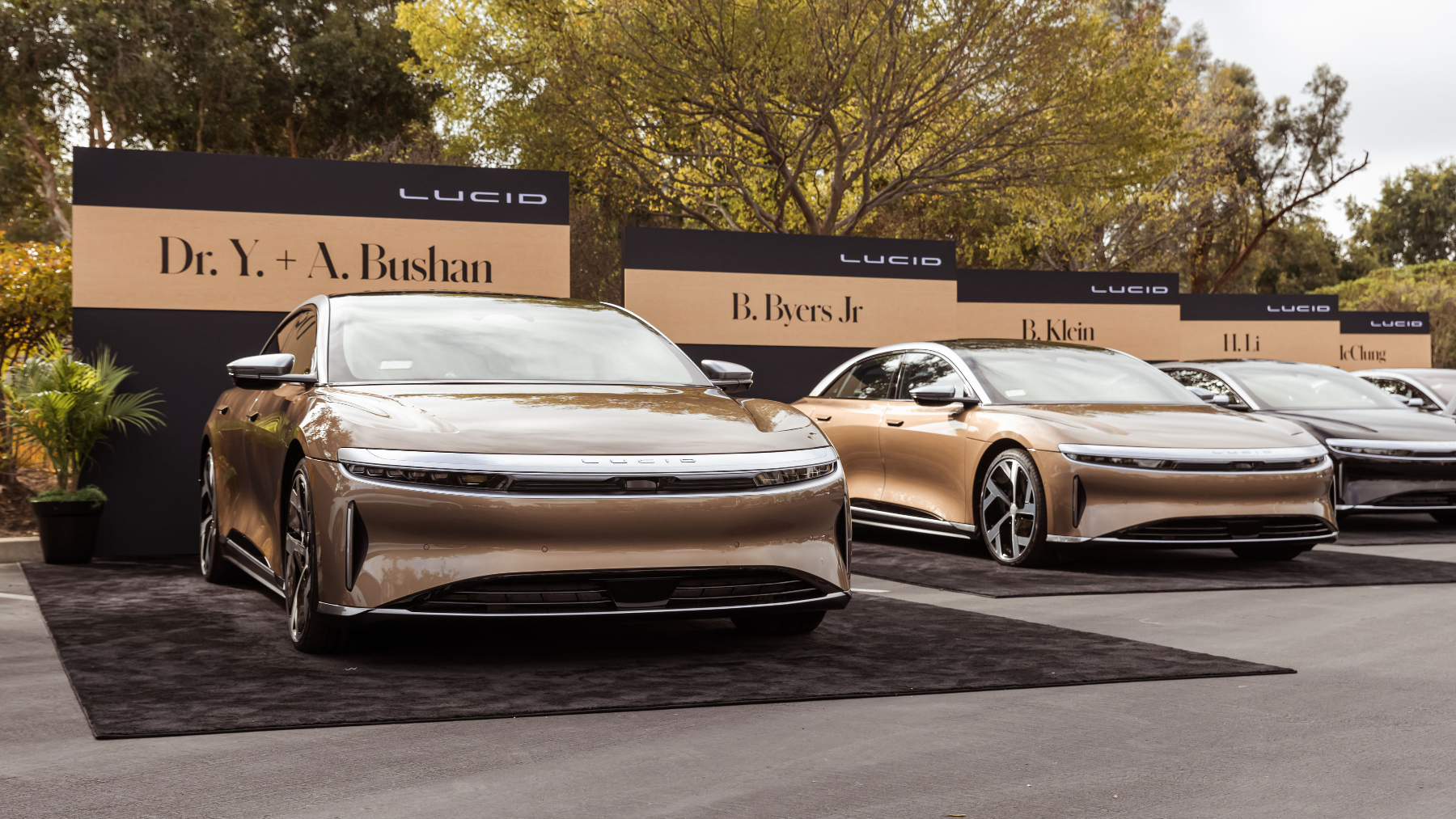 Lucid bounces back with impressive Q3 production of 2,282

Lucid built all 2,282 vehicles at the AMP-1 facility in Casa Grande, Arizona, marking a drastic improvement in production figures, which have evidently been a reflection of the difficulty the automaker felt internally. Struggling with ramping production as many EV startups have, Lucid is making a turnaround and is heading in the right direction, as its Q3 delivery and production figures are indicative of growth.

Lucid struggled in Q2, delivering only 679 vehicles in Q2 while simultaneously slashing production projections for the full year. Although Lucid had originally planned to build 20,000 units in 2022, the company has made several revisions to its plans as supply chain and logistics challenges disrupted its ability to perform consistent manufacturing.

The automaker’s 2022 production forecast was once again cut in August when Lucid said it would look to build between 6,000 and 7,000 vehicles in 2022.

“Our revised production guidance reflects the extraordinary supply chain and logistics challenges we encountered,” Peter Rawlinson, CEO and CTO, said. “We’ve identified the primary bottlenecks, and we are taking appropriate measures…We continue to see strong demand for our vehicles, with over 37,000 customer reservations, and I remain confident that we shall overcome these near-term challenges with a relentless tenacity and a steely determination.”

Lucid reaffirmed its production forecast for the year today. “These figures remain in line with the company’s expectations, and Lucid believes it is on track to deliver on its previously provided 6,000 to 7,000 vehicle production guidance for full year 2022,” Lucid wrote in a press release.

“The good news is that its Q3 production was more than triple Q2 levels and we think the company is on track to hit its full-year production guidance of 6K-7K units (a range it previously lowered twice),” Garrett Nelson, VP of Research at ACRA said, while slashing its price target on the stock from $12 to $6 and maintaining a “Hold” rating. “The bad news is that we think its full-year deliveries will fall short of this range and it is still nowhere near producing at a scale, which will curb its cash burn rates.”

Nelson said Lucid’s production and delivery figures “does little to alleviate investor concerns regarding its balance sheet,” and recommends the company perform a capital raise sometime next year. “Given the decline in the shares, an equity raise would be highly dilutive to future profitability and a debt issuance would likely be much more expensive than it would have been a few quarters ago given recent rate increases.”

Disclosure: Joey Klender is not a Lucid Shareholder.

Lucid bounces back with impressive Q3 production of 2,282