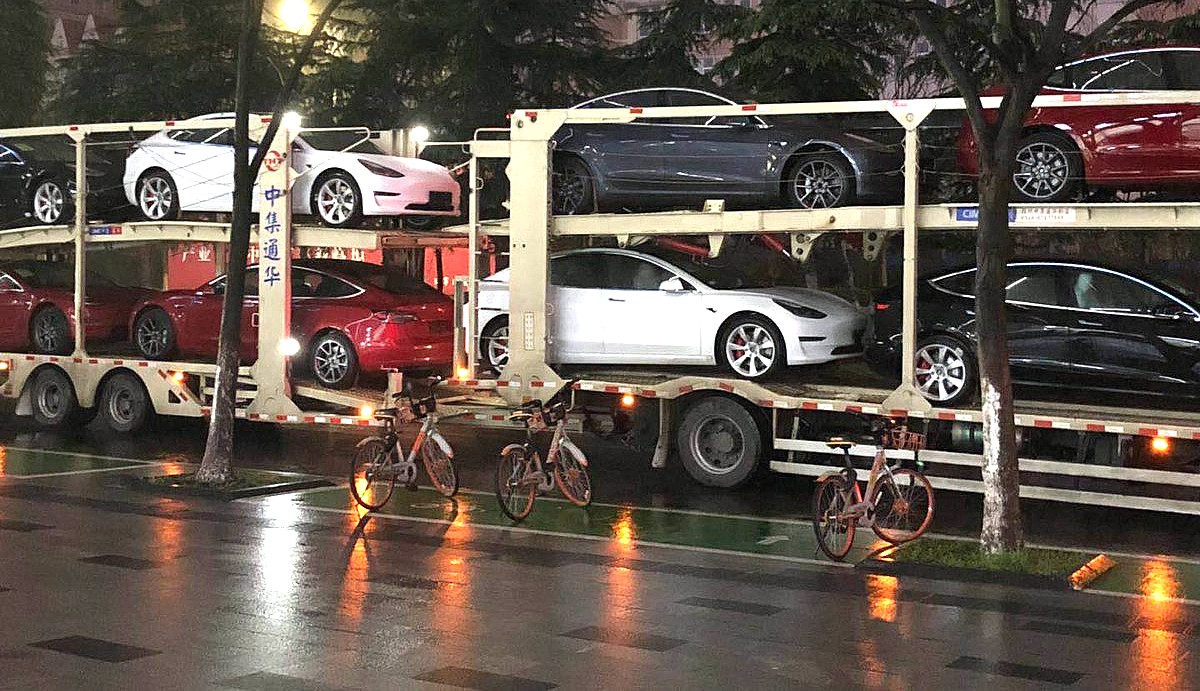 A storm is brewing in China, and it could end up playing into Tesla’s favor. Amidst the company’s release of Navigate on Autopilot for Chinese markets, government regulations for electric vehicle registrations have also been updated, paving the way for a flood of EVs such as the Model 3 to be sold and delivered at numbers never seen before.

With the near-completion of the factory shell of Gigafactory 3 in May, Tesla has been putting the pedal to the metal in its marketing efforts for the Chinese market. So far, the company has rolled out a compelling loan and leasing program, as well as opened pre-orders for locally-made Model 3, which will be manufactured in Gigafactory 3. On Thursday, Tesla also released Navigate on Autopilot for the Chinese market, allowing its local customers to enjoy the company’s most robust driver-assist feature to date.

In what could very well be a stroke of luck, the China National Reform and Development Commission also released a new policy barring local governments across the nation to enact restrictions on electric vehicle registrations. Prior to this update, Tier 1 cities such as Beijing and Shanghai have adopted strategies such as license plate quotas to control the number of vehicles registrations per year.

Beijing, for example, generally required prospective car buyers to get license plate numbers through a lottery. EV buyers are given a bit more leeway, since they are only required to queue up their license plate applications. Considering that the city has a quota of 60,000 EVs per year under the prior system, EV buyers could end up waiting a long time before they are issued a license plate for their electric cars.

While inconvenient, it should be noted that this wait time is still far more convenient than what is experienced by buyers of internal combustion vehicles in Beijing. Apart from having to participate in a lottery for license plates, buyers of ICE cars are also required to follow “limit days,” where their vehicles are forbidden on roads at certain days of the week.

Under the terms of the new regulations, local governments and enterprises are required to give policy support for electric vehicles in terms of purchase restrictions, and even parking fees, among others. Previous restrictions have also been cancelled. This update could ultimately open a torrent of new electric car purchases in China’s Tier 1 cities, as buyers are now more incentivized to purchase an EV. This, of course, could significantly benefit Tesla.

Tesla is currently saturating the Chinese market with the Model 3, though it should be noted that the company is only partly done with its push into the lucrative Chinese market. With Gigafactory 3’s workers seemingly shifting their efforts to the facility’s interior, Tesla might very well reach its goal of producing Made-in-China Model 3s by the end of the year. If Tesla accomplishes this, then the company’s future in China might very well become even brighter.