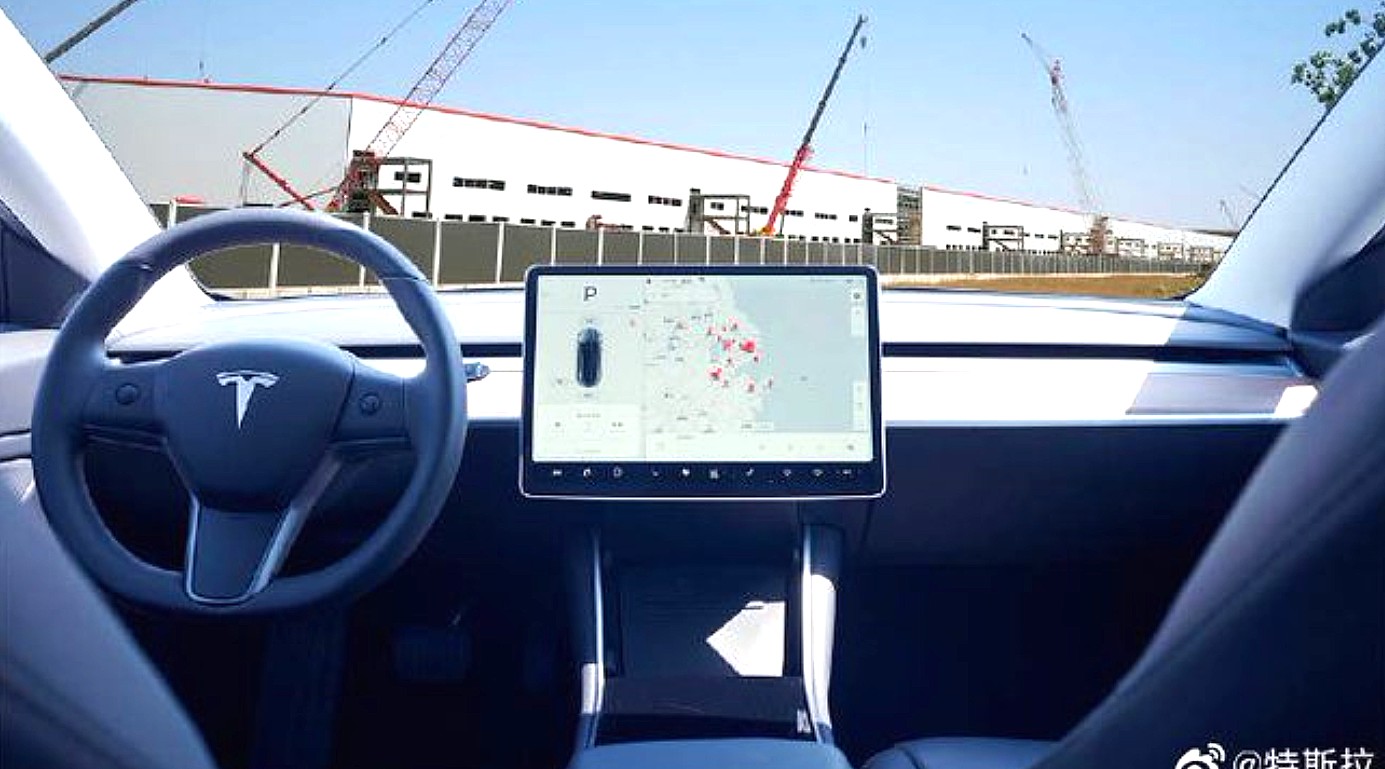 Tesla has revealed that it will be opening pre-orders for locally-made Model 3 in China starting this Friday, May 31, 2019. The announcement was posted on the electric car maker’s official Weibo account, and it included a teaser image of a Tesla Model 3 facing the nearly complete factory shell of Gigafactory 3.

Tesla’s Weibo pre-order announcement included a short history of the company’s vehicles over the years, from the original Tesla Roadster to the Tesla Model 3. Following is a rough translation of Tesla’s Weibo post for its Chinese customers on Wednesday.

“In 2008, Tesla’s first electric car, the Roadster, was officially released. Its record-breaking acceleration, performance, cruising range, and driving performance proved to the world that electric vehicles could be superior to traditional internal combustion engines.

“In 2012, Tesla launched the Model S, a pure electric luxury sedan, with its 17” touchscreen becoming an industry-leading design. In addition, the elegant shape and performance of the Model S completely overturned the expectations of the 21st-century car.

“In 2015, Model X landed on the market with an uncompromising attitude, perfecting a high-performance, safe, and intelligent SUV, and it was awarded by the National Highway Traffic Safety Administration (NHTSA) with a 5-Star Safety Rating.

“In 2017, the more intimate Model 3 impressed countless consumers with its future-oriented design and excellent driving, and it became the US luxury car champion in 2018. May 31, 2019 – Made in China Model 3 will open soon. Expecting to meet you.”

Tesla has hinted at an announcement for the locally-made Model 3 over the past few days. On Monday, Tesla enthusiasts in China were saturated by a cryptic teaser that included the words 储势,待发 (roughly translates to “building up momentum, getting ready to launch”) and a date (May 31, 2019). The company did not provide any other details about its teaser, though it provided a follow-up the next day.

On Tuesday, Tesla released another teaser in the form of a fun Model 3 guessing game. The rules of the game were simple. From a set of hint numbers, Tesla fans were asked to guess and decode the list price of locally-produced Model 3. A report from Bloomberg which cited a source familiar with the matter suggested that Tesla will likely price the China-made Model 3 between 300,000 RMB ($43,400) and 350,000 yuan ($50,600) before subsidies.

Tesla’s decision to open pre-orders for China’s locally made Model 3 on May 31, 2019, is a bold move for the electric car maker. For one, it could result in some potential Model 3 buyers holding out for the arrival of the more affordable versions that will be coming out of Gigafactory later this year. This also puts incredible pressure on the company to get Gigafactory 3 ready for production as early as possible.

Optimistic estimates for Gigafactory 3’s initial Model 3 production suggest that the first vehicles could be manufactured in the Shanghai-based plant as early as September, though a long list of pre-orders for the domestic Model 3 will likely push the company to go for an even more aggressive timetable. Nevertheless, such a strategy will keep the Model 3 and Tesla visible to Chinese consumers, which would most likely benefit the electric car maker.

Gigafactory 3 is expected to produce the affordable versions of the Model 3 and Model Y for the Chinese market. By doing so, Tesla would be able to compete in China’s fast-growing and lucrative electric car segment using vehicles that are more competitive in price against offerings from local electric car companies.