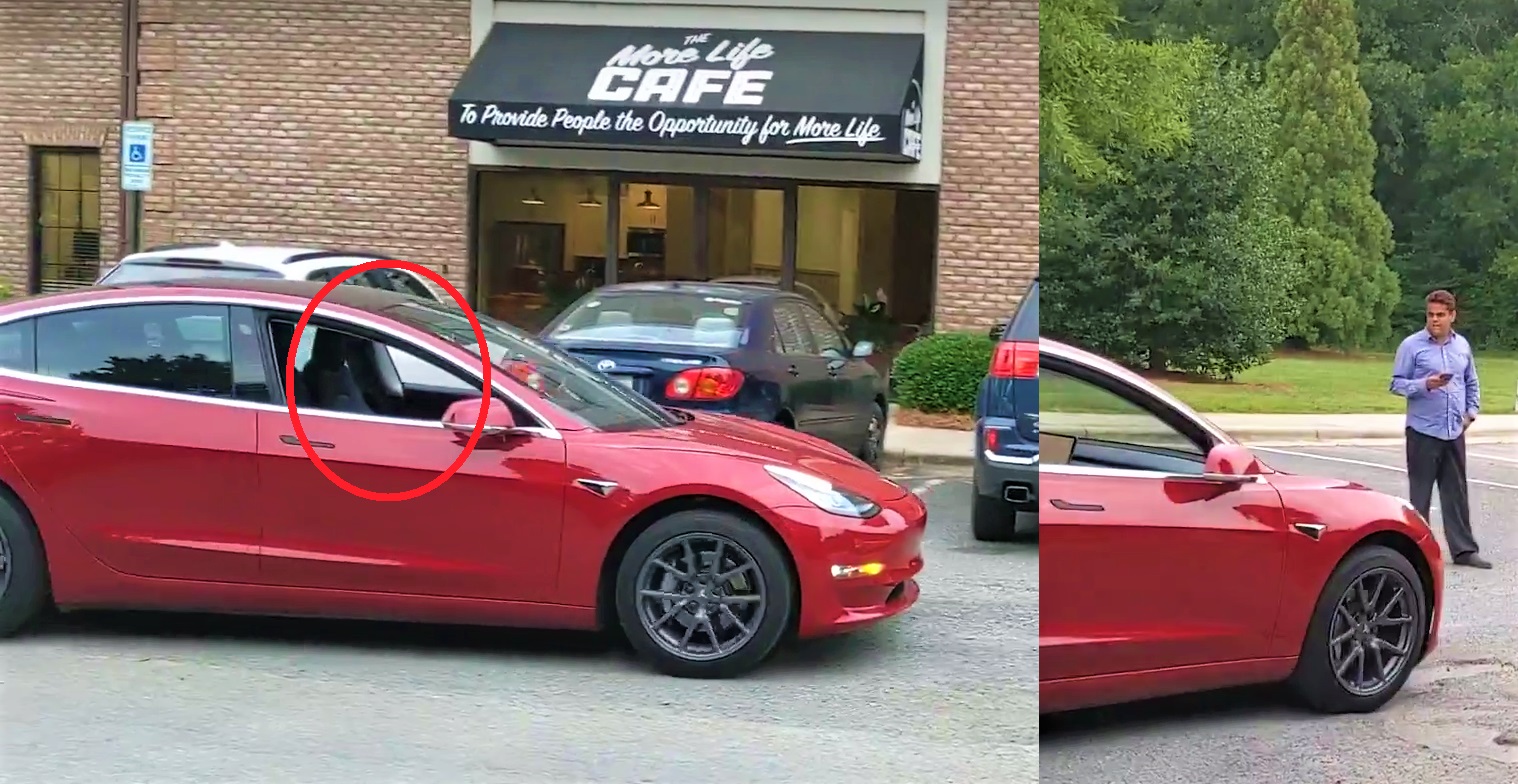 An updated version of Tesla’s Enhanced Summon – a set of new capabilities that allow drivers to operate their vehicle through the Tesla mobile app – has been released in software version 2019.20 for owners in the Early Access Program. A recent video showing the feature in action on a Model 3 reveals a smoother and faster journey to its summoned location compared to the feature’s prior releases.

This latest video doesn’t challenge the Model 3 with obstacles on its path; however, a previously published demonstration of the feature showed accurate detection of obstacles in a busier parking lot. Vehicle movement was rigid and much slower then, however, whereas the feature in the 2019.20 release drives with more confidence. Similar to previous releases of the feature, the Model 3 in the 2019.20 Enhanced Summon demonstration simply followed the shortest route to its operator.

The current iteration of Summon utilizes a vehicle’s ultrasonic sensors to move forward and backward in a straight line, whereas the new version utilizes data from Autopilot cameras to allow the car to drive itself to a destination. It also has a maximum call distance of 150 feet. Self-parking and reading parking lot signs to determine whether a space has any restrictions are expected to be part of the feature next year with a further update.

Tesla CEO Elon Musk teased last month that the final release of Enhanced Summon was ‘almost ready’ and that he was personally testing the feature. It should be noted that “soon” has been the timeline for release of the feature since last year, but since Tesla is already rolling out the beta version, wider public releases are likely to come sooner rather than later this time. Clarification on the name should also come, too. Musk has responded to references and/or referred to the feature as “enhanced”, “advanced”, and “smart” on various occasions.

Tesla’s Enhanced Summon, together with the company’s Navigate on Autopilot with unconfirmed lane changes, is part of the company’s Full Self-Driving suite, which CEO Elon Musk expects to be “feature complete” by the end of the year. Musk has ambitious plans for Enhanced Summon, stating that in the near future, a Tesla “should be able to drive around a parking lot, find an empty spot, read signs to confirm it’s valid & park.”