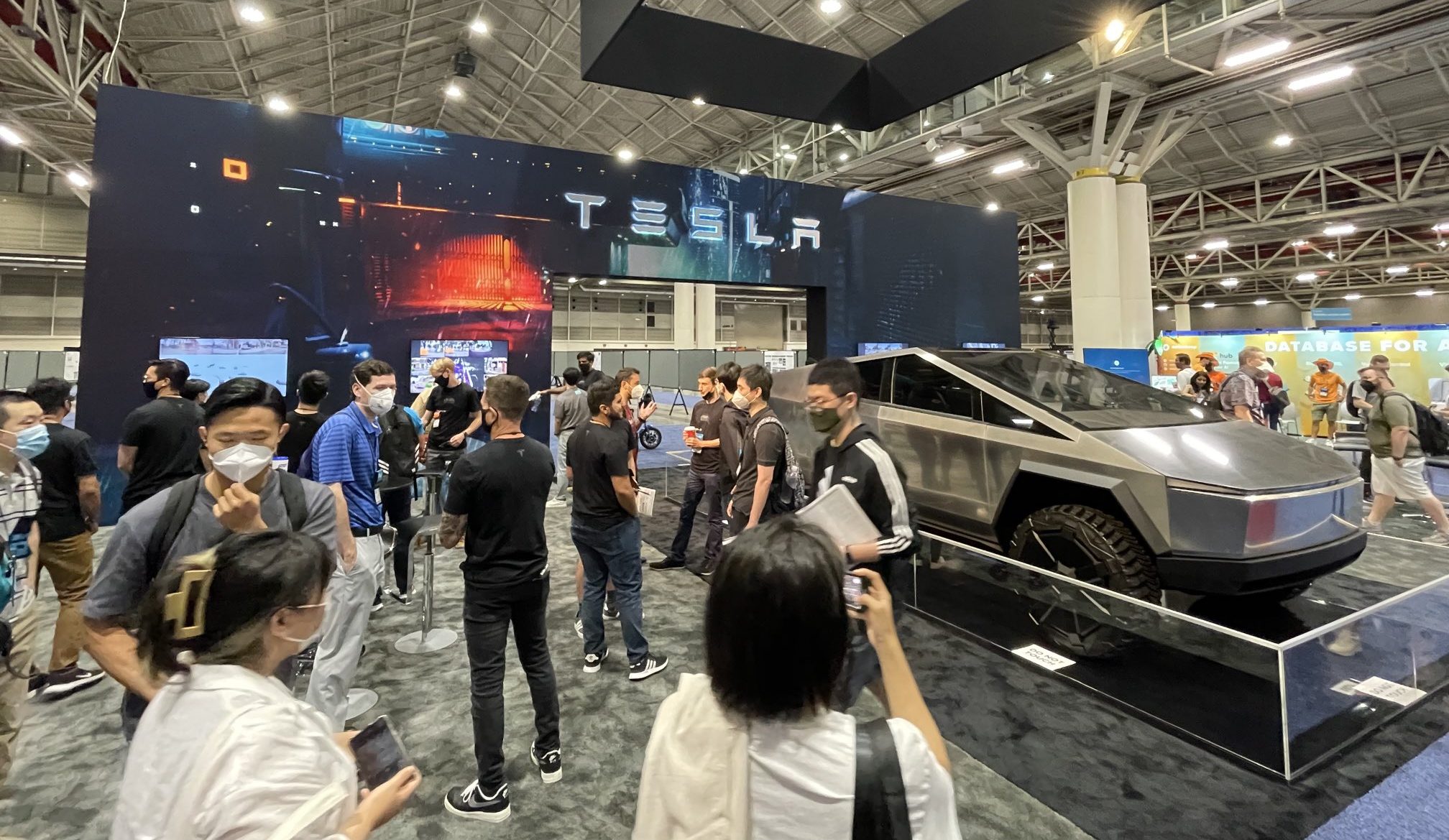 Tesla has been showcasing the Cybertruck quite frequently as of late, with the all-electric pickup truck being brought to the Computer Vision and Pattern Recognition Conference (CVPR) in New Orleans recently.

The Cybertruck’s presence at the event came not long after Tesla brought over the updated prototype of the all-electric pickup truck at the Michigan International Speedway’s Formula FAE event. Interestingly, Tesla opted to bring over its original Cybertruck prototype to CVPR instead.

A photo of the original Cybertruck prototype was shared on social media by Tesla’s Director of Autopilot Software Ashok Elluswamy, who invited attendees to visit the company’s booth. The Tesla executive noted that members of the Autopilot team and some engineers are at the event. Just like in previous sightings, the Cybertruck seemed to attract a lot of attention from the event’s attendees.

The original Cybertruck prototype features some differences compared to the most recent versions of the truck. The vehicle is still equipped with door handles, tires with aero covers, no side mirrors, no physical wipers, a fully-finished interior, and a dashboard made of paper composite. Some of these components, such as the vehicle’s dashboard, appear to have been changed in the updated Cybertruck prototype.

CVPR 2022 is expected to be the “largest gathering of professionals from across the world and from every aspect of the computer vision, machine learning and artificial intelligence industry,” as per the event’s official website.

A look at the floor plan of the exhibitors at CVPR 2022 shows that Tesla’s booth is one of the biggest at the event. Tesla is joined by other companies noted for their AI programs, such as Apple, Meta, Microsoft, and TikTok, as well as autonomous driving companies like Argo AI and Zoox.

Tesla’s participation at the prolific AI conference highlights a point that Elon Musk has been emphasizing for some time now. Musk has noted that while Tesla today is mainly known for its premium electric cars, the company will be known more as an AI robotics company in the future. This, according to the CEO, is because Tesla is currently “developing one of the strongest hardware and software AI teams in the world.”