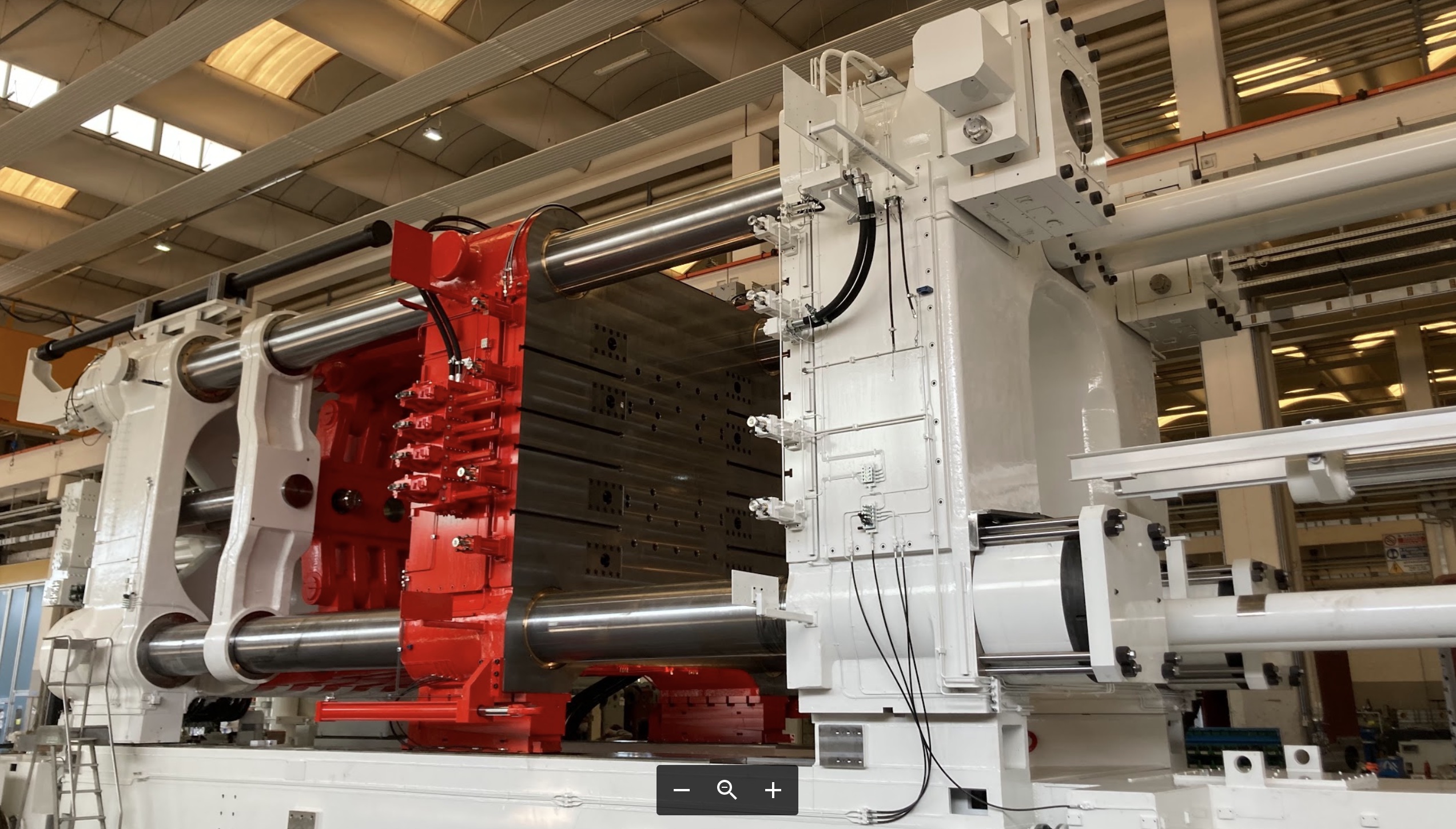 Redditor u/IeZael shared his experience during IDRA’s open house tour at their headquarters in Brescia. He visited as an engineering student, so his tour was structured differently from investor and customer visits.

According to the Redditor, customers and investors would get a detailed briefing on IDRA’s 9,000-ton Giga Press and a tour of the factory. Meanwhile, students were only allowed to see the finished Giga Press machine and talk with a few engineers.

Despite going on the student tour, u/IeZael still gathered some exciting tidbits about IDRA’s 9,000-ton Giga Press. First, IDRA acknowledged its competitors, but the company is confident that it holds key advantages in the field that would make replicating its success difficult.

The die casting machine producer shared that it could technically make a Giga Press that could handle a little over 9,000 tons with its current design. However, anything significantly more than 9K tons would require more extensive changes, specifically to the machine’s overall architecture. IDRA did not disclose any details about the assembly/disassembly process of the Giga Press, except for the fact that it was easy to do.

IDRA engineers did not outright reveal the name of the client who ordered the massive Giga Press, but did hint that the colors of the machine pretty much gave away the identity of the buyer. The 9,000-ton Giga Press has a similar color scheme to the machines used for the Model Y underbody casts in Tesla’s other Gigafactories.

In general, IDRA claimed that it had a good symbiotic relationship with the client who ordered the 9k-ton Giga Press and enjoyed the challenges they provided. Despite IDRA’s attempts to keep everything hush-hush, Elon Musk already confirmed that Tesla would use IDRA’s 9,000-ton Giga Press for the Cybertruck’s body.

IDRA is holding an open house from June 6 to 14, 2022 in Italy to a select number of customers for the chance to see its 9,000-ton Giga Press. It seems like potential customers or investors will get to see the Giga Press in action.

“We are honoured to offer you a preview in our facility to show you the latest design in Die Cast Machines. You will be one of the first to preview our new 9000t Giga Press under test including the 5S injection system as well as other medium sized fully integrated manufacturing cells. Come and see the real thing,” said IDRA.