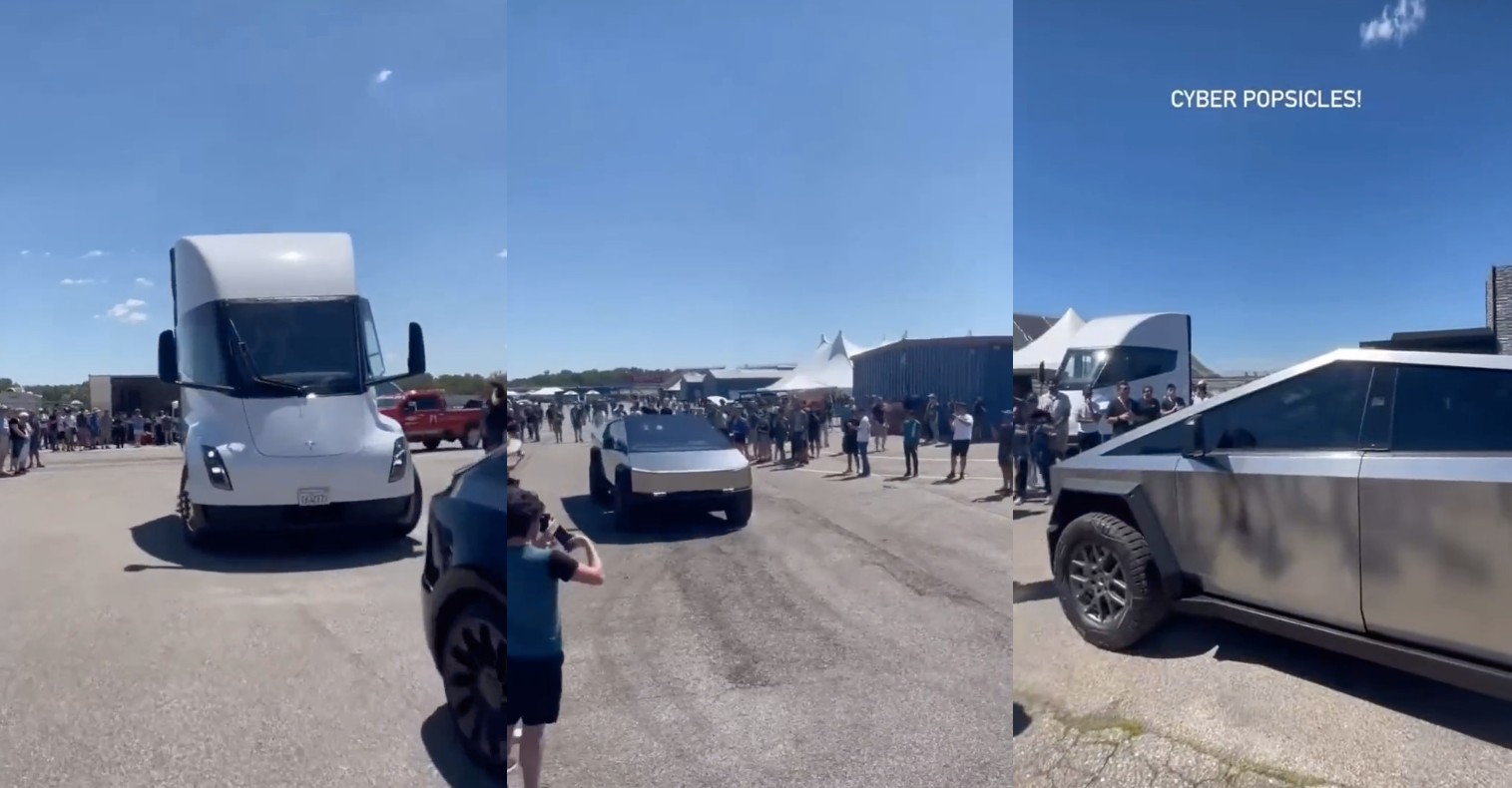 Tesla’s updated Cybertruck and Semi prototypes recently made a rather rare appearance at the Michigan International Speedway. While the Semi’s daunting presence was evident in the event, it was the Cybertruck’s wiper blade — its absence, specifically — that caught the eye of several EV enthusiasts online.

The updated Cybertruck prototype also made an appearance at the Michigan International Speedway last month. Back then, the vehicle was sighted during the May round of the Formula SAE competition, which was participated by university and graduate students. Based on Tesla’s Instagram page, it appears that another round of races was held this past week.

“20 of Tesla’s sponsored student electric vehicle teams compete in the Formula SAE races this week. Tesla provided teams with battery cells or discounts, mentorship, and design reviews — opening the doors for more teams than ever to compete in the EV division,” Tesla wrote.

But while the company’s Instagram post was mainly focused on its Formula SAE contributions, Tesla also shared some videos of its updated Cybertruck and Semi prototypes that were brought over to the event. Photos that were posted by the company showed that its upcoming vehicles attracted quite a lot of attention, as they simply looked future-proof.

This was the case even if other compelling, modern electric vehicles were present at the event. Formula SAE’s official Facebook showed that several new electric cars were in attendance, such as the Rivian R1T and the Lucid Air. Even amidst these vehicles, however, it is difficult not to be drawn to the Cybertruck and the Semi.

Interestingly enough, the updated Cybertruck prototype was not equipped with a physical wiper at all this time around. Tesla’s wipers for the updated Cybertruck prototype have been pretty varied over the past months, as the vehicle has been spotted with wipers that looked like they were intended for the Semi, a single large wiper, and a small, seemingly extendable wiper.

It should be noted that the Cybertruck’s original prototype was not equipped with a wiper at all, which has led to speculations that the company may explore some unorthodox solutions for the all-electric pickup truck’s wipers. Considering the varying physical wipers that have been sighted in the updated Cybertruck prototype, however, it appears that Tesla is still exploring options for the vehicle’s production components.