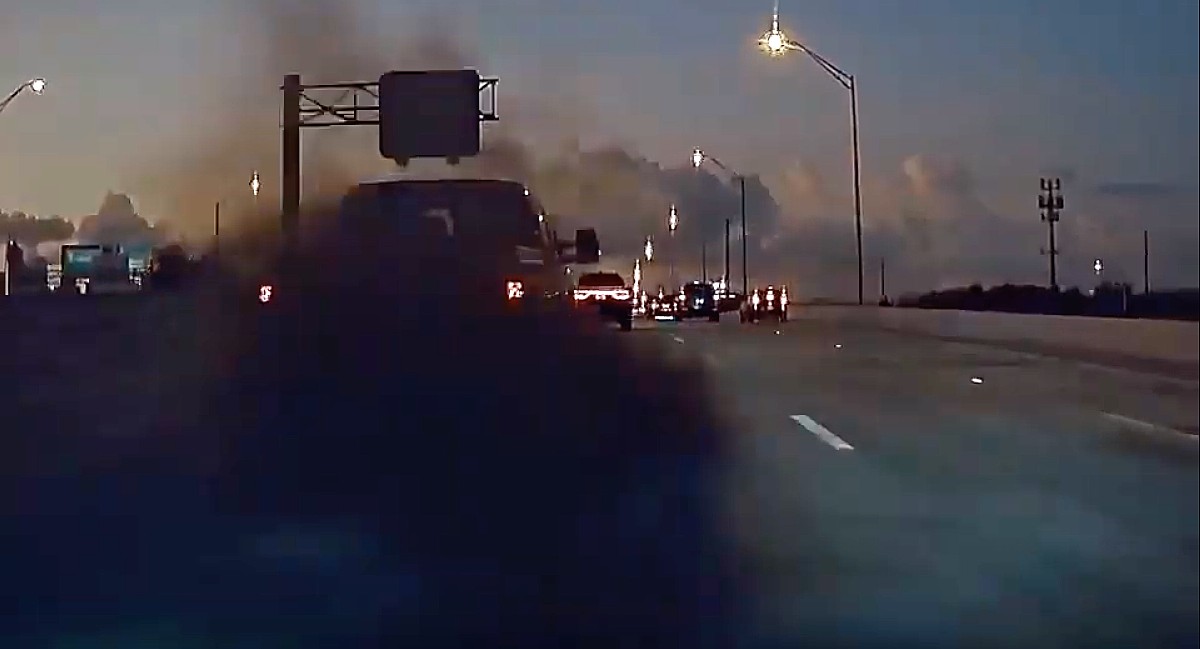 An owner of a Tesla Model 3 Performance variant fell victim to a “coal roll” attack from a large diesel truck early Friday morning, showing the ongoing hatred of electric cars from some drivers of traditional combustion engine vehicles is still very much alive.

“Coal rolling” is a practice used by diesel truck owners where they emit excessive amounts of diesel fuel into their vehicle’s engine in order to produce large amounts of black smoke in the air. The act is usually identified as a form of “anti-environmentalism” because it requires illegal modifications to a vehicle’s emissions equipment to be performed.

Jeff Mahin was driving to work on his normal commute route on I-95 near Downtown Miami. Suddenly, a lifted Ford truck overtook Mahin’s Model 3 Performance from the left-hand side, before stepping on the gas and unnecessarily blowing petrol-based smoke in front of the electric sedan. Mahin tried to maneuver away from the truck, but unfortunately, the truck was not finished. The driver of the Ford cut off multiple vehicles in an attempt to get in front of Mahin’s Model 3, successfully coal rolling him once again. In the 39-second Tesla Dashcam clip Mahin uploaded to YouTube, he was cut off and coal rolled a total of four times, making it completely apparent the driver of the truck had a serious issue with the electric vehicle he was sharing the road with.

Thanks to Mahin’s Model 3’s dashcam, he was able to share the incident on YouTube and hopes it will bring some light to the fact that rolling coal is dangerous to not only drivers who are targeted, but to anyone else on the road as well. Mahin believes he was the victim of this attack due to his vehicle not being powered by petroleum-based fuels. “I just could not believe how far out of his way he went to try to blow smoke on me,” Mahin said. “I went into the right lane to avoid him and he risked his life and other lives to not use his blinker and shoot across lanes to continue to try to blind me with smoke.”

The act of rolling call was deemed illegal by the Environmental Protection Agency (EPA) in 2014, as they stated it is a direct violation of the United States’ Clean Air Act of 1963. Furthermore, the EPA has stated on its website it is illegal to purchase or install “a part for a motor vehicle that bypasses, defeats, or renders inoperative any emission control device [and] prohibits anyone from tampering with an emission control device on a motor vehicle by removing it or making it inoperable prior to or after the sale or delivery to the buyer.” In response to the growing popularity of coal rolling, seven states in the U.S. have stated the act of rolling coal is either illegal or extremely frowned upon.

Dashcam and Sentry Mode have fortunately captured many incidents of vandalism against Tesla vehicles in the past. While this incident, in particular, did not lead to any accidents or damage to anyone’s vehicle, the act of rolling coal is dangerous as it limits visibility to those who are targeted. Thankfully, no person was hurt during the act either. “I am just glad my children were not in the car,” Mahin said.

You can watch Jeff Mahin’s Model 3 Performance being attacked by a truck through the act of coal rolling below: