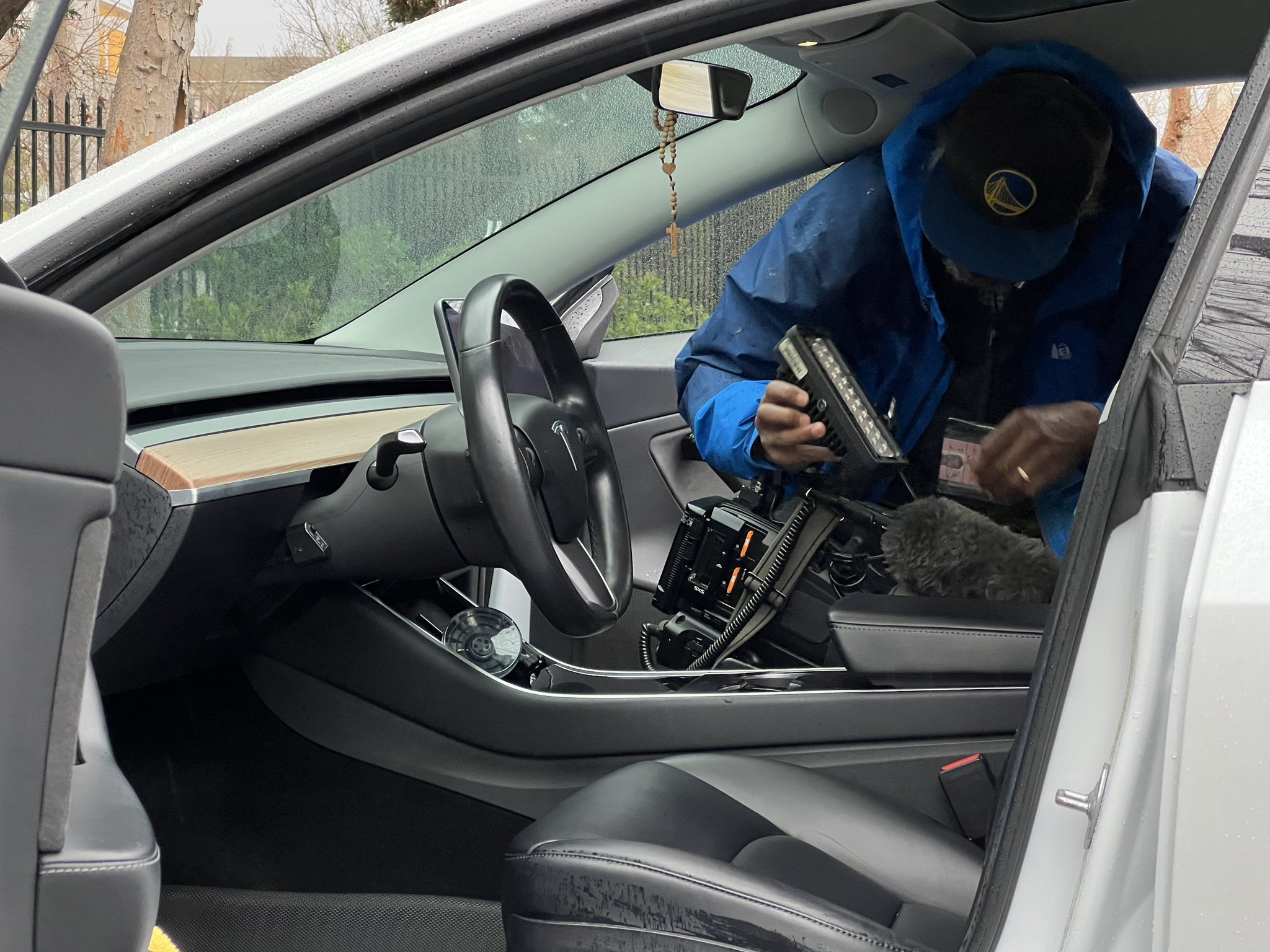 On Thanksgiving Day, the owner of a 2021 Tesla Model S claimed that his vehicle was operating with Tesla’s FSD Beta engaged and that the technology malfunctioned, causing an eight-car pile-up on San Francisco’s Bay Bridge.

The club tweeted that it had the unique opportunity to host an FSD Beta ride along with Brooks Jarosz with KTVU to simulate and re-enact what could have occurred in the accident. At this time, KTVU hasn’t published its story yet, but San Francisco has been dealing with a rainstorm that’s been keeping the local news crews pretty busy.

Al Shen, president of the club, told Teslarati that this was a great opportunity to share a first-hand look at Tesla’s FSD Beta technology.

FSD thru the same spot the accident occurred. Couldn’t get the original tweet to include this video. Camera crew was along for the ride. pic.twitter.com/ahWtNGmtVs

In the video above, Shen shared footage of FSD Beta at the exact location of the accident, noting that the camera crew was along for the ride. Shen told Teslarati that he received an email from an investigative reporter from his local Fox News Station affiliate Channel 2.

“They were seeking a chance to re-enact and test out what FSD capability is and how it works on roads, particularly on the section of the SF Bay Bridge, one of the busiest bridges in America where that Tesla Driver caused that eight-car pile up on thanksgiving 2022,” he said.

Shen chose to help his local news station because he felt it was a unique opportunity to share a first-hand look at Tesla’s technology.

“As educated owners and a Tesla Owners enthusiast group here to support the brand’s mission, we felt it was a unique opportunity to give a first-hand look at what Tesla’s emerging autonomy and driver’s assist features for Full Self Driving look like from inside a Tesla as opposed to only reading about it or third-hand knowledge,” he said.

“We utilized FSD beta to navigate us to our rendezvous location and proceeded on the simulated drive across the SF-Oakland Bay bridge, even with inclement rain weather, the system performed nominally under rainy conditions although slower than some traffic.”

“As the FSD Beta vehicle approached the infamous tunnel where the Thanksgiving crash occurred, we proceeded through and even simulated a lane change similar to the one seen in the now-released traffic footage. Again we noticed a slight deceleration but nothing as extreme as what occurred in the accident.”

“FSD Beta offered some lane changes, which we declined to proceed with, the news team was impressed with the visualization and the car’s ability to visualize and process the world around it in real-time.”

“What we felt paramount to do, despite incurring a legitimate strike, was that our driver purposely disobeyed the software and did not confirm when warnings came to put our hands on the wheel and remain attentive at all times. The vehicle disengaged and began to slow down, however, given the open ‘testing’ environment we were in, we pressed the accelerator and resumed our drive at safer speeds and distances,” Shen added.

KTVU aired the video on this evening’s news.

Here’s the @KTVU evening news covering the simulated @Tesla FSD/AP drive we took @BrooksKTVU on this morning across the SF Bay Bridge to dive deeper into what sadly transpired on Thanksgiving 2022. 🔑: It’s on all of us as drivers to be attentive. pic.twitter.com/gwGnuVq7b6