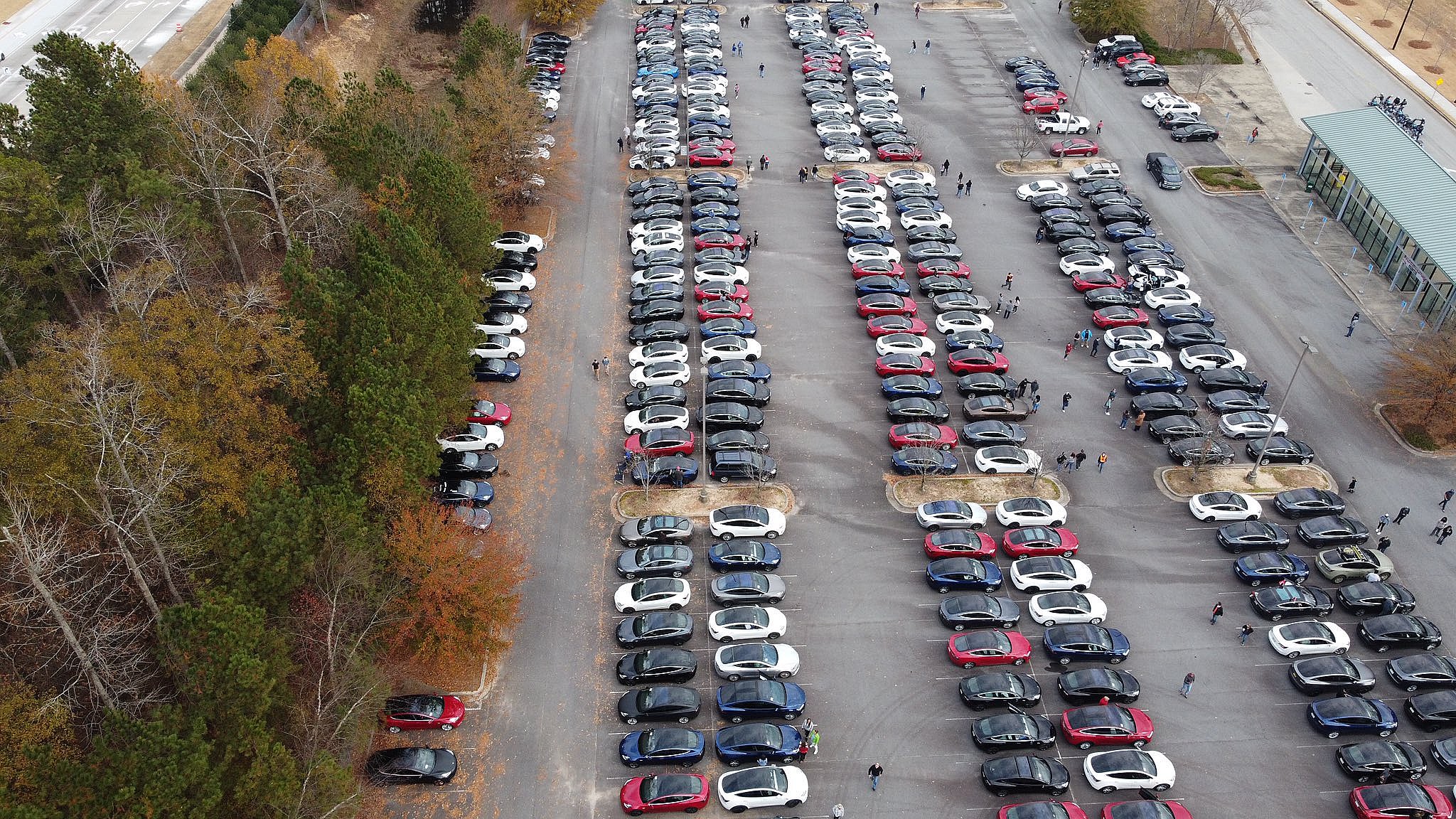 “When something is important enough, you do it even if the odds are not in your favor.”

Those words were said by Tesla CEO Elon Musk when speaking about the struggles that his companies faced in dire times of adversity. They were also spoken by Eliza Bleu, a victim of human trafficking who was lucky enough to be rescued after 9 years. Bleu was at the Longest Tesla Parade on Saturday, where an estimated 340 Tesla owners rallied in Atlanta, Georgia, to combat human trafficking in a massive parade of electric vehicles.

“When something is important enough, you do it even if the odds are not in your favor.”
– Elon Musk

The odds of ending human trafficking are not in our favor, but it’s important that 40.3 million get an opportunity to be free, so we must do it! pic.twitter.com/RRxJXkOFmj

The Miles Through Time Automotive Museum, in conjunction with Tesla Owner’s Club Atlanta, coordinated the largest parade of all-electric vehicles from the Silicon Valley-based automaker in an attempt to raise awareness about the issues of human trafficking. The parade took place on Saturday, December 12, and a total of 340 Tesla cars checked in to the event, making it the largest parade of Teslas ever. The previous record was set in 2017 in Beijing, China, where 145 Teslas lined up in an attempt to set a Guinness World Record.

While the Miles Through Time Automotive Museum provides an in-depth timeline of automotive history and development within their facility, their mission was to raise money for Operation Underground Railroad, commonly known as O.U.R. According to its website, the organization intends to rescue children from sex trafficking and sexual exploitation and has saved thousands of people in 28 countries and 26 U.S. states.

The Longest Tesla Parade, as it was labeled by the Miles Through Time Museum, was coordinated by Sean Mathis, the founder of the museum. “Days before discovering the Guinness record, Atlanta had just had sting that resulting in the rescue of 30+ kids from human trafficking,” Mathis told Teslarati. “My wife apparently followed Tim Ballard on social media who is the founder of O.U.R. and suggested we turn the world record attempt into a fundraiser to help save kids from human trafficking and O.U.R. was going to be the perfect nonprofit that is already set up to help make a difference.”

By the time the parade had wrapped up, 340 Teslas had checked in. Sean and his wife, Torie, did indicate in a YouTube video after the fact that 340 would not be the official number; it would likely be less. “At some point, the parade was broken, but it isn’t a big deal. We only needed 146 to actually officially take the record,” Sean said in a video. The official number, which will need to be confirmed by Guinness World Records to take the world record status officially, will be validated shortly.

It is estimated that 50,000 people are trafficked into the United States each year, from Mexico and the Phillippines most often, according to DoSomething.org. More than half of these cases involved children under the age of 18. Additionally, 40.3 million people are estimated to be victims of human trafficking globally.

The message was simple: raise awareness for human trafficking, and it worked. A total of $8,197 was raised at the event, Johanna Crider of CleanTechnica, who donated and attended the parade, said. Although the parade has concluded, there is still time to donate. $7,209.20 of the $10,000 goal has been raised so far, and 17 days remain in the online fundraiser. To donate, we’ve included the link here.