In what appears to be yet another step towards its goal of operating the safest car factory in the industry, Tesla has been granted a patent that could pave the way for a safer process in battery production. Published today, the electric car maker’s recent patent describes a system to treat and recycle Dichloromethane (DCM), which is among the materials used in the production of electric car batteries.

DCM is utilized in a variety of industrial processes, particularly in chemical plastic welding, wherein softened plastic pieces or surfaces are welded together. The material is also used to soften plastic sheets for stretching or shaping, and as a solvent to remove unwanted compounds. In Tesla’s case, DCM is among the materials used in the forming of a separator base film for an electric car’s battery system. While DCM is invaluable in manufacturing, though, the material carries some health risks.

Dichloromethane is the least toxic among the simple chlorohydrocarbons, but its high volatility makes it an inhalation hazard nonetheless. Prolonged skin contact with DCM could also result in the material dissolving some of the skin’s fatty tissues, causing irritation or chemical burns. With these risks in mind, the manufacturing industry employs ways to recover DCM. Tesla notes that current systems for DCM treatment and recovery are capital intensive, particularly since the process involves expensive components such as activated carbon beds, condensers, steam boilers and distribution systems, density separation vessels, and waste water treatment systems. 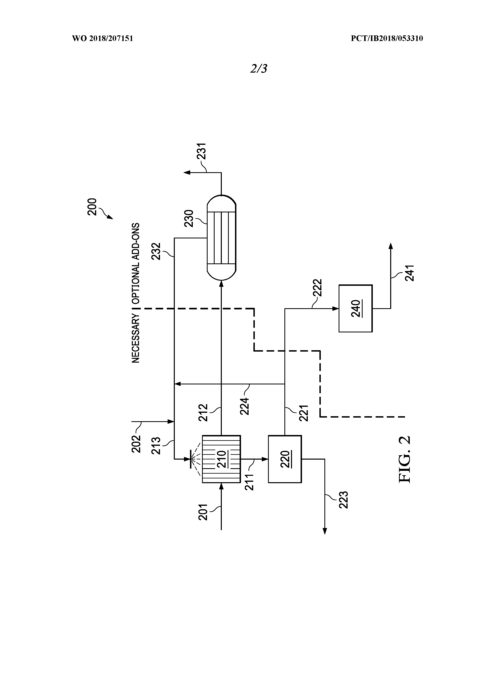 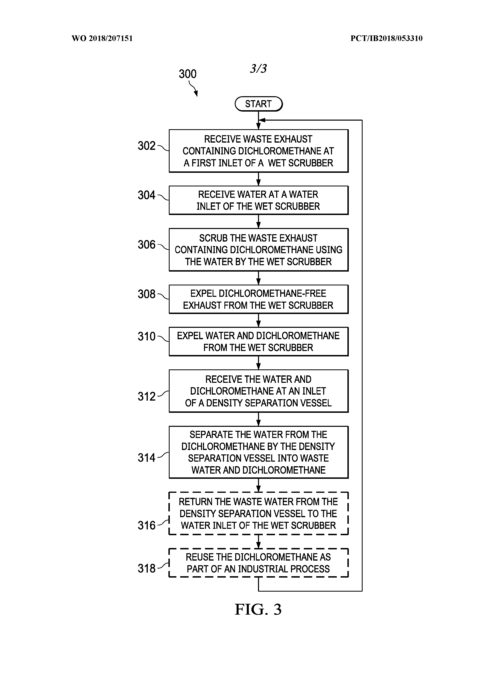 “The DCM itself may then be removed through a heating and/or evaporation process with the exhaust collected. This exhaust containing DCM is then combined with the exhaust from other tools and systems used in the manufacturing process. The combined exhaust may then be fed to a recovery plant to recover DCM. In the recovery plant, the waste exhaust stream is typically treated with activated carbon. This scrubbing process requires high capital expenditure (many expensive components), high operating cost (extensive steam and cooling water consumption which accounts for >20% of total process cost), large footprint requirements, and large amounts of waste water that need to be processed. In order to address these cost and environmental-remediation issues, an improved process for the removal of DCM from exhaust streams is needed.”

Tesla’s use of a density separator vessel is described in the following section from the patent.

Tesla states that compared to more traditional exhaust treatment systems, the DCM treatment and recovery model outlined in its patent effectively eliminates the use of steam and cooling, while also reducing the amount of throughput needed by a waste water system. With these efficiencies in mind, Tesla notes that it could reduce capital expenditures and operating costs “for the same amount of DCM processed processing.” The increased simplicity of the system and reduced airflow rates are expected to help the company get more savings in both capital expenditures and operating costs as well.

More than a way to optimize its operations, Tesla’s recent patent is also a notable way for the company to keep its battery production lines safer for its employees. Such a system would definitely be invaluable for the company, particularly as Tesla is now preparing the Model 3 for a global rollout. With the Model 3 ramp ever-expanding, and with high-volume vehicles like the Model Y and possibly the Tesla pickup truck in the pipeline, optimizations such as a better DCM treatment and recovery system are all but necessary.

Tesla’s recently published patent on its DCM treatment system could be accessed here.