Tesla’s wild concept of a pickup truck that’s large enough to carry a traditional pickup truck on its bed will be arriving after Model Y. CEO Elon Musk confirmed the long-rumored pickup truck when he presented a sketch of the vehicle during a Tesla Semi unveiling event.

“It’s a pickup truck that can carry a pickup truck,” said Musk. “By the way, you will actually be able to drive that with a normal driver’s license. It’s kind of wrong, but I like it.” he added, suggesting that the monstrosity of the all-electric pickup should warrant a commercial truck license, but doesn’t. 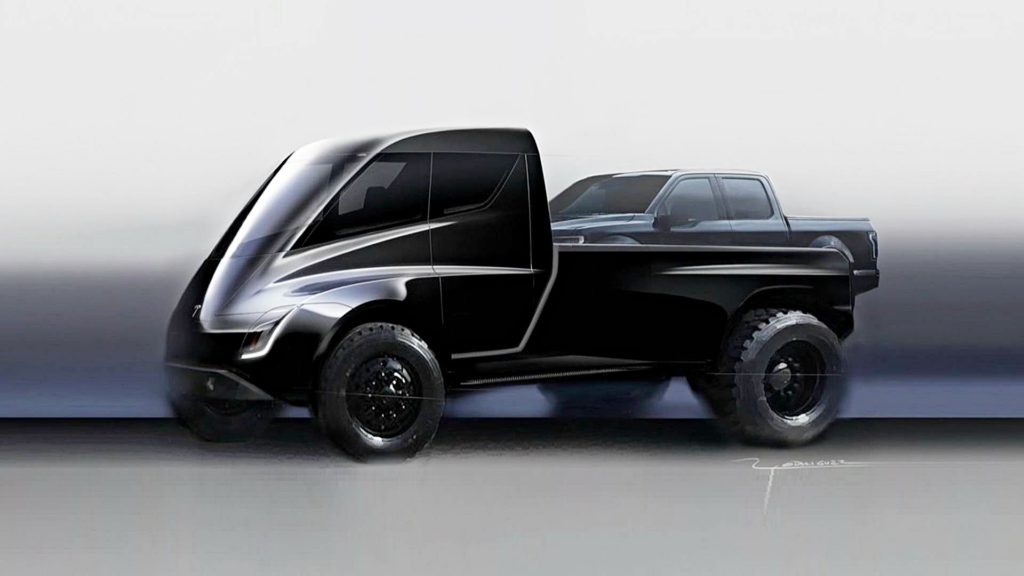 Being able to operate the Tesla pickup with a standard driver’s license would mean that the vehicle would not exceed Class 6 medium-duty truck specifications. As Musk hinted in September, the Tesla pickup will likely be a miniature version of its semi-truck, sans one axle. Instead of using four electric motors derived from the Model 3, as does the Tesla Semi, the all-electric pickup will likely utilize three motors, similar in fashion to Tesla’s next generation Roadster.

What if we just made a mini version of the Tesla Semi?

As outrageous as the concept may look, Musk noted in a tweet that the design and engineering elements for the all-electric Tesla pickup has, in fact, been in his mind for nearly 5 years. And he’ll be making it a reality by building the truck following production of the Tesla Model Y compact SUV.

“I promise that we will make a pickup truck right after Model Y. Have had the core design/engineering elements in my mind for almost 5 years. Am dying to build it.” said Musk on Twitter. 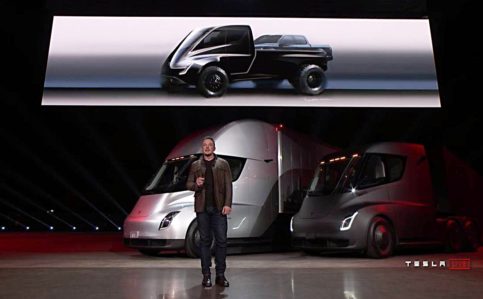 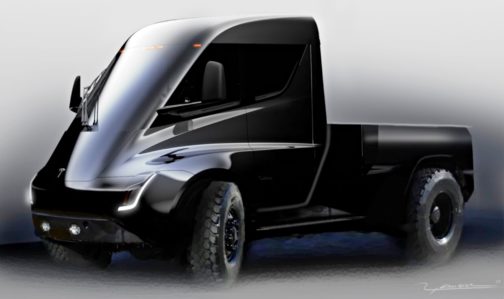 I promise that we will make a pickup truck right after Model Y. Have had the core design/engineering elements in my mind for almost 5 years. Am dying to build it.

Tesla expects to begin production of a Model Y compact SUV in 2019, likely from a dedicated factory in China. Similar to Tesla’s semi-truck, Model Y is expected to have substantial carryover from Model 3 components, in order to speed up production and bring the vehicle closer to market faster. Tesla will be able to greatly reduce research and development costs by leveraging Model 3’s test-proven platform.