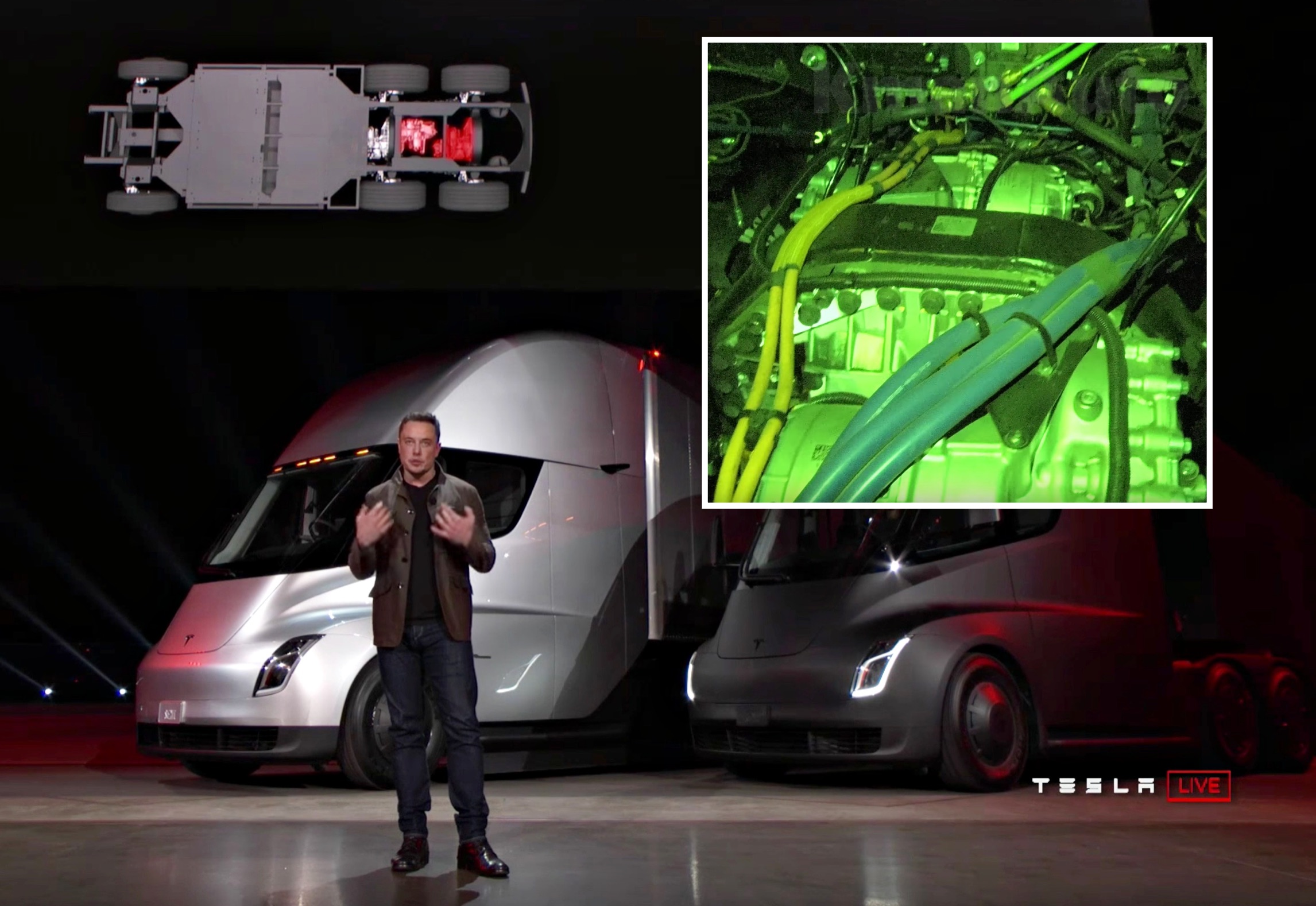 While most of the Tesla Semi attention has been on its 500-mile range and the speculated 1 mega watt-hour battery pack that has the combined capacity of ten Model S 100D batteries, discussion about the semi-truck’s impressive quadruple drivetrain set up has remained sparse.

In addition to having a consumer-car-like driving experience, Tesla Semi’s four drivetrains is designed with efficiency in mind and acts as a redundant system. “You can lose two of the four motors, and the truck will still keep going. In fact, even if you have only two of the four motors active it will still beat a diesel truck.” says Musk. He also noted the drivetrain’s safety benefits, adding “the truck will automatically stop jackknifing because it has independent motors on each wheel and it will dynamically adjust the torque on each wheel so that jackknifing is impossible. Your worse nightmare is gone with this truck.”

A little known fact about Tesla’s semi-truck is that it uses the same electric motors found on the Model 3, as a way for the company to maximize production efficiency while maintaining higher gross margins. “Most of that semi is actually made out of Model 3 parts, by the way.” said Musk earlier in the year during a call with analysts. “We’re able to use a very high volume vehicle, and then combine several motors … I think it’s actually going to have a very good gross margin.” 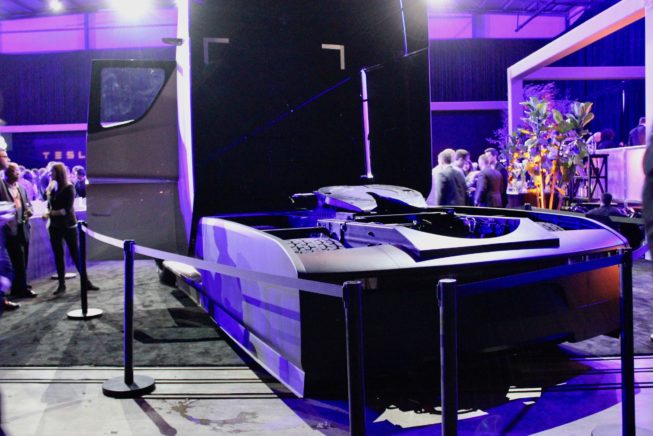 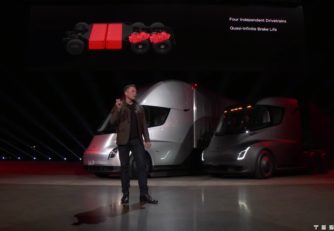 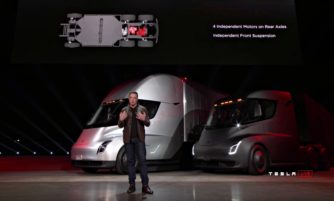 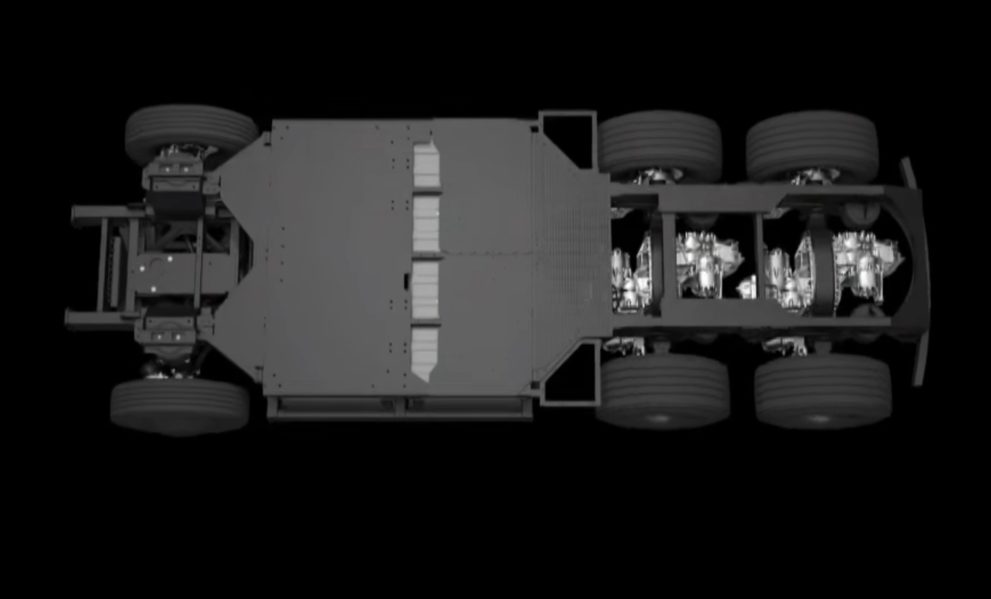 Kman’s latest video provides an in-depth look at the rear electric motors, seen mounted to the two rear axles on the Tesla Semi, and the powertrain’s high voltage cables. We also catch a glimpse of the part number and serial number for the semi-truck’s rear axle and gearbox, by way of his camera’s night vision capabilities.