Tesla’s President of Global Sales and Service, Jon McNeill, has indicated that performance limiting software will be removed from Model S and Model X vehicles in the next over-the-air software update. McNeill’s announcement, made on the Tesla Motors Club (TMC) forum, follows reports that the company was limiting power on performance versions of its Model S and Model X vehicles through a software algorithm designed to protect the vehicle’s powertrain from excessive wear and tear. However, despite the intended safeguards, Tesla owners questioned whether it was right for the electric car maker to ‘downgrade’ performance on a vehicle that was intentionally purchased for its touted acceleration capabilities.

Teslarati was first notified of the potential issue back in September of last year when local friend and Ludicrous Model S P90D owner, best known as Tech_Guy on TMC, sent us graphs showing the loss in power on his vehicle. At first, the issue was thought to be a result of the Firmware 8.0 update that introduced Tesla’s, then, latest Autopilot feature which put radar technology at the forefront. 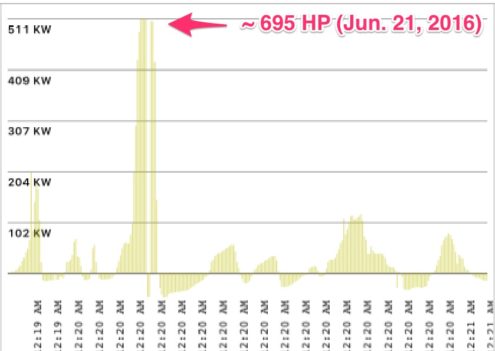 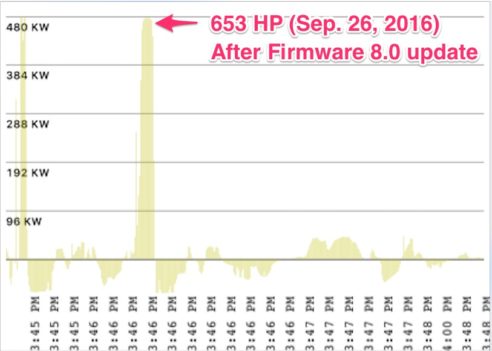 Not sure of the cause for the power loss, Tech_Guy solicited feedback from his local Tesla Service Center only to be told that software on his Ludicrous Model S has limited power output because of too many uses of Tesla’s Launch Mode feature. The issue would eventually be surfaced across TMC, with other owners reporting the same loss in power. More alarming is the discovery that Tesla’s power limiting safeguard was taking place on non-Ludicrous cars and affecting owners with Tesla’s P85D vehicle. Even early P85 cars that pre-dated the company’s dual motor configuration were reported to be affected.

Tesla would later add a disclaimer to its online Design Studio confirming that limiting controls may be placed to protect the performance and longevity of the powertrain.

Service descriptions coming from owners who were concerned that their newly purchased inventory car, or in some instances their certified pre-owned Performance variant, might have been affected by the power limiting software, revealed that Tesla did in fact use an algorithm to ‘count’ presumably the number of times a vehicle was driven under wide open throttle.

The discovery of a possible performance ‘counter’ raises a question of ethics. If an owner purchased a used P85D that was performance limited as a result of too many hard acceleration runs in the past, will the owner know and is it right for Tesla to downgrade the vehicle to essentially an 85D status though they paid for a P85D? The same goes for inventory vehicles which one can argue is more likely to be driven under wide open acceleration, for demonstration purposes, than a brand new vehicle belonging to an owner. Show me the Power

Hailed as a hero among the Tesla owners community, Tech_Guy blew the whistle and surfaced an issue that quite possibly may have never been discovered.

On Tuesday, January 17, 2017 at 4:41 PM Pacific Time, Jon McNeill, Tesla’s President of Global Sales and Service responded to concerns surfaced on TMC with the following:

Based on your input, we have decided to remove all software performance reductions tied to frequent max power usage. These changes will roll out with our next software update (in about three weeks).

We had put these reductions in place to proactively protect the powertrain from wear and tear. Instead, we will monitor the condition of the powertrain and let our customers know if service is needed so that we can take proactive steps, such as by replacing parts if necessary, to maintain the vehicle’s performance.

Heavy-footed Tesla drivers rejoice. You’re getting your power back.